On the Menu is about to change the way we watch food TV.

I live and die by reality cooking competitions, but the most disappointing aspect of these shows is that, at the end of the day, you’re not able to taste any of the food the contestants produce. Sad face!

Fortunately TNT’s new show On the Menu solves this problem.

Hosted by the ever-optimistic Ty Pennington, formerly of Extreme Makeover: Home Edition, and Food Network alumnus Emeril Lagasse, the show has a unique premise: The winning dish will be available in restaurants nationwide the day after the episode airs. Happy face! 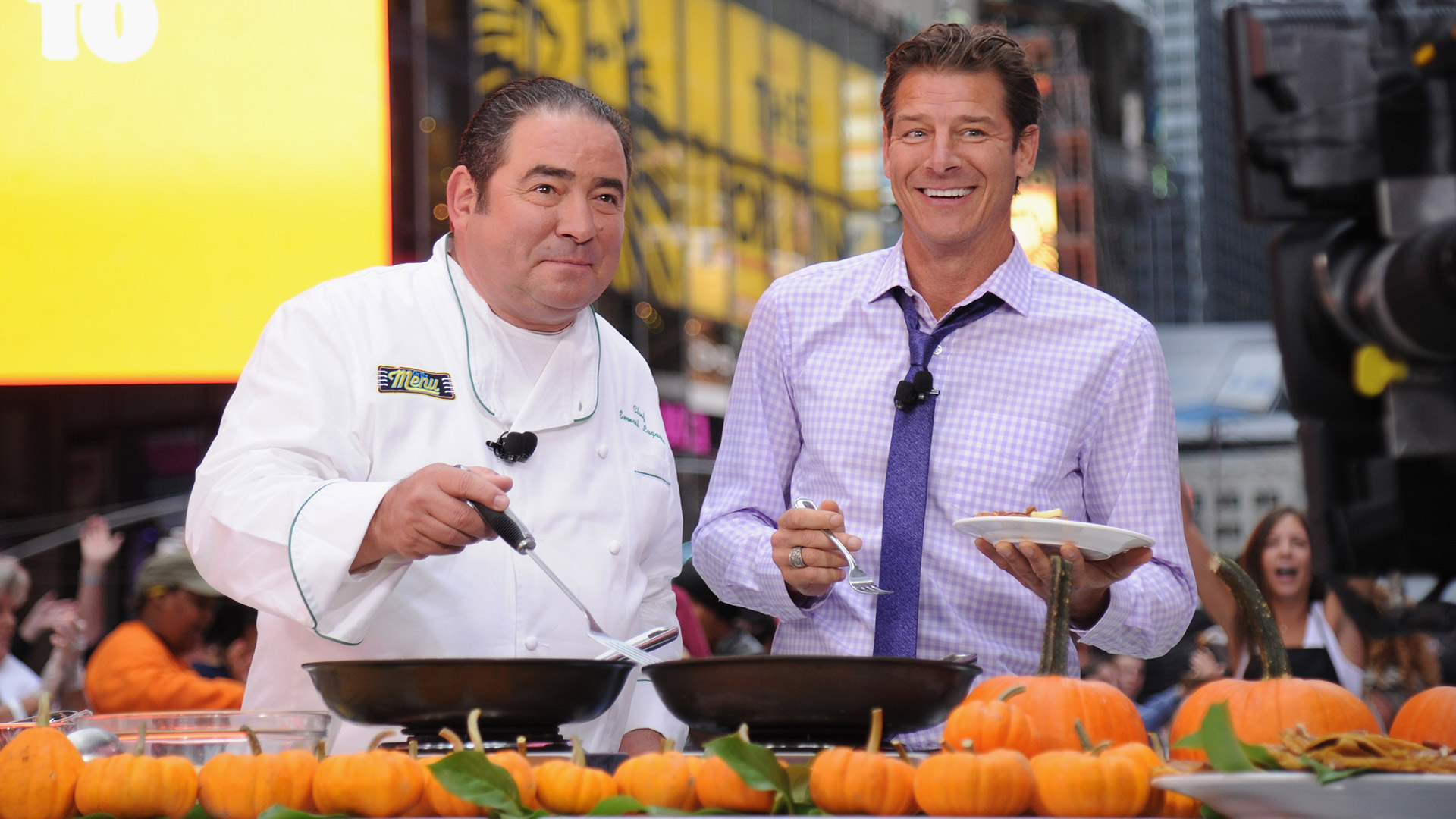 Seriously, how has no one thought of this before? Finally America will be able to taste the food created by its favorite cheftestants. In each episode, the chefs will work closely with a national chain restaurant. According to the Hollywood Reporter, the initial elimination round will have the chefs trying to mimic the flavors of the participating restaurant’s signature dish, while later on they must create their own dish that will fit in with that restaurant’s menu.

TNT’s website lists which restaurant they will be competing for each episode. Emeril’s own restaurant will be featured on Episode 5, and others include The Cheesecake Factory, Outback Steakhouse and Buca di Beppo.

To celebrate the series premiere, Ty and Emeril hosted an event in Times Square yesterday, where they successfully broke the Guinness World Record for World’s Tallest Pancake Stack. 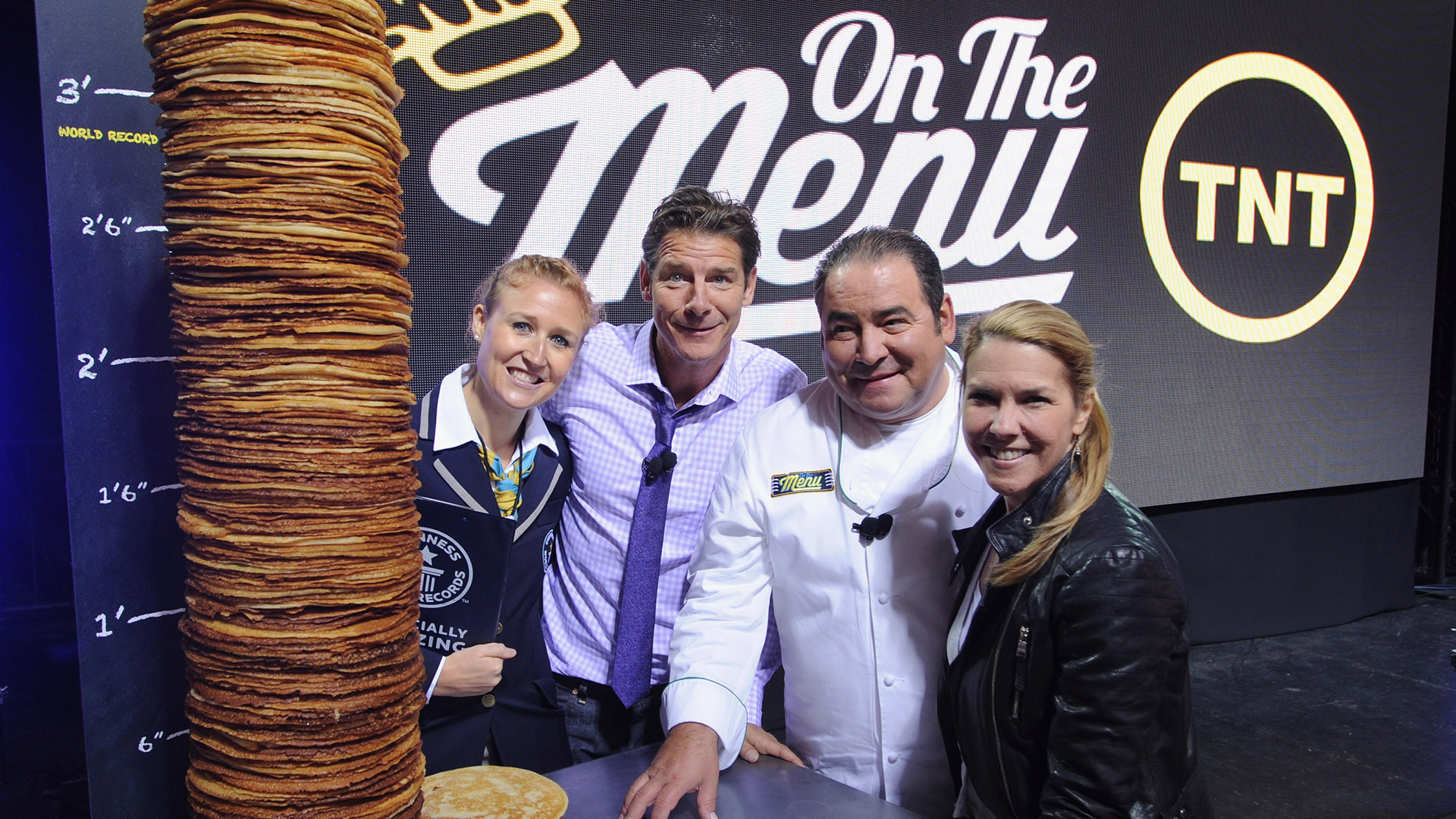 Tune in tonight at 8 p.m. EST to see the contestants compete for a spot on the Chili’s menu, then head there tomorrow to taste the winning dish for yourself, if you’re so inclined.

Scandal was all about booty calls and fried chicken last night
Why Amazon is poised to take on Netflix with new show Transparent
Everyone, calm down — 12 and Pregnant isn’t actually happening