I love cinnamon rolls, but more times than not, I just make them from the can. I know how delicious homemade rolls can be, but I hate waiting for the dough to rise. I’m so impatient when it comes to cooking with yeast.

That’s why when I made these rolls, I knew my life was changed. They give you the same texture as homemade cinnamon rolls but take hours less to make. Plus, no waiting for anything to rise. Hooray for instant gratification! These babies are packed full of a homemade pumpkin spice mixture and little, tiny chocolate chips. 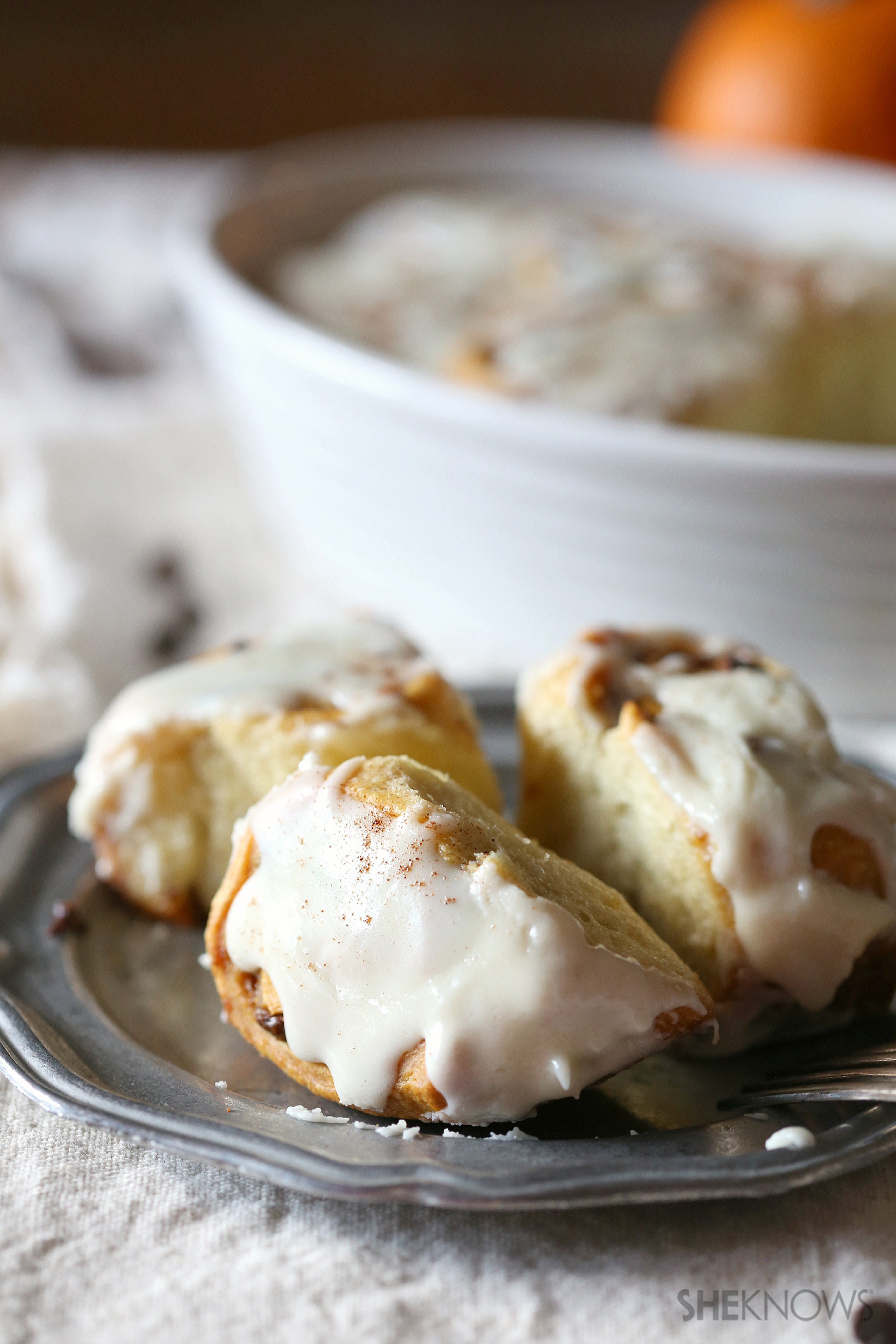 Autumn breakfasts just got a whole lot easier. These little cinnamon rolls use premade crescent rolls and are packed full of a cinnamon-pumpkin mixture and a sprinkling of miniature chocolate chips.