I’m so sorry to do this, but I need to tell you about the Condom Cookbook. 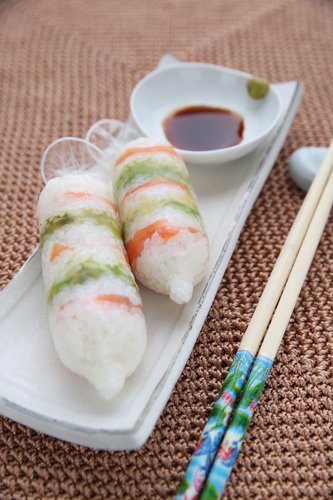 I’ll give you a moment to compose yourself.

(Are you still with me?)

Google translates this Japanese cookbook’s name to “Condom Rice I Want To Make,” though other sources are calling it “Condom Meals I Want to Make For You” (that’s sweet, but no thanks).

According to Kotaku, author Kyosuke Kagami basically wanted to show everyone how awesome condoms were so that people would engage in safer sex. Unfortunately, the book seems more likely to kill any appetite you have, sexual or otherwise, than it does to promote any sort of safer canoodling.

There are 11 recipes in the book, including Condom Meat Stuffing (I couldn’t make this stuff up) and Condom Escargot with Butter. I think I can officially say, without a doubt in my mind, that the last thing in the world I would ever want in my mouth is buttery, slimy snails eaten out of a condom.

I think the author’s ostensibly noble plan, to show that condoms aren’t just for the bedroom (except… they are) and to promote safer sex, backfired. Sure, sex in the kitchen could be fun, but condom sausage? Please, no. I can’t think of a way to make condoms or food less appealing. It’s either “Ew! There’s a condom on my food!” or “Ew! There’s food in my condom!,” and neither of those bode well for sex or eats of any kind. Then again, no sex is the safest sex, so I guess his plan worked?