This fall, immerse yourself in Latin American culture and create some comforting fall recipes inspired by countries like Argentina, Mexico, Dominican Republic, Paraguay, Colombia and more.

We’re bringing Latin America to your kitchens with a mix of comforting, traditional recipes from Hispano America. Every year, Americans observe National Hispanic Heritage Month from Sept. 15 through Oct. 15, and it’s a time to celebrate the history and culture of American citizens whose ancestors came from Spain, Latin America and the Caribbean.

But let’s be real — you don’t have to be Latina to celebrate with us! Just grab a recipe, head to your local Hispanic market, stock up on ingredients (some of them you might have at home already), and vamos a cocinar. 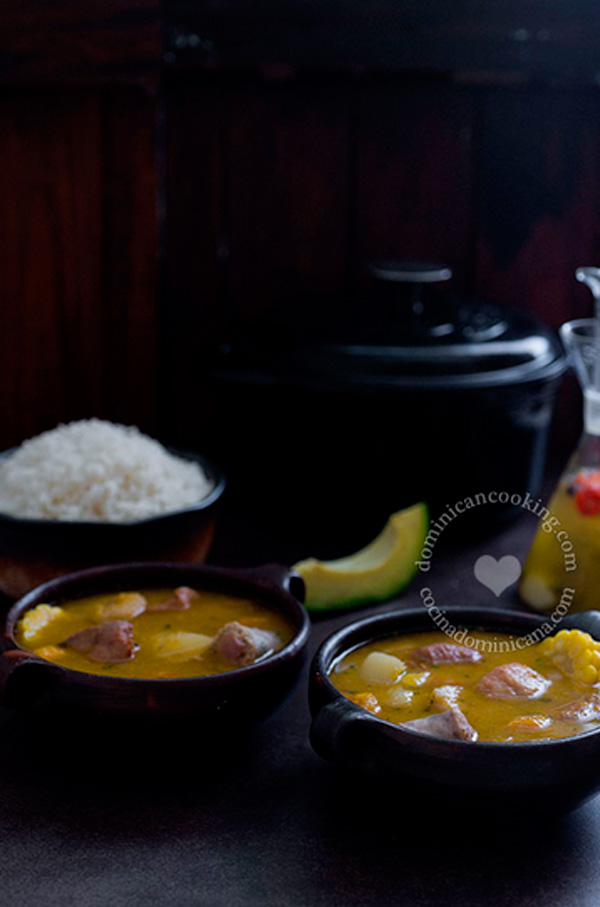 Originating in the Dominican Republic, sancocho or seven meat hearty stew is the star of any Dominican get together. From New Year’s Eve parties to children’s birthday parties, somehow sancocho is always present. A rich stew, it’s typically served alongside steamed rice and fresh avocados. 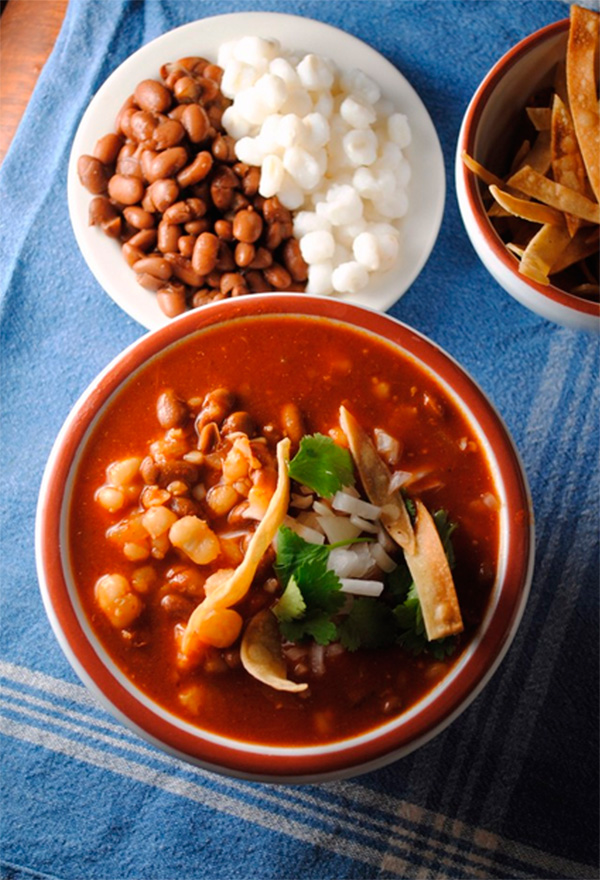 Originally from Mexico, this pozole de frijol is loaded with hominy, tomatoes, oregano and pinto beans, for a vegetarian twist on a classic Latin stew. 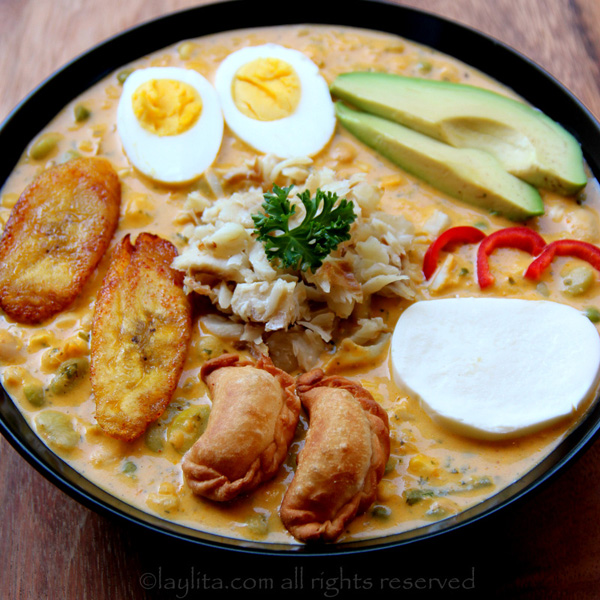 Fanesca Ecuatoriana, a very special and traditional soup from Ecuador, can be found being made in Andean highlands of South America, out of bacalao or salted cod, squash, faba beans, corn, peas, fresh beans, rice, onions, garlic, cumin, achiote, peanuts and cheese. 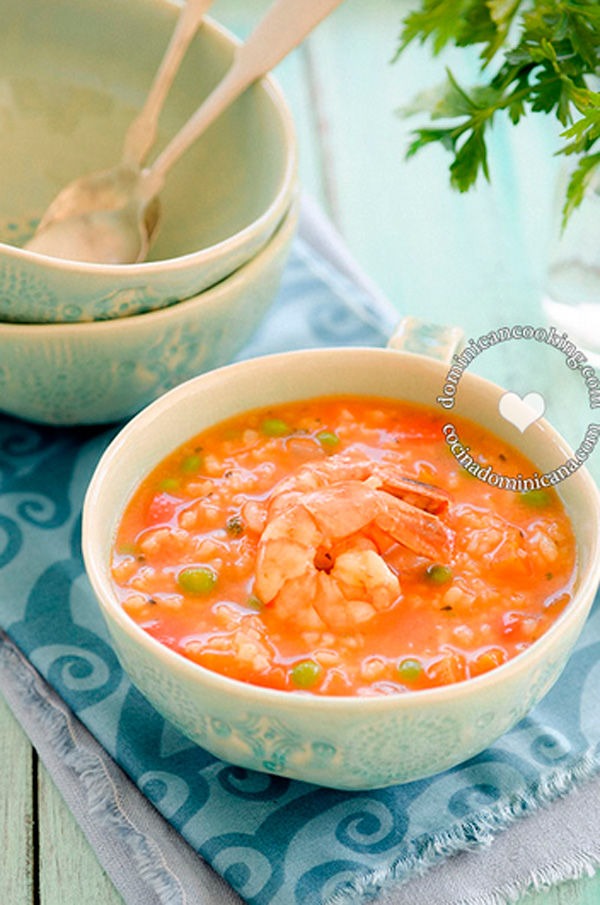 Asopao, like this asopao de camarones are fairly popular in the Dominican Republic. Basically, once rain is predicted for the day, your Dominican mother or grandmother will start making asopao. It’s essentially a Dominican version of the Italian risotto, with a more tomato-based flavor. 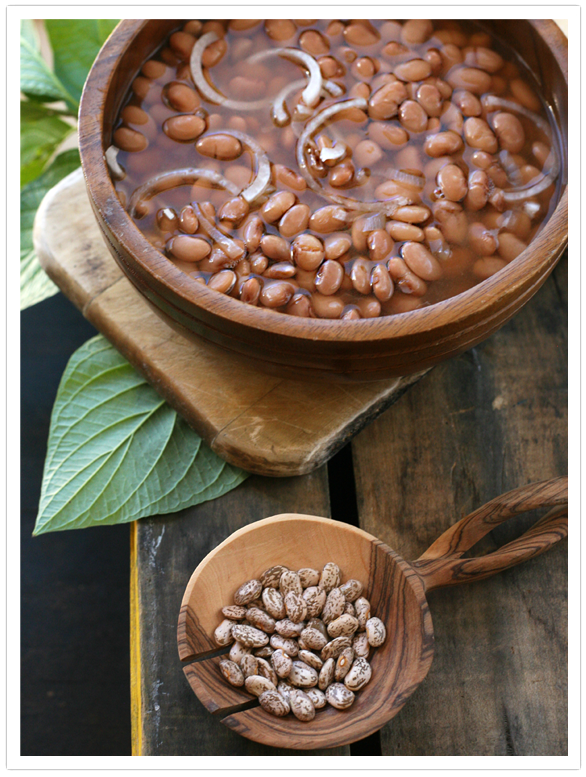 This frijoles de olla recipe can’t be pinpointed to a specific Latin American country, since they all consume beans in all shapes and forms. It’s a great kickoff recipe to learn how to make beans from scratch though. 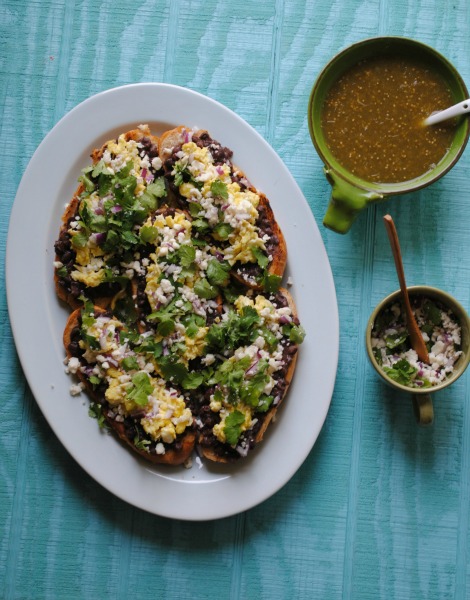 Molletes, originally from Spain and adopted by Mexico, are a staple in this Latin American country. And it’s proven they can be consumed at all times, because these breakfast molletes would be delicious to wake up to. A bread roll slathered with beans and topped with cheese is a simple mollete, but we are loving these that are topped with scrambled eggs as well. 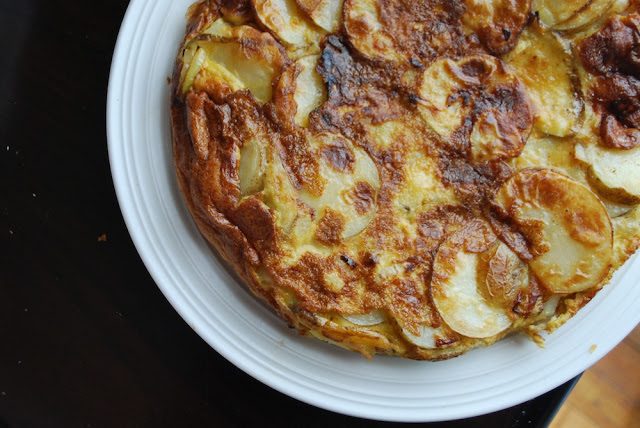 A popular dish from Spain, this tortilla espanola is a great recipe because it can be served either hot, cold or even room temperature. It also works well at any time of day: for breakfast with a side of bacon, for lunch with a side of fresh mixed greens or for dinner, as a side to your chicken or steak. 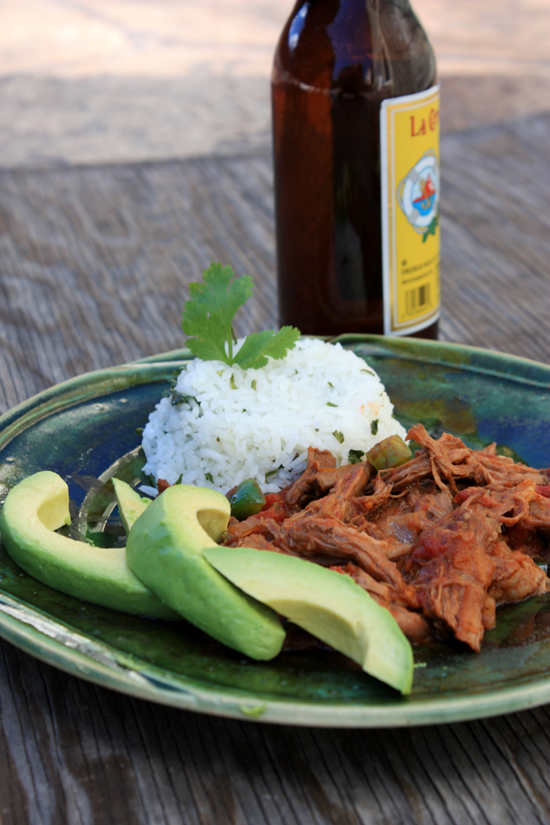 In this ropa vieja recipe, spices like cumin, oregano and garlic are used to emphasize the Latin flavors. A very popular dish in the Canary Islands, Cuba, Puerto Rico and the Dominican Republic, it’s served alongside steamed rice that soaks up the creole sauce. 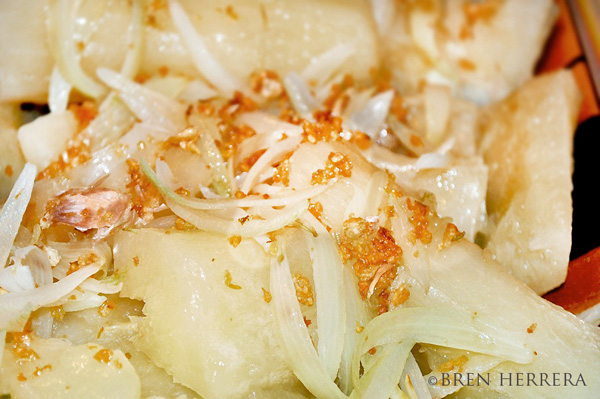 One thing the Latin culture loves is a good starch. Whether it’s plantains, potatoes or yucca, there’s always a side of starch to accompany your meal. This yuca con mojo de ajo al estilo Cubano is delicious for dinner with grilled meats or like Dominicans eat it, for breakfast topped with a fried egg. 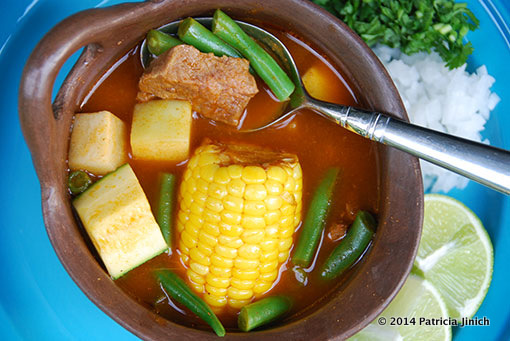 Unlike the traditional mole that is rich and thick, this mole de olla is a light but incredibly flavorful broth packed with fresh corn, green beans, meat, potatoes and squash. 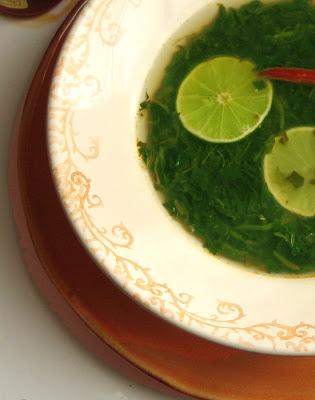 Inspired by the traditional Yucatan soup called Sopa de Lima, this sopa de lima Mexicana is a lighter version of a comforting food. 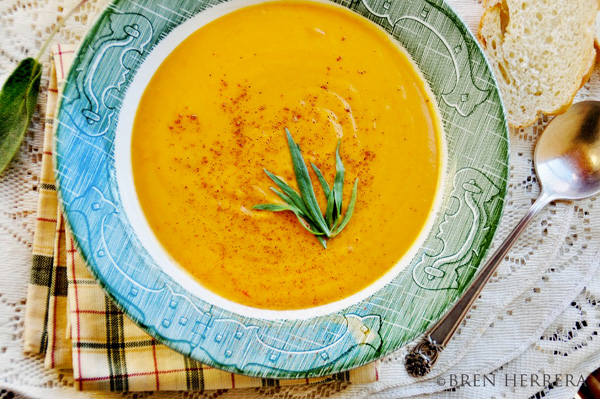 This is the perfect fall soup with a hint of Latin flavor. Make a large pot of this sopa de calabaza; the hint of Tabasco chipotle sauce makes it an even warmer idea to cuddle up to. 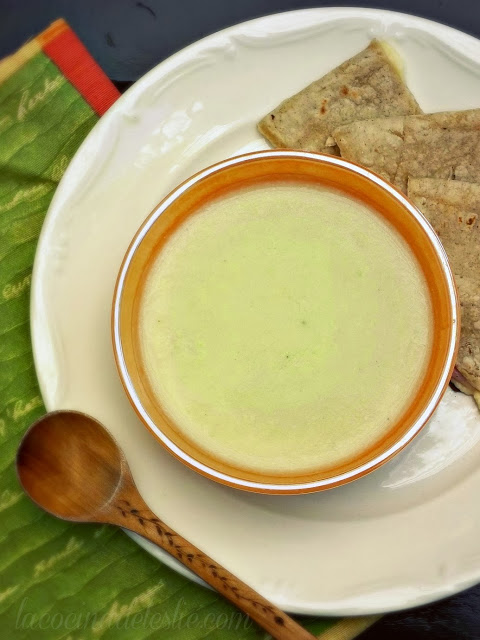 Chayote is of the gourd family, originally native to Mexico, and is consumed all around Latin America in salads, soups and stews. Soups like this crema de tayota are a fabulous way to use it in your kitchen. 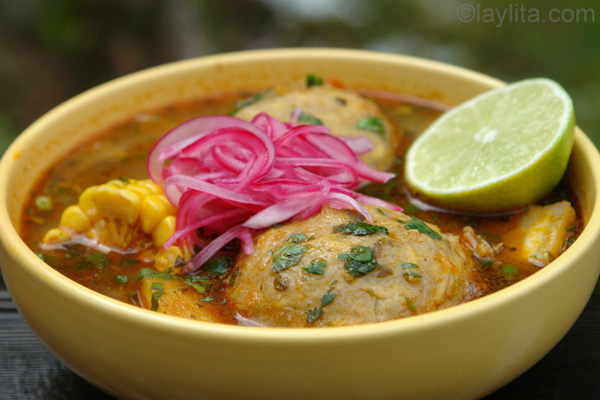 Plantains are a big staple in Latin cuisine and this Ecuadorian caldo de bolas de verde is the perfect way to warm up on chilly fall days. Green plantains can be found at your local Latin markets and even some general stores as well. 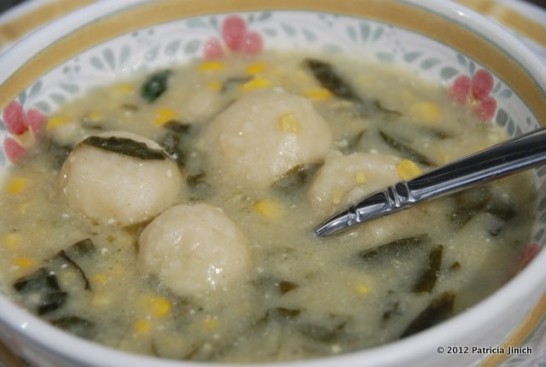 This comforting Mexican soup called chipilin soup with masa and cheese dumplings is an herbaceous and delicious soup with small cheese dumplings in every bite. Chilipilin is a Mexican herb that’s not incredibly accessible in the U.S. but soon you’ll find it next to dried herbs everywhere, hopefully. 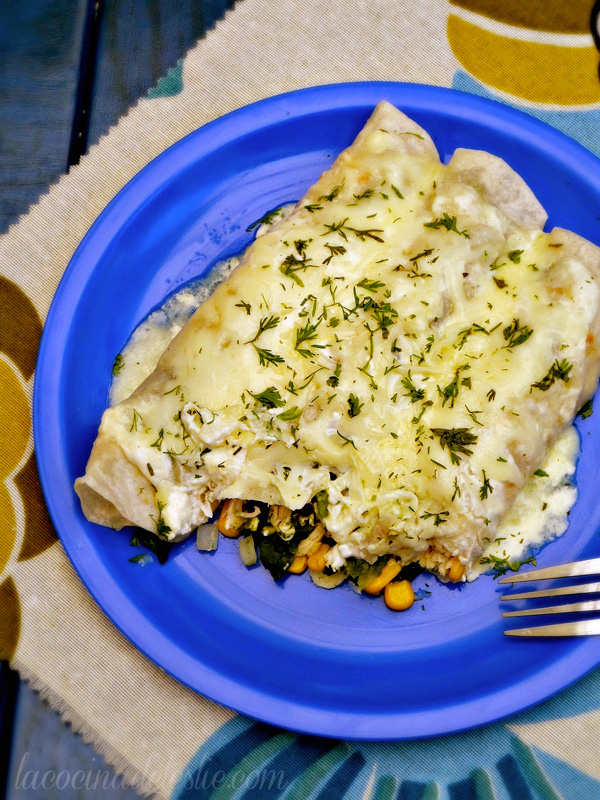