Besides the pretty foliage, pumpkins and cozy chilis and stews, fall means a constant supply of apple cider and its boozy cousin, hard cider, in my fridge. It’s not just for drinking either. I add it to tons of meals and even bake with it too.

It’s the perfect option for quick breads as a yeast alternative and this cinnamon raisin version is the perfect fall treat. Serve it warm and slather on the butter. 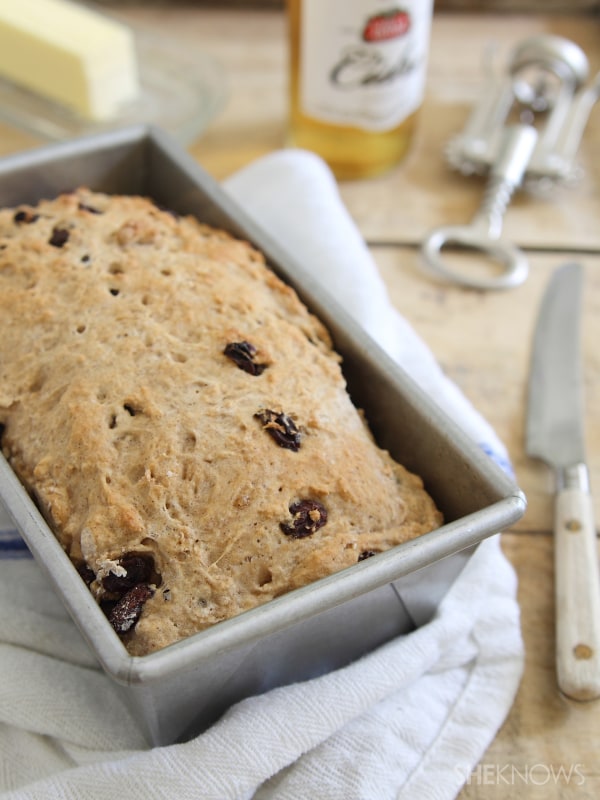