This season we’re loving everything apples, in all their shapes and sizes. We’re here to showcase the liquid gold of the autumn season, apple cider, in boozy cocktail recipes that will get you going on celebrating the chill in the air.

It’s that time of year when weekend affairs mean going apple picking, eating dozens of apple cider doughnuts and chugging as much fresh apple cider as your body can take. Save some of that apple cider and create some new cocktail recipes for your fall get-togethers. 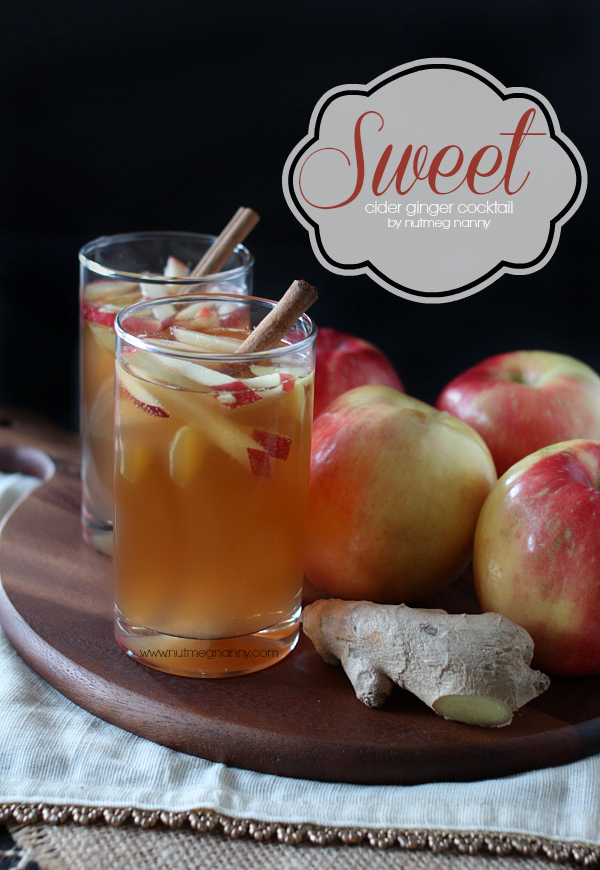 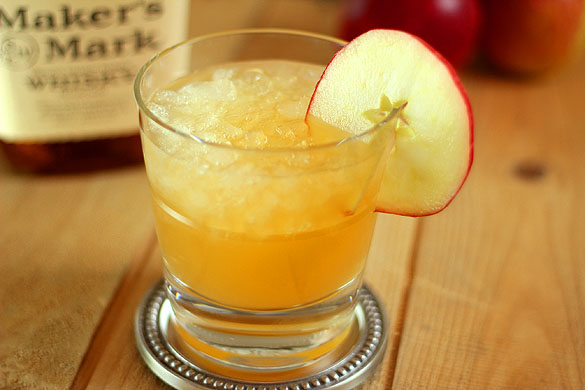 The flavors of apple, bourbon and ginger really shine in this bourbon and apple cider cocktail recipe. 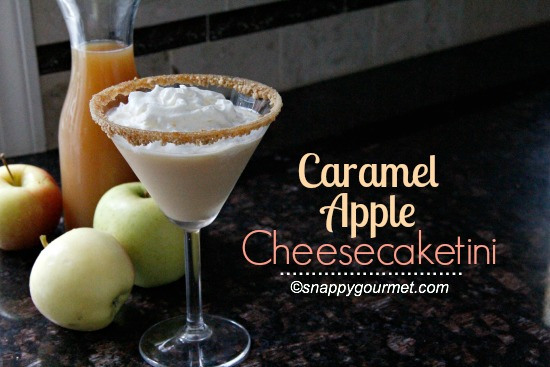 Ever put cheesecake pudding mix into a cocktail recipe? Well, try making this caramel apple cheesecaketini and you’ll never look back. The flavors are fantastic — and so creamy. 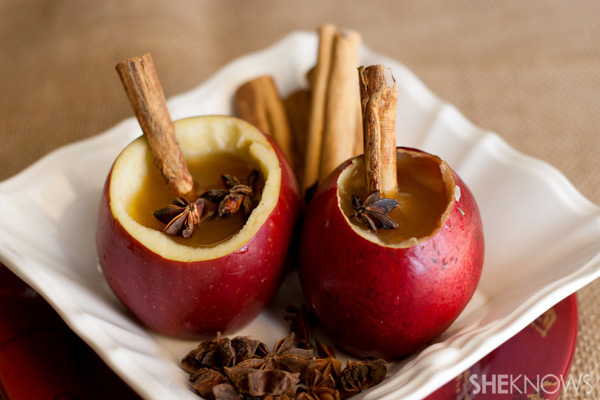 How adorable are these apple and pear cider cups? Add a splash of brandy or rum to these for an extra special cocktail recipe. 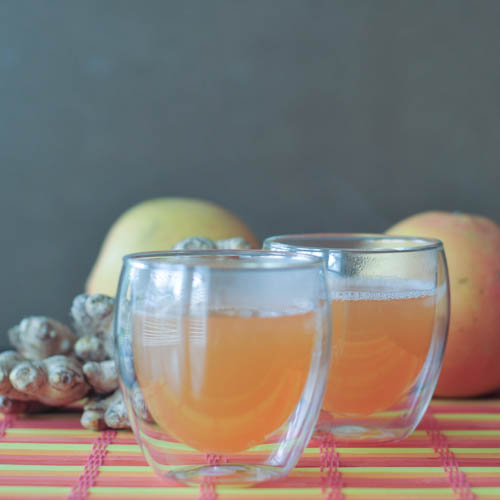 We’re loving how this grapefruit-ginger vodka toddy showcases both apple cider and seasonal fall/winter citrus fruits like grapefruit. The hint of ginger adds warmth and spice to it. 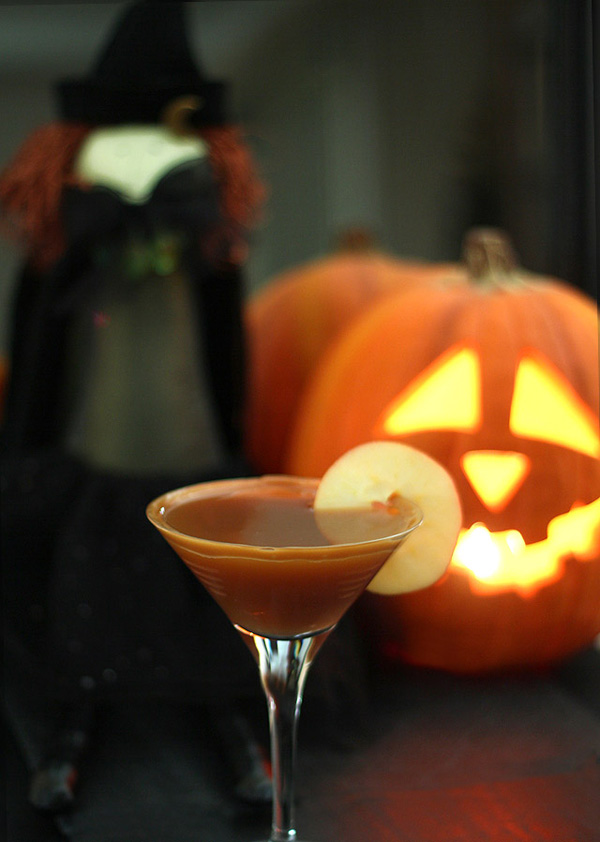 If you make your own apple cider (which this post teaches you how to) the flavors are even more powerful. Try this caramel apple cider cocktail next time you go apple picking. 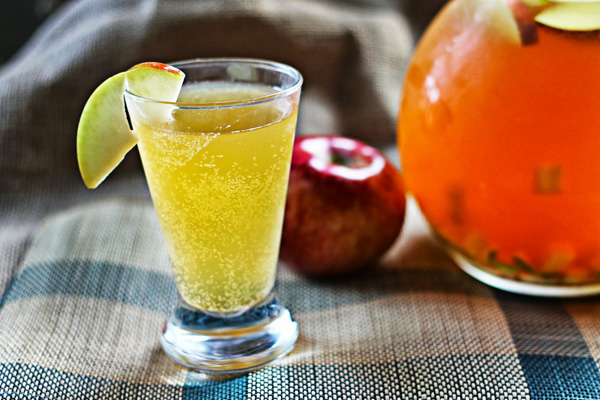 Bring the sangria to the party, even during the fall. Switch out the summer berries with seasonal apple and you’ve got a recipe for this apple cider sangria. 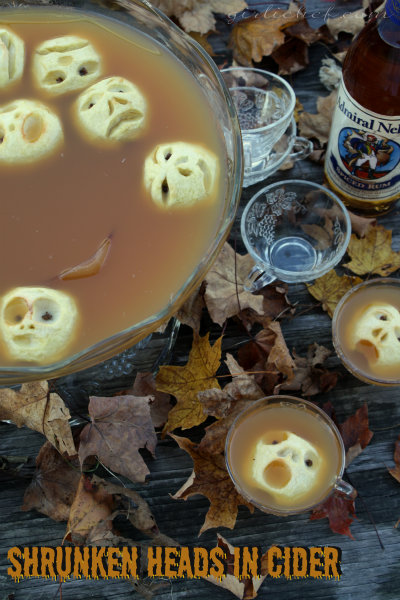 We’re loving the idea behind this shrunken heads in spiced cider. Perfect for a Halloween party, but great for any fall festival at the same time. 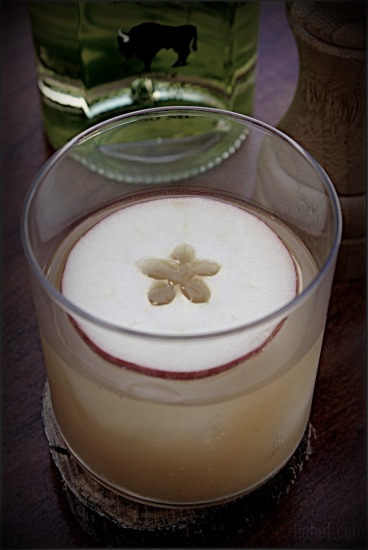 Made with vodka, black pepper and apple cider, this cocktail is named the Pepper Bull and is sure to be a favorite if you’re into spiced cocktails. 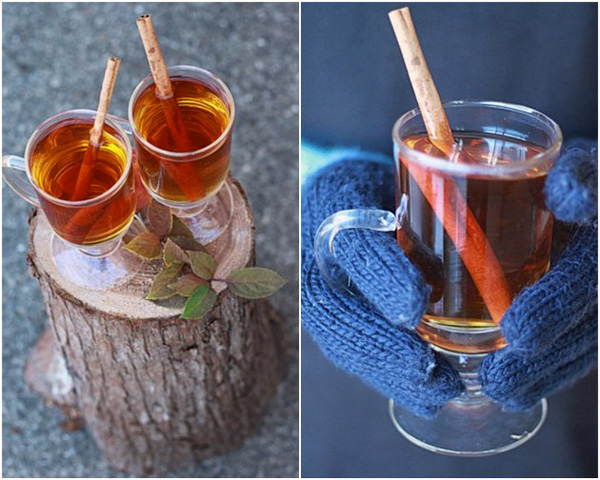 Let the slow cooker do all the work with this slow cooker hot spiced apple cider. Perfect for housewarming parties, as it makes your home smell amazing for hours. 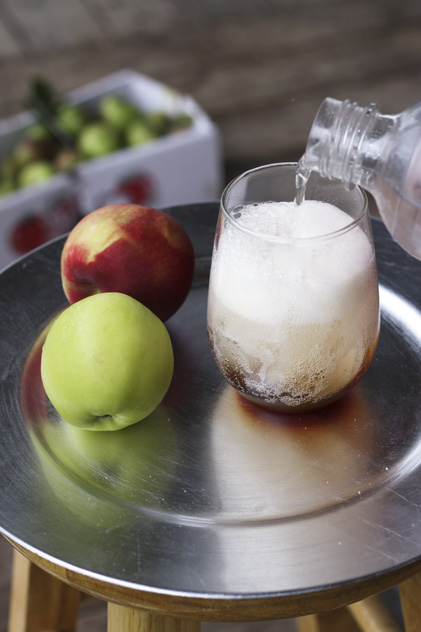 Make a batch of this boiled cider or apple molasses and convert it into endless apple cider soda — a splash of rum or brandy optional but recommended. 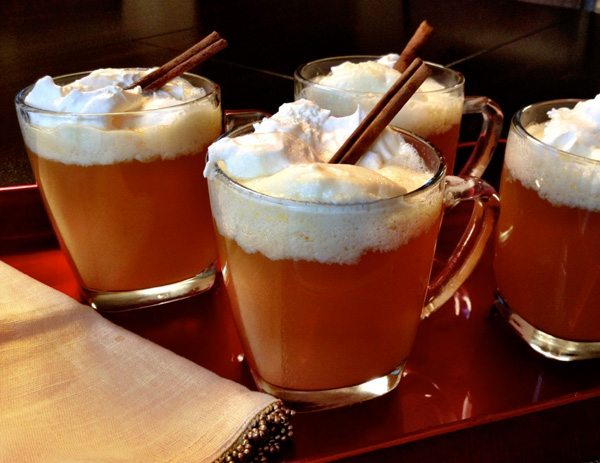 Composed of caramel vodka, bourbon and apple cider, this caramel apple hot toddy is sure to warm you up on a cool night. Also the cure for sore throats (but make sure to ask your doctor first). 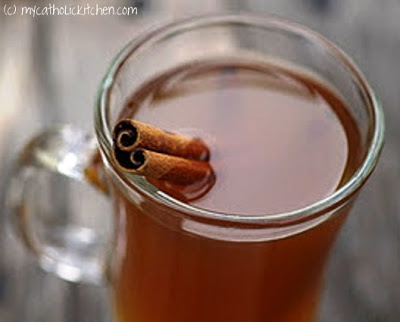 The variety of spices in this apple pie moonshine includes cinnamon, nutmeg and allspice, making it a delicious spiced cocktail to sip on during the cooler months. 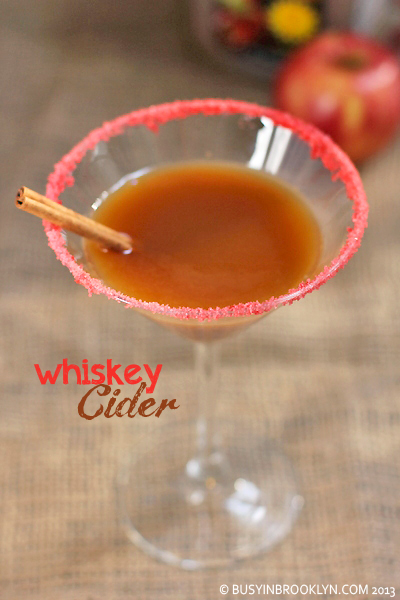 This whiskey cider cocktail starts with a base of homemade apple cider syrup, so you know it’s going to be packed with flavor. 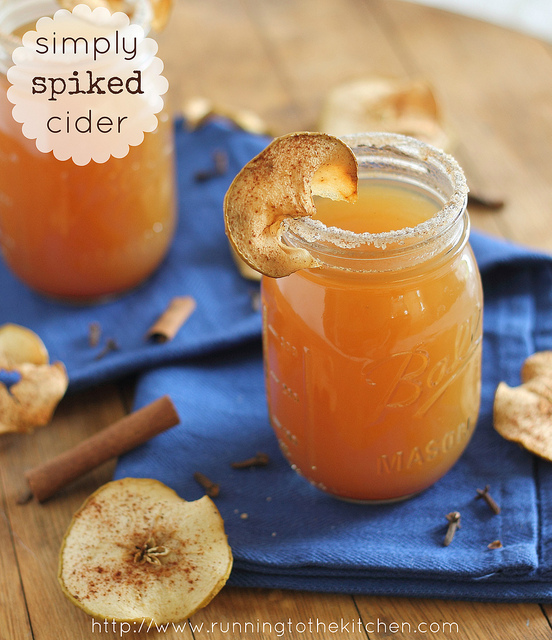 Blog: Running to the Kitchen

Sometimes simple is best, like in this simply spiked cider with oven-baked apple crisps. The garnish of apple crisps really takes this simple idea and makes it a gorgeous one. 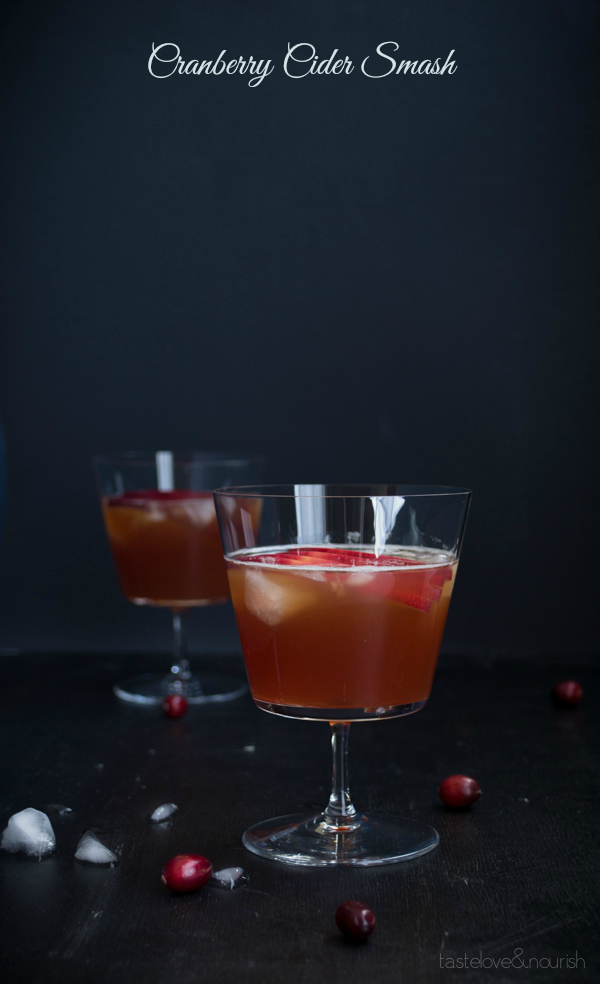 Love bourbon? Then this cranberry cider smash is the drink for you — sweet but strong, it’ll become your go-to drink of the season. 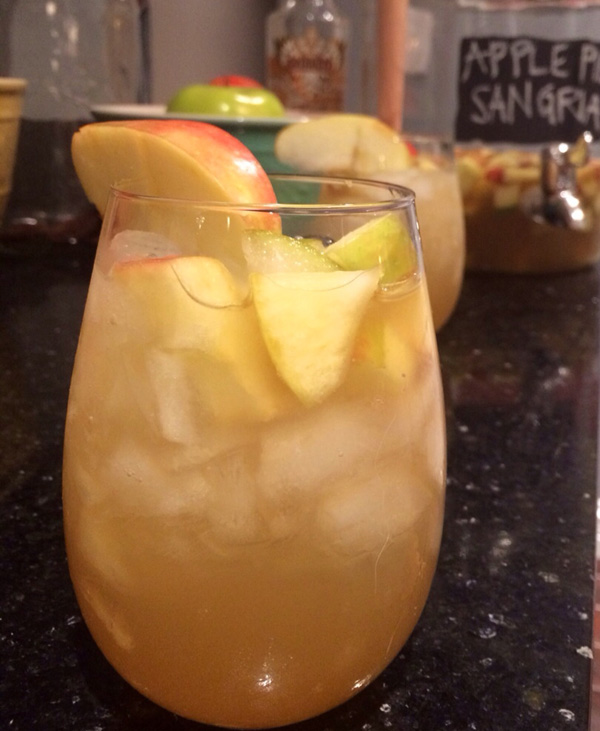 Bring all the flavors of warm apple pie into a big bowl of this cool apple pie sangria. 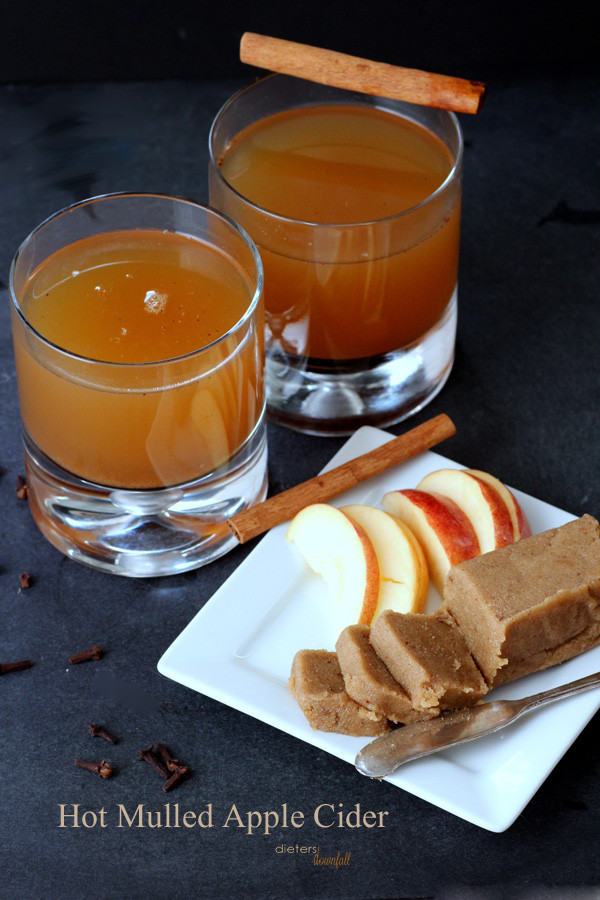 This recipe for spiked mulled apple cider calls for serving it with a pat of homemade spiced butter. We’re totally in love with the idea. 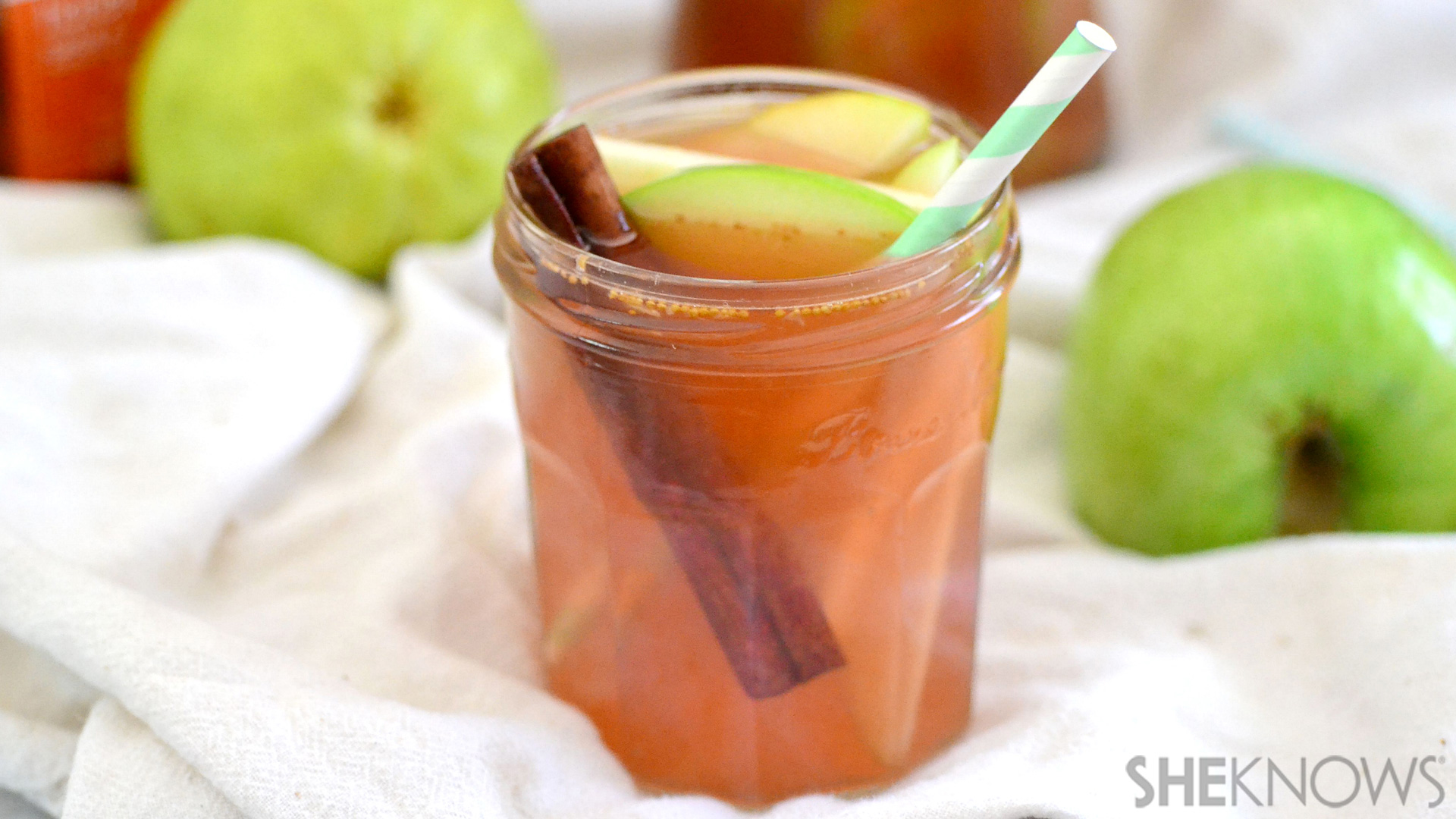 Not only does this easy slow cooker recipe have apple cider in it, it’s also got hard cider and whiskey. Now that’s a triple threat.