Admit it: You’re excited that Red Robin has introduced a bacon-infused, alcoholic milkshake.

The company, infamous for having the unhealthiest fast-food menu item in the country, is at it again.

Part of the new “The South Is in the House” limited-time offerings, the Beam-N-Bacon Boozy Shake is comprised of “Jim Beam maple bourbon, bacon bits, caramel and vanilla soft serve, stirred to perfection with — you guessed it — another crispy strip of bacon!”

The shake is clearly not for the faint of heart (literally!), but it got me wondering: What other cocktails can be made with smoky, salty, sweet bacon? 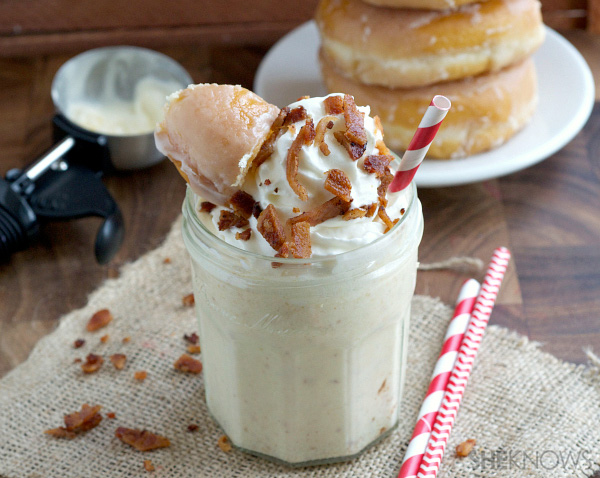 Just when you thought you couldn’t top Red Robin’s bacon shake, someone threw a freakin’ doughnut into the mix and changed the booze-shake game forever… 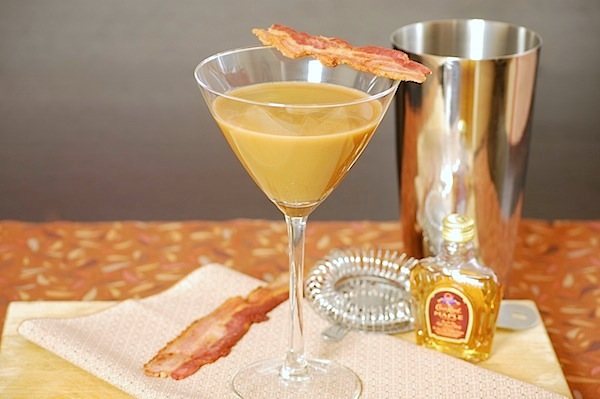 Bacon, coffee and maple make this whiskey-based cocktail the most dangerously delicious breakfast beverage of all time. 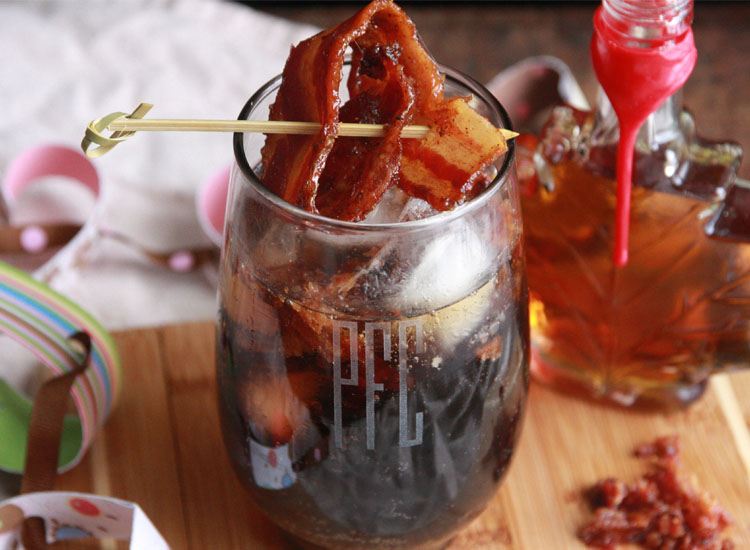 I never thought a bacon cocktail could be refreshing, but the fizziness of Coke goes a long way to lighten up this drink, made with rye whiskey and chipotle-spiced bacon — which means you can have more than one. 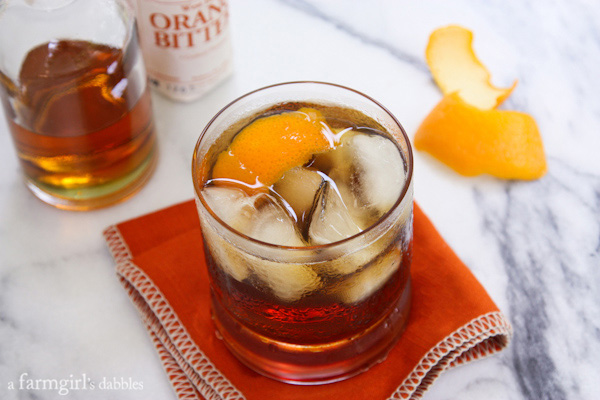 This bacon bourbon Old-Fashioned is anything but. Just infuse your bourbon with bacon fat, and get mixin’! 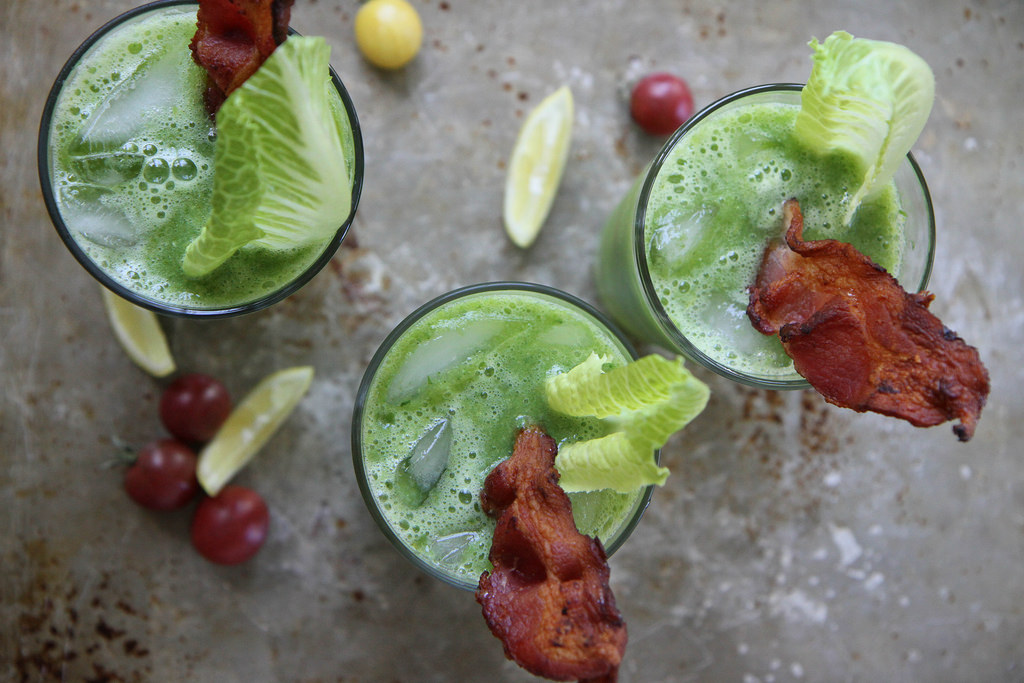 It has tomatoes and lettuce in it, so it’s basically a salad, right? 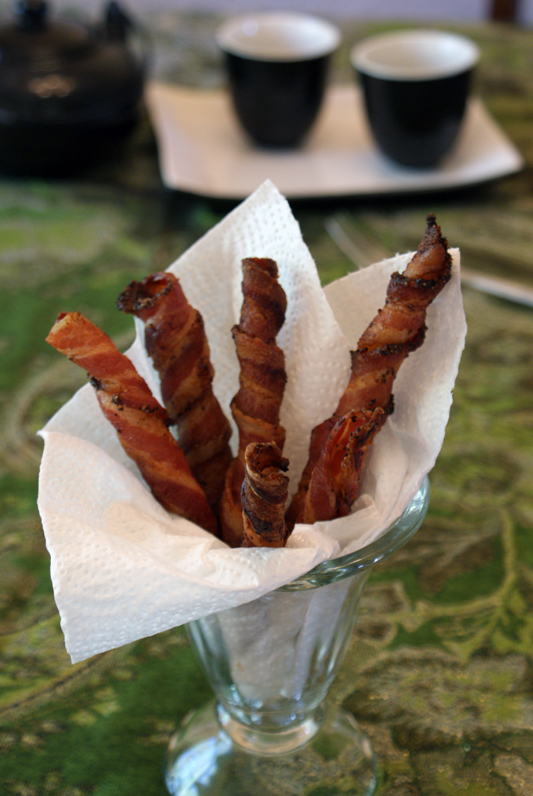 Any cocktail you drink through a bacon straw will become your favorite cocktail.