If you’ve ever suffered through the drama of trying to spread cold butter on toast, then what I’m about to show you will change your life — and save countless innocent slices of bread.

Meet The Stupendous Splendiferous ButterUp knife. This Kickstarter utensil is here to help stop the senseless massacre of morning toast around the world. The solution? A wide knife with a serrated edge and a built-in grater that softens and aerates cold butter so you can easily spread your bread without any devastating casualties.

It’s hard enough trying to fit breakfast into a busy schedule, and accidentally slaughtering your perfectly toasted artisanal bread because you forgot to let your butter soften is no way to start your day. Heck, even a slice of Wonder Bread deserves better than that.

Luckily this culinary harbinger of peace has surpassed its fundraising goal of $38,000. It turns out literally everyone is fed up with butchering their breakfast bread — The Stupendous Splendiferous ButterUp knife has raised more than $290,000 and still has four days left to go. 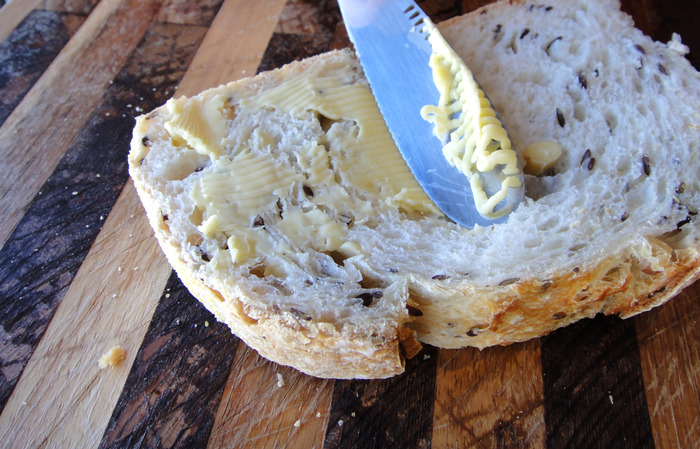 You’ve tried leaving it at room temperature (too soft), microwaving it (a hard lump of cold butter surrounded by molten oil) and even using a cheese grater (much to the chagrin of your fingertips — butter can be dangerously slippery!). But your days of strife are over, and cold butter’s cruel reign is at an end.

Want one for yourself? Head over to Kickstarter before the campaign ends.

And now Kickstarter brings us potato salad
Most expensive picnic ever, courtesy of Kickstarter
6 Kickstarter projects foodies will love