If you’re tired of hauling yourself out of the house in the morning and driving over to your local coffee joint to get your daily caffeine fix (aren’t we all?), you may be in luck. 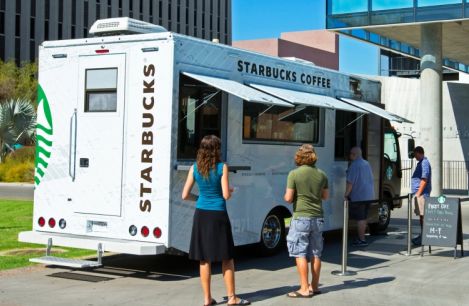 Starbucks has announced it is rolling out a new food truck concept that will start testing at several college campuses this fall. Imagine waking up and finding that a truck full of lattes, scones and Frappuccinos has parked itself outside of your house. If you think kids get excited over ice cream trucks, imagine a neighborhood of tired parents chasing down the Starbucks truck so they can get their Grande Red-Eyes before taking the kids to school and heading to work. This scary/heartwarming scenario could be making its way to your town soon.

If that all still sounds like too much work (or too much like the zombie apocalypse), or if Starbucks is a little hoity-toity for your tastes in general, then there’s still good news. McDonald’s has plans to start selling its McCafé coffee in grocery stores next year. 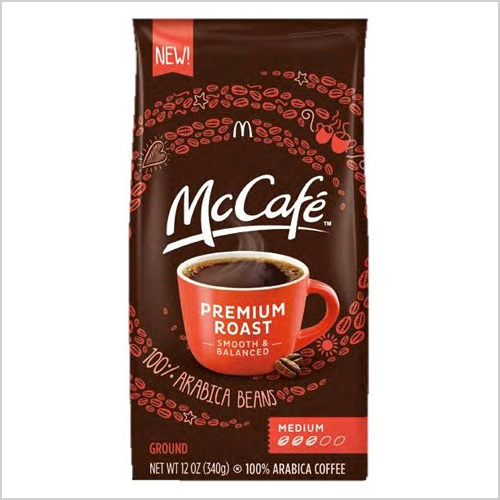 Just pick up a package when you do the rest of your shopping, and you won’t even have to make the extra trip for your cup o’ joe in the mornings. An added perk? You won’t be tempted by their drive-thru breakfast options anymore (let’s be real, they make it way too easy to add an order of hash browns to just about anything).

Then again, if it is junk food you’re after, then the makers of Push for Pizza have just the thing.

Push for Pizza is an app that works exactly how it sounds. You open the app, push a button, and pizza is delivered to you. Sure, homemade pizza is nice, but making dough, sauce, shredding cheese — we all can’t be Martha Stewart here. With the app, you only have to choose from cheese or pepperoni, and after the initial setup, all it will take to get a pizza delivered to your home, office or your kid’s birthday party is just the push of a button. Quick, someone tell Pizza Guy!

Imagine a world in which your coffee drives to you and you can get a fresh cheese pizza at the push of a button. As a kid, I was rooting for hover cars and robots that could do my homework, but as an adult, I think this version of the future is just fine.

More on the future of food

The future is now, and it has cake-decorating robots
Why are health nerds gobbling up cricket flour?
Most expensive picnic ever, courtesy of Kickstarter