While Aug. 5 is a very special date for anyone who has to eat gluten free for a medically necessary diet, the FDA labeling regulation is missing key components that would make our community feel much safer about eating something labeled “gluten free.”

t Aug. 5 marked a very important day for anyone who eats gluten free: the compliance deadline for manufacturers with the Food & Drug Administration gluten-free labeling regulations. I wrote a post that breaks down the regulations here.

t Basically the regulations state that anything labeled “gluten free”: 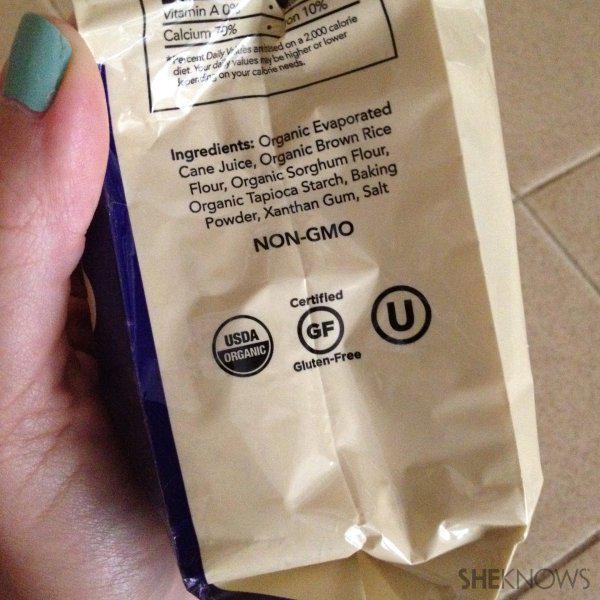 t However, many think that these regulations are not enough. While I think these FDA rules are a start, I tend to agree. Here’s what I’d like to see from the FDA concerning gluten-free labeling in future regulations.

t Right now there is no mandatory testing. That’s right, a company could be lying to you and saying their product is gluten free when it isn’t and no one is there to stop them doing it. They state, “Currently, FDA does not have plans to authorize third-parties to inspect facilities of manufacturers that label foods gluten free or to verify if such foods meet the regulatory definition of gluten free.”

t Now, if there are problems with the product, people will get sick, and hopefully those people will call the FDA. The FDA will then investigate the claim. But how long will that process take? How many more people with celiac disease or non-celiac gluten sensitivity will consume the product before it’s pulled off the shelf or repackaged without a gluten-free claim? That, to me… is terrifying. While it’s great that this is a start, without mandatory testing, the gluten-free label is still based on trusting the manufacturer, something a celiac has learned explicitly not to do.

t I’d be so happy if there was a mandatory certification process for all gluten-free labeled goods (like any of the current three major certifications: GFCO, CSA, or NFCA). However, these certifications are pricey; you are paying to fly someone out to test every part of your product process, test the facility, etc. There is so much that goes into getting a certification that it brings a feeling of trust and comfort to the celiac consumer.

Compliance by restaurants and all food service

t This FDA labeling really only applies to packaged goods, not necessarily the next meal you order off of a “gluten free” menu at a restaurant. They state, “… given the public health significance of “gluten-free” labeling, FDA says that restaurants making a gluten-free claim on their menus should be consistent with FDA’s definition.” There is no regulation in this sector… yet.

t Most restaurants have an entire section that covers their legal butts when it comes to their gluten-free menu. They claim that they can do the best they can to make your meal gluten-free, but due to a mixed kitchen, they can’t assure that your food is safe. That sends chills down a celiac’s fragile spine. I’ve heard way too many of us that stay home and never eat outside the house because they are too fearful of getting sick. This is a huge issue in the celiac community and I hope in the future restaurant compliance is mandatory.

t This final ruling doesn’t cover items regulated by the TTB, like alcohol. We need to have a test that once and for all settles the dispute about gluten-reduced or processed-to-remove-gluten beer. Brands like Estrella Damm Daura and Omission have been causing controversy since the day they have launched (or re-launched marketing to the community for Daura). While there are plenty of beers made from sorghum or other gluten-free grains, let’s face it, it just doesn’t taste like the real thing. These gluten-removed beers are actually made from real wheat or barley, so they taste like the real thing. However, their safety is still a question with too many answers.

t Also, I’m sick of talking about grain-based alcohol like vodka, and its safety. The process of distillation removes the gluten molecule, so technically all hard liquor should be safe. However, there are some (often cheaper) brands that add back in the mash or add additional flavors or colors that may not be safe after the distillation process. This negates all of the science behind distillation. There are arguments practically every day about what brand is safe and what brand isn’t, and I’d like to settle that once and for all.

t So, while this date is a very special one for a celiac or anyone who eats gluten-free, it’s just a start. We still have to read labels carefully, track what we eat/drink and what makes us sick and live in fear of false advertising. Let’s make Aug. 5 the start of something great for our community, not the end of it.