If you’re all business about your burgers, then Fatburger’s latest might just do the trick. Removing those pesky, carb-loaded buns from the picture, the new protein-style burger gives you way more burger for your buck.

For those who are up to the gut-busting challenge, Fatburger’s new protein-style burger comes in several sizes to really up the ante on your appetite. You can choose from small, medium or large patties, and those with a (tasty) death wish can even get an XXL version, with up to four hamburger patties. Go big or go home, right?

The burger debuted at Fatburger’s Beverly Hills location and will soon be rolling out nationally. But if you can’t wait to get your food-within-a-food fix, then maybe the treats below can tide you over. 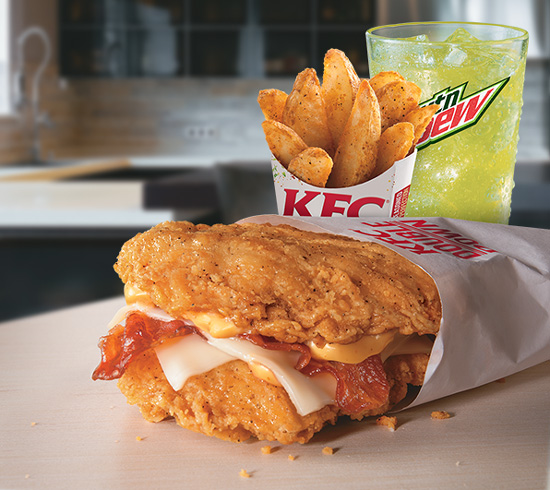 KFC’s infamous Double Down is the sandwich that started it all. Like a hillbilly chicken cordon bleu, this meaty monstrosity features two fried chicken fillets encasing melty cheese, bacon and something called “Colonel’s Sauce.” 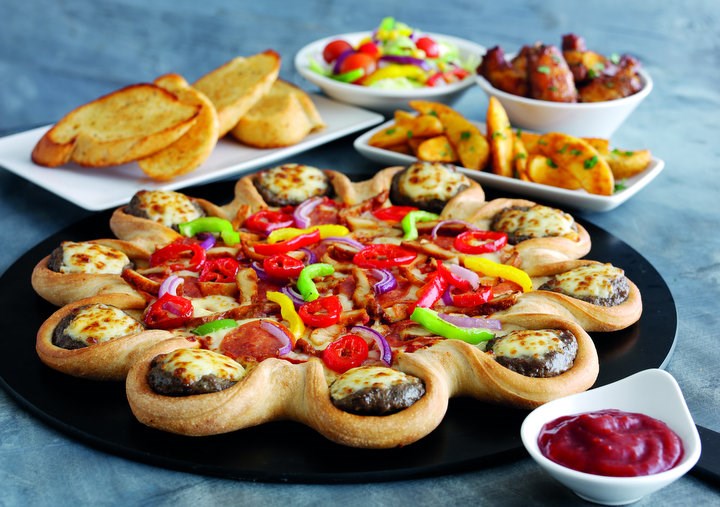 Pizza Hut U.K. offered up this junk food double whammy — the cheeseburger-stuffed crust pizza. Sadly it’s not on the menu anymore, but the truly motivated snacker could surely re-create it at home. You can tell people you had “just a slice of pizza” on your cheat day — they don’t need to know about the two cheeseburgers embedded in the crust. 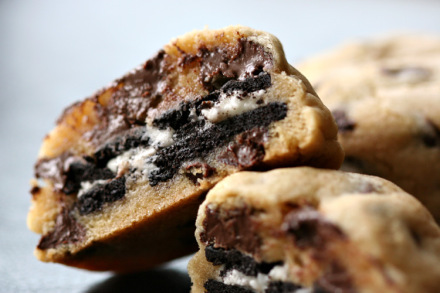 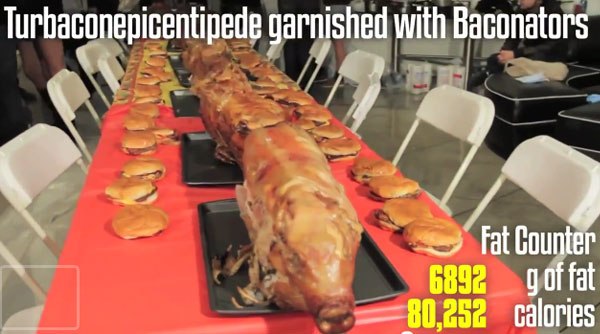 If you’ve been searching for the perfect food-within-a-food and the turducken just doesn’t cut it anymore, then look no further than the Turbaconepicentipede. Cornish hen, duck, quail, turkey, stuffing, bacon, candied bacon, bacon-filled and bacon-covered, this monstrosity is then stuffed into a whole pig, which is then stuffed snout-first into another pig, which is then… You get the idea. Precisely 802,420 calories later, and either your food-within-a-food craving is finally fulfilled, or you’re dead. But at least you probably went out smiling — which is more than we can say for those pigs.