Say sayonara to sugary store-bought cereals, and make your own at home. These chocolate puffs are a fun food to make with the kids before devouring them in some milk.

Sugary cereals with cartoon characters and superheroes on the box are hard to not want when you’re a kid being forced down the aisles of torture with your parents in the supermarket. Somehow my mom typically held strong throughout our temper tantrums, though, and we never got to have the “cool” cereals as kids, instead being forced to eat Cheerios. 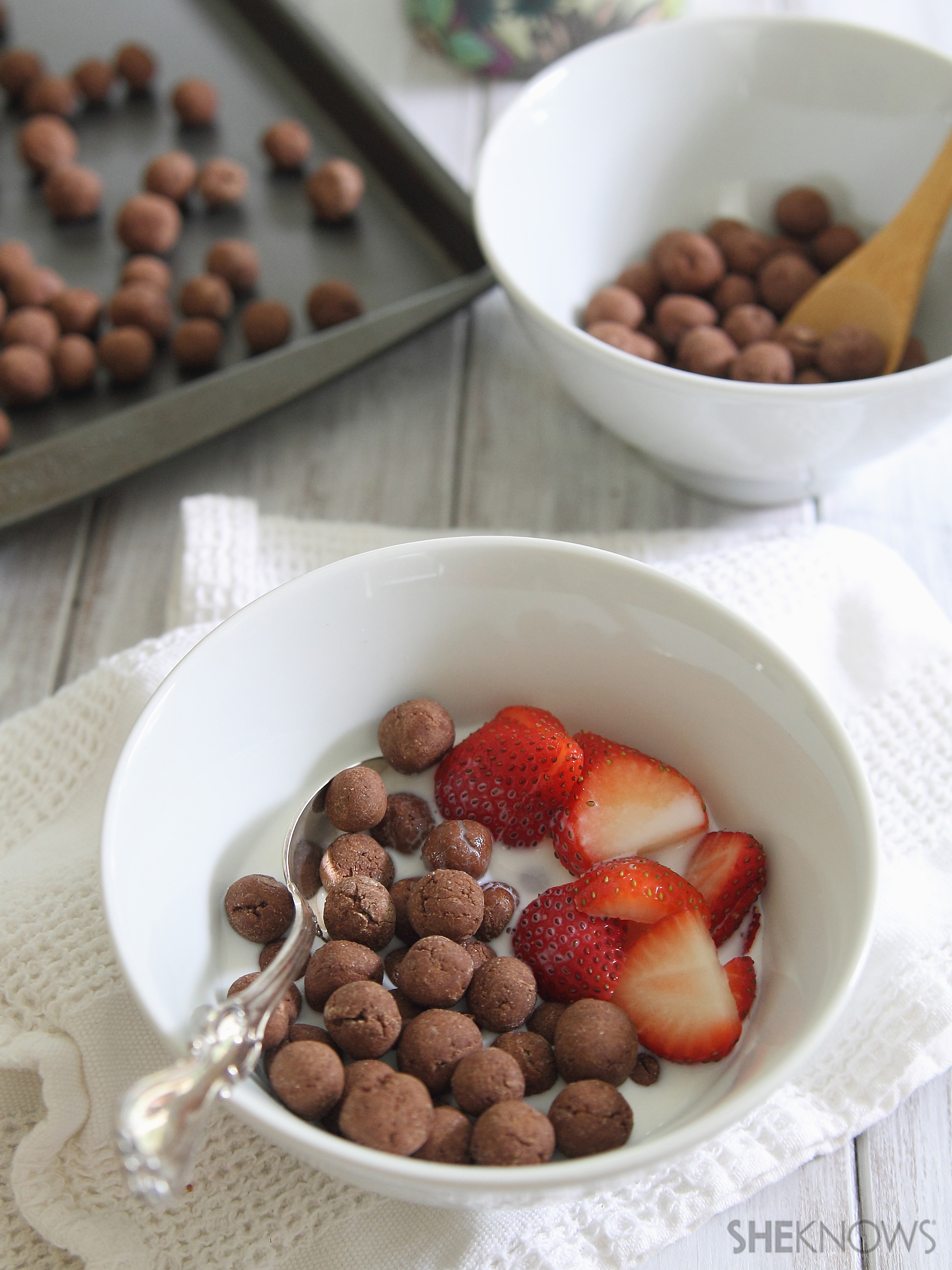 As an adult now, I get it. Those cereals provide almost no nutritional value and would’ve just jacked us up on a sugar high, only to crash and burn an hour later. Too bad Mom didn’t know how easy it was to make your own back then, or we could’ve enjoyed these easy, chocolaty cereal puffs in the morning instead of gagging on each spoonful of the mass produced stuff. These little puffs will take some time to roll out, but it’s the perfect activity to get the kids involved in. They’re worth it in the end.