There can never be too many versions of mac and cheese. Here’s one to use up those summer greens.

I have the best summer memories as a kid centered on Swiss chard. I know, a totally bizarre thing to conjure up childhood memories, but anytime I eat it, I think of my mom gardening while my brother and I either splashed around in the pool or ran around the yard with the neighborhood kids in an impromptu game of soccer. 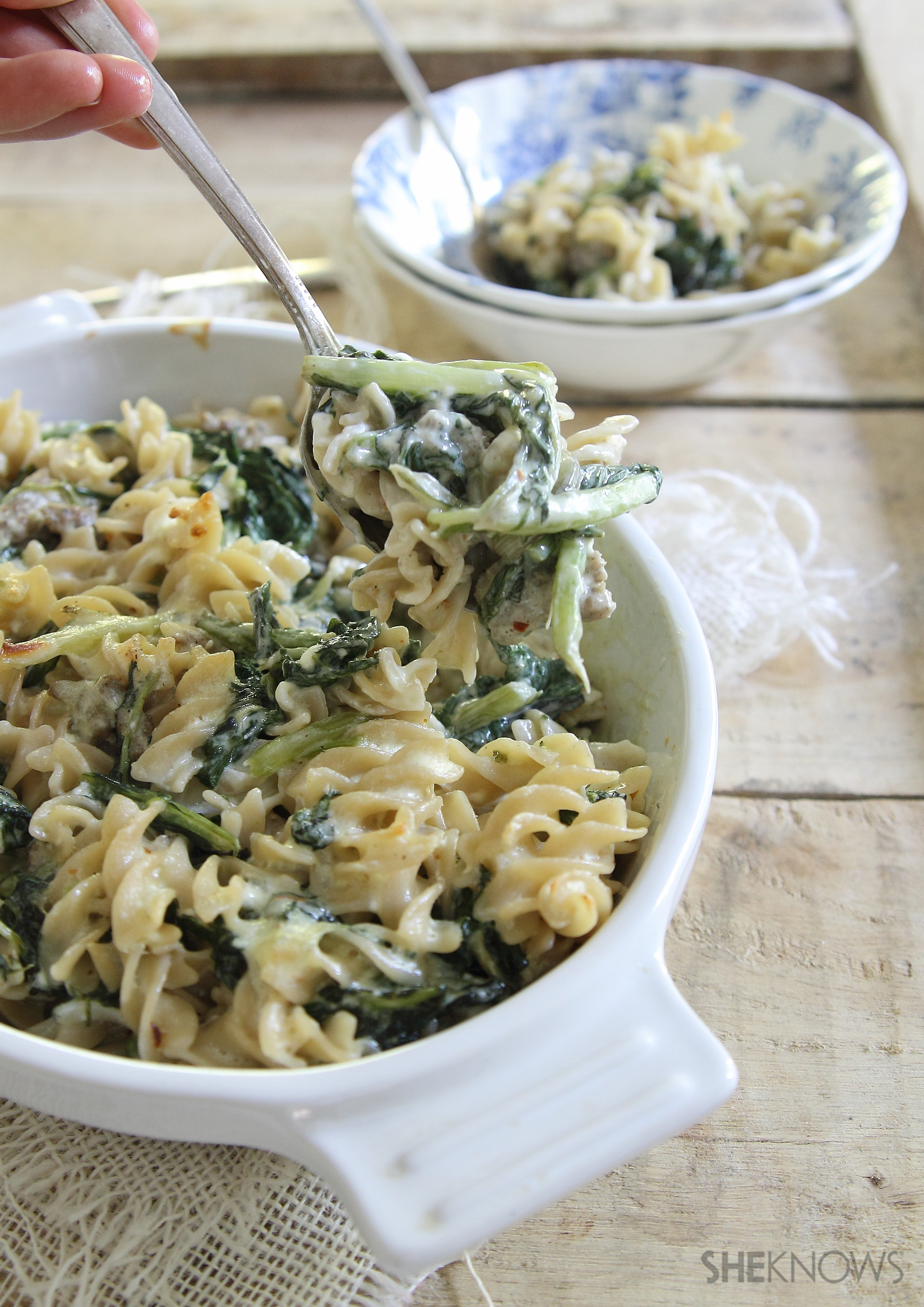 It wasn’t a big garden, but in my kid head, it seemed to give us unlimited amounts of Swiss chard, zucchini and tomatoes, which we ate pretty much nonstop for August and September.

Too bad Mom wasn’t throwing it into mac and cheese like this creamy recipe, though, because there would’ve been a lot less dinnertime complaints if that were the case!