A surprise Kickstarter campaign has taken the internet by storm. Zack “Danger” Brown asked for just $10 to make potato salad and after a few short days raised over $30,000. Now, the question remains: What type of potato salad shall he make?

The internet has gotten so much from Kickstarter: a Veronica Mars movie, Reading Rainbow (in app form, anyway), Amanda Palmer’s album, Mecha Combiners, Pocket TV and Printrbot. Now Kickstarter has given us potato salad. “What kind of potato salad?” you may ask. Well, Zack “Danger” Brown, the creator of the Kickstarter project “Potato Salad,” has yet to decide.

He started out with a dream to finally make a potato salad and, needing a quick $10 for ingredients, turned to the one place every enterprising interneter should — Kickstarter — and asked for the money. There must be something about the power of potato salad, because just a few days into the Kickstarter campaign, Brown has already raised over $30,000 in funding for what should be the biggest, best bowl of potato salad ever.

For those not familiar with Kickstarter, it’s a way to raise money for a specific idea (like a potato salad or — as we’re hoping for now — a killer ravioli). In exchange for pledging money, backers are given rewards based on how much they pledge. For instance, in Brown’s awe-inspiring campaign, for $2, you will receive a photo of him making the potato salad, and for $10, you can hang with Brown while he makes the potato salad.

Perhaps that’s what has made this campaign so successful — the right to hang out with a random guy you’ve never met while he mixes potato salad. More than likely, though, we think there’s something fundamental about potato salad that strikes deep into the heart of every one of us.

What to do with the $30,000 and a burning need to make potato salad

This is why we’re so worried that Brown has yet to choose a potato salad recipe. So that he doesn’t make that fateful choice alone, we offer the following potato salad recipes. We’re confident he will find the perfect recipe somewhere on this list.

5 Potato salads to choose from 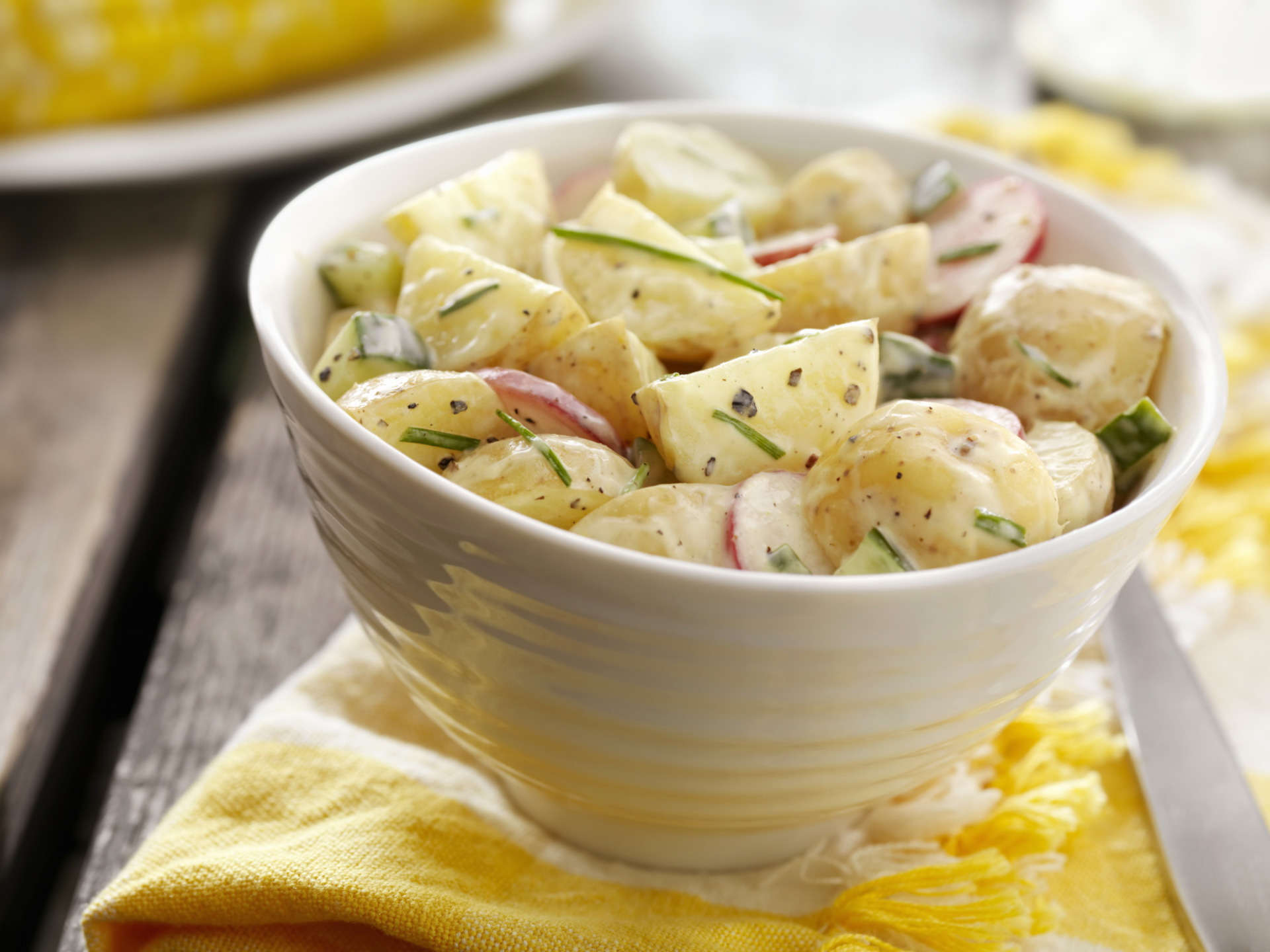 Start the search for the perfect potato salad with these eight recipes. 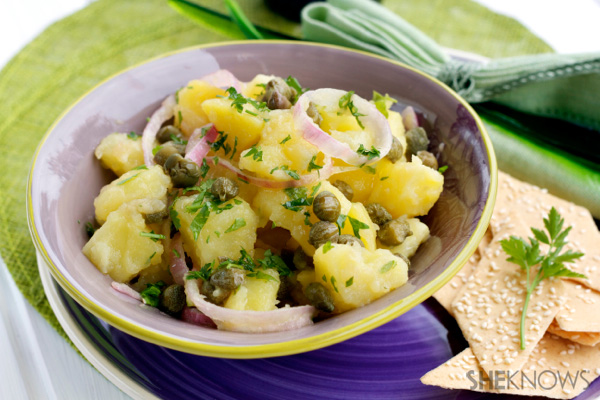 A nontraditional potato salad that gets a nice kick from lemon-caper dressing. 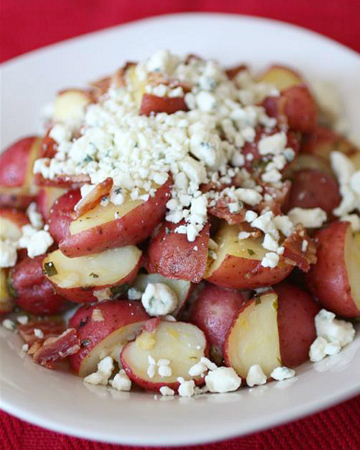 Use that $10 (or more) to show your patriotic spirit in salad form. 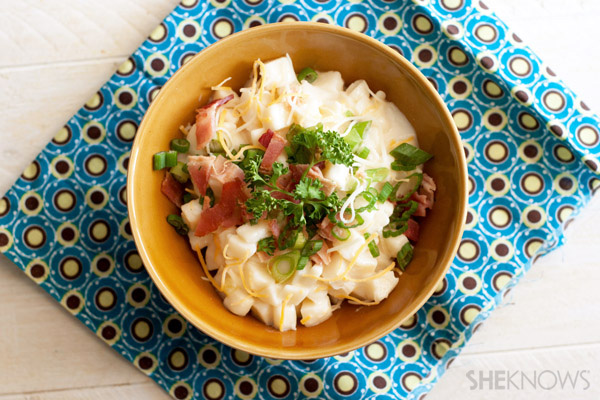 All the flavors of twice-baked potatoes without twice the work. 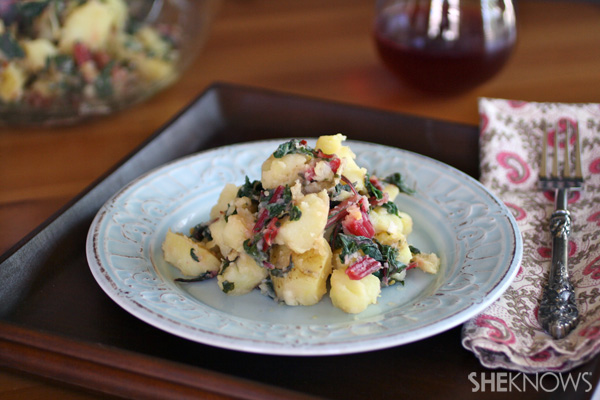 In this day and age, it never hurts to keep your fans’ dietary restrictions in mind when making potato salad. 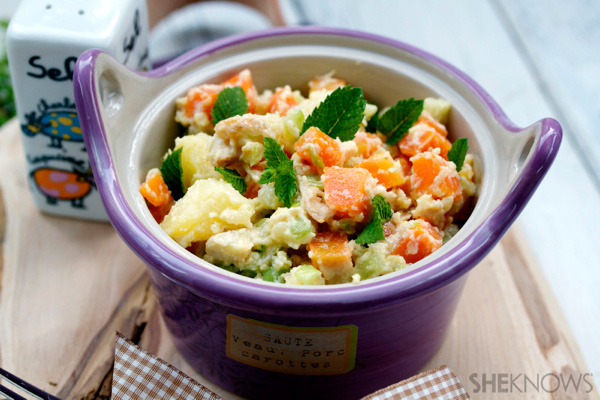 A perfect potato salad for the meat eaters in your life. 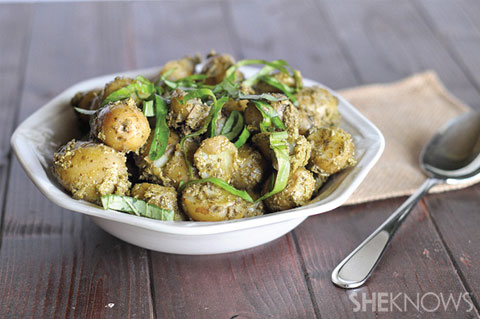 This avocado pesto potato salad is a great way to get all the creaminess of more traditional mayonnaise-based versions without the calories. 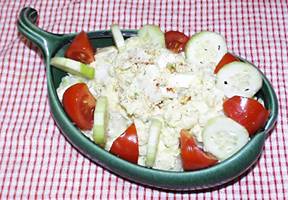 Finally, a traditional potato salad much like the picture on your Kickstarter. Simple, traditional, delicious.

Kickstarter elsewhere in the news