Gone are the days when gluten-free eaters had to settle for inedible substitution products. It seems like every day, there is a new product launch for something that’s better and more gluten-like than its counterparts on the market. It’s a great time to be gluten free — there are substitutes out there for almost anything with wheat, and if there isn’t, you know that someone somewhere is working on one! 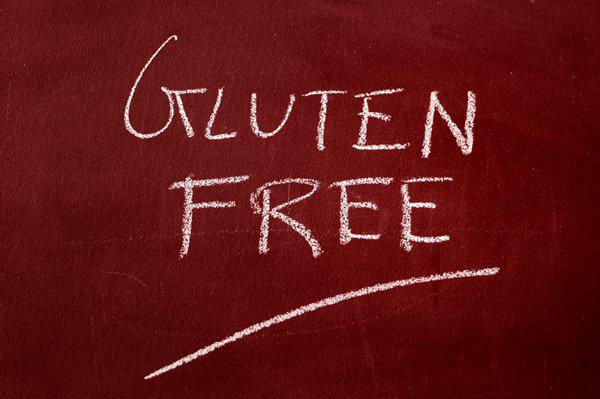 tI’ve had a chance to travel to celiac-friendly expos and events across the country and sample some of the finest gluten-free food on the market. Here I share with you some of my favorite finds, although this list is subject to change daily, what with new products launching all the time to serve our gluten-free needs.

t Teenage favorites are back

t My teenage years were full of fast food and anything I could make in the microwave. It’s not easy being a gluten-free teen, as fast food options are limited and our food choices are not known for being convenient. But this year, Glutenfreeda Foods launched its version of a hot pocket with its new pocket sandwiches. When I tried my first one, I was so happy that I wanted to sit in a corner and sob. I’m not ashamed to say that I took way more samples than was allowed.

t There’s no need to fret about gluten-free pizza, either, because Against the Grain Gourmet has launched some pretty fabulous frozen pizzas. And for you vegans (or egg-free, dairy-free vegetarians), Daiya Foods has launched an awesome line of three gluten-free frozen pizzas — and I’m officially addicted.

t I never thought I’d be the kind of girl who’d spend time looking at the raw-food section in Whole Foods and debating what treat I could afford to take home. However, raw foods and other natural “hippie” foods are making huge waves in gluten-free foods right now.

t I’m loving Hail Merry’s new tarts, with their perfect nut crust and almond butter filling. They come in a variety of flavors as well as in mini-tart form, which you can now find at most Costco stores!

t Chia is a super-popular trend in food, and I found Mamma Chia at Expo West 2013. This flavored chia seed drink (yes, you have to chew the seeds while you drink) is available in glass bottles and smaller-sized squeeze packs at many natural stores like Whole Foods.

t Juice cleanses are also all the rage, and although they’re incredibly expensive, Suja is killing it in the pre-prepared, cold-pressed juice category. Just because you’re gluten free, it doesn’t mean you have to eat bagels 24/7.

t Being gluten free often requires you to bring snacks along with you everywhere because you never know when an occasion will be safe for you. Bars are still king for us, and we’re being offered new products all the time.

t Enjoy Life Foods Decadent Bars will let you savor the flavor of a cinnamon roll or s’mores without all the gluten. The new Larabar ALT bars (also an Expo West 2013 find) get their protein from peas and come in extended flavors like Pumpkin Pie. Last week at the National Gluten Free Expo 2013, I had a chance to sample the new NoGii Chocolate Coconut High Protein Bar. With a whopping 17 grams of protein in each bar, it will give you enough energy to sustain you through an afternoon of driving past mile after mile of Dunkin’ Donuts stores.

t Now that the universe recognizes that so many of us have to go gluten free, big brands are cashing in — often to our benefit. Betty Crocker has launched a set of dry mixes, including chocolate chip cookies and a delightful sugar cookie mix. Pillsbury has launched a line of refrigerated pastry dough and chocolate chip cookie dough, to the excitement of the masses. I will offer the caveat that I’d like to see the Pillsbury products be certified gluten-free and/or be made in a dedicated gluten-free facility, in addition to Pillsbury’s current testing process.

t One of the most talked-about products I’ve seen in the gluten-free world this year is Glutino Toaster Pastries (aka gluten-free Pop Tarts). While these don’t have an inch of frosted sugar on top of them, they toast up wonderfully and give us an option for an on-the-go breakfast that we’ve never had before.

t When you think of gluten, a slice of bread probably comes to mind. Bread is probably the most mentioned item in our “I miss” rants. However, newly launched bread products get us closer and closer to having the real thing without gluten.

t Udi’s just launched their Everything Inside Bagel and Mighty Bagels, giving us bagel varieties that we haven’t seen before (because who really likes cinnamon raisin — it has raisins!). Three Bakers has also put out a 7 Ancient Grains bread that really impressed me. Maybe one day, gluten-free bread will come in a full-size loaf without holes — my fingers are still crossed for that.

t We can’t leave out the impressive nature of gluten-free beer these days. New Planet just released its Belgian Ale, which is its best product to date. Harvester Brewing, out of Portland, Oregon, just opened a gluten-free gastropub, and I can’t wait to visit. Harvester uses a variety of ingredients — including certified gluten-free oats, sorghum, buckwheat and even chestnuts — to give a unique and tasty flavor to its beer.

t Every day, our selection of safe gluten-free food is growing, along with the awareness of celiac disease and non-celiac gluten sensitivity. I think it’s a great time to be a celiac, and I’ll raise a glass of Belgian Ale to that!

tCeliac disease: what you need to know

tDo you have celiac disease?

tGluten intolerance vs. celiac disease, and the trend of eating less wheat