Advertising is the science of removing you from your money. Normally that’s called robbery, but when you’re willing to line up and buy a product on the thinnest of promises, then that theft just becomes another act of capitalism and part of the American way. Not that we’re against capitalism, mind you, but at some point the tactics used to make us want to buy food stop being clever ad tricks and start being deceitful.

Living in a world of food ads would be amazing. Every cracked beer is a party, every piece of fruit ripe and juicy and every steak perfectly grilled. Of course, we live in the real world, where the foods we eat are far from perfect and look almost exactly nothing like the ads that convinced us to buy in the first place. At some level, we expect to be misled by the marketing and advertising, but the lengths to which some food makers will go to make us buy their products are nothing short of ridiculous. Even worse, they’re bad for us.

In a recent article titled The Art of Deceptive Advertising: Quick Review of False & Misleading Tricks Used in Ads, David Adelman pulled the covers back on some of the most egregious food lies in advertising. 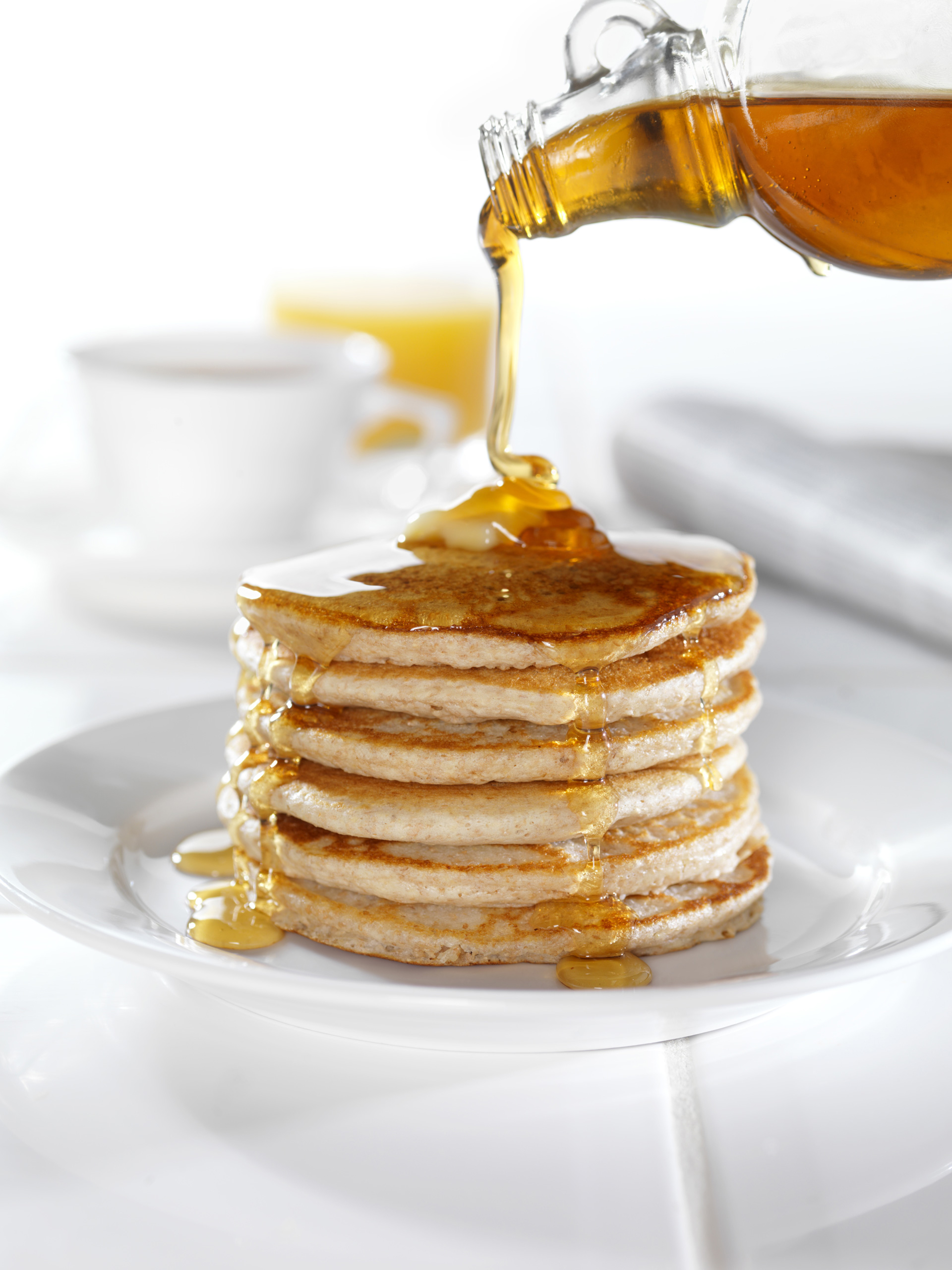 Love the sight of all that syrup pouring over pancakes or of honey on sweet pastries? That’s probably motor oil, which, by all accounts, doesn’t taste nearly as good. 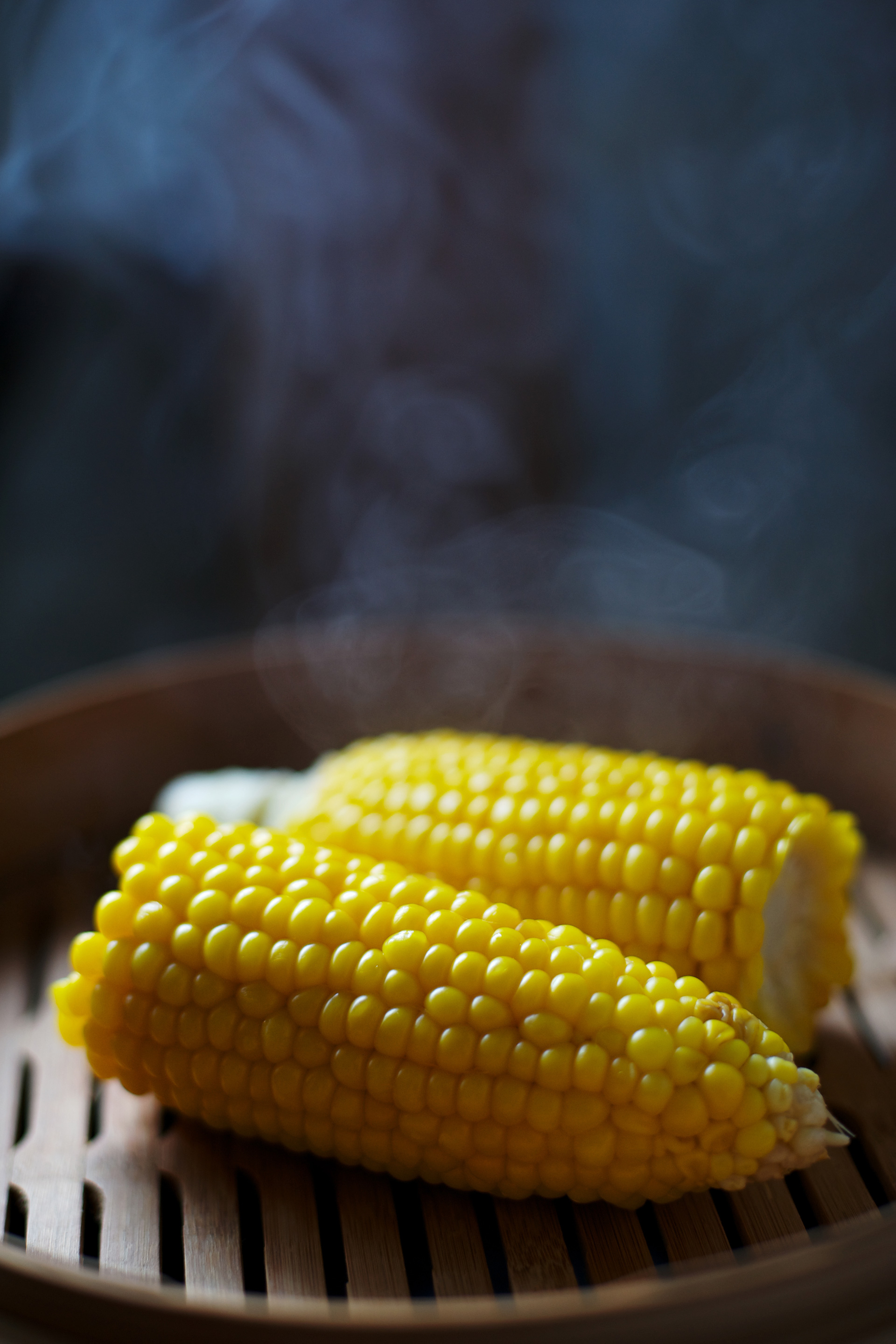 Love the thought of sitting down to a steaming-hot meal? What you’re actually drooling over is the steam from a nice microwaved wet tampon sitting off camera behind the food. (Never thought a tampon would make you hungry, huh?) 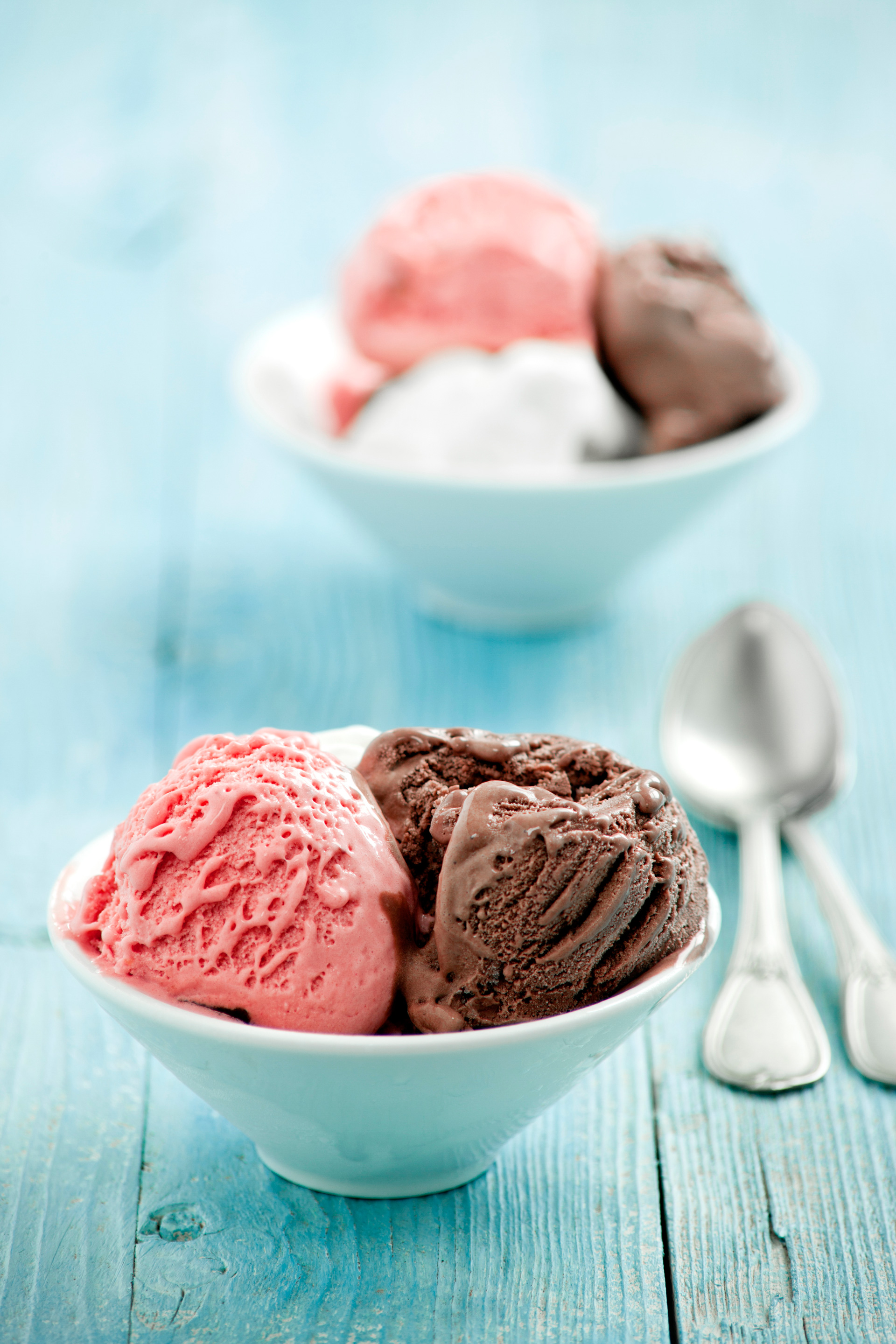 A big bowl of ice cream… That’s got to be safe, right? Maybe not. Mashed potatoes frequently get scooped up and sold as ice cream (once properly dyed). Shoe polish is used to make hamburgers look the “right” shade of gray. Glue is used instead of milk (since milk looks blue on camera, which, oddly enough, is why Luke Skywalker drank blue milk in Star Wars. George Lucas thought real milk was sci-fi-looking enough to be on camera). 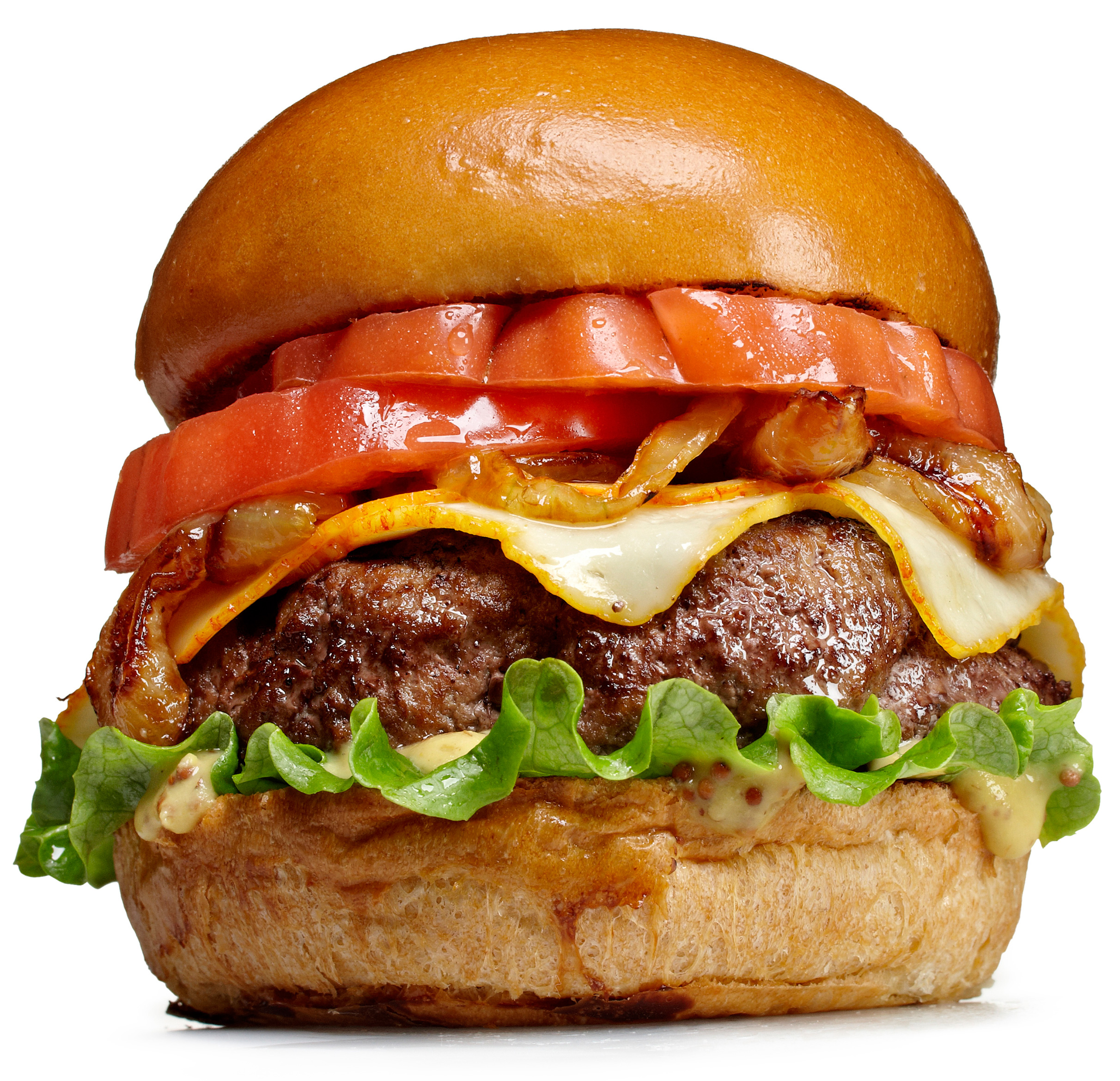 If that’s not bad enough, check out an ad for a big, juicy fast food burger from a television commercial, and then go buy that burger from the restaurant. Do you notice any similarities between those two burgers? It looks plump and juicy in the advertisement. The actual thing looks like… well, this: 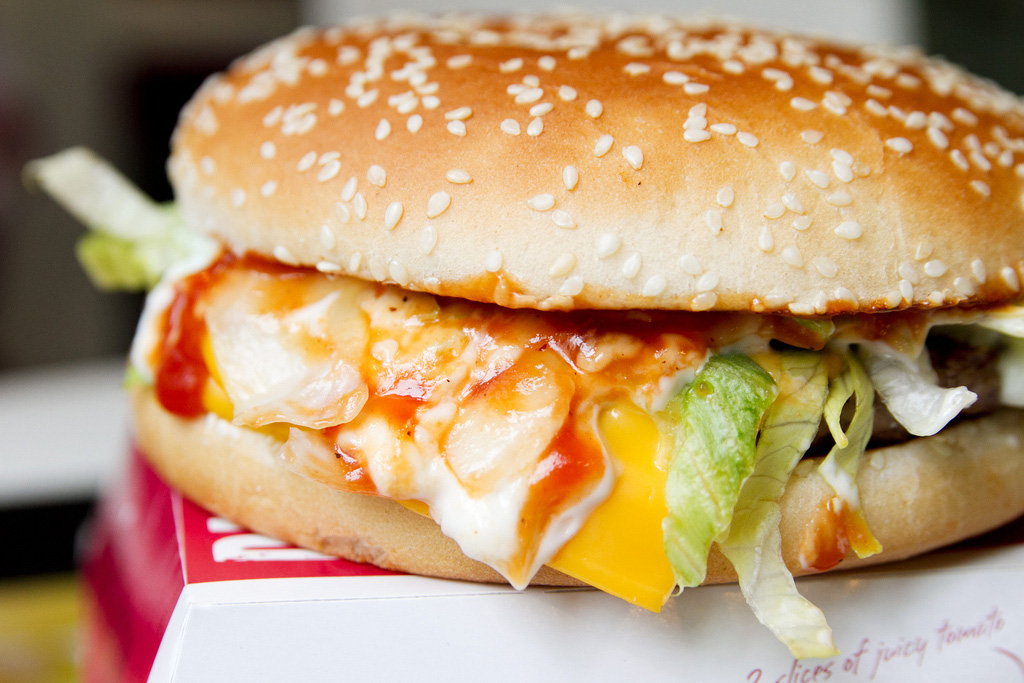 Which would you rather sink your teeth into?

It’s gotten so bad that The Village Inn at one time wrote in small, dark type that the food ordered might not look like the pictures on the menu. Why the disclaimer? There was too much customer complaint.

Why do food companies go to all this trouble to make food more appetizing? They want your money, and food can be ugly. Sure, you can go to Pinterest and see beautiful pictures taken by pros and amateurs alike, but food is rarely that photogenic. What you may not realize is that these images are usually heavily styled, taken under expensive lights and then Photoshopped to perfection. Multiply that by a lot when you get Hollywood and/or Madison Avenue involved. 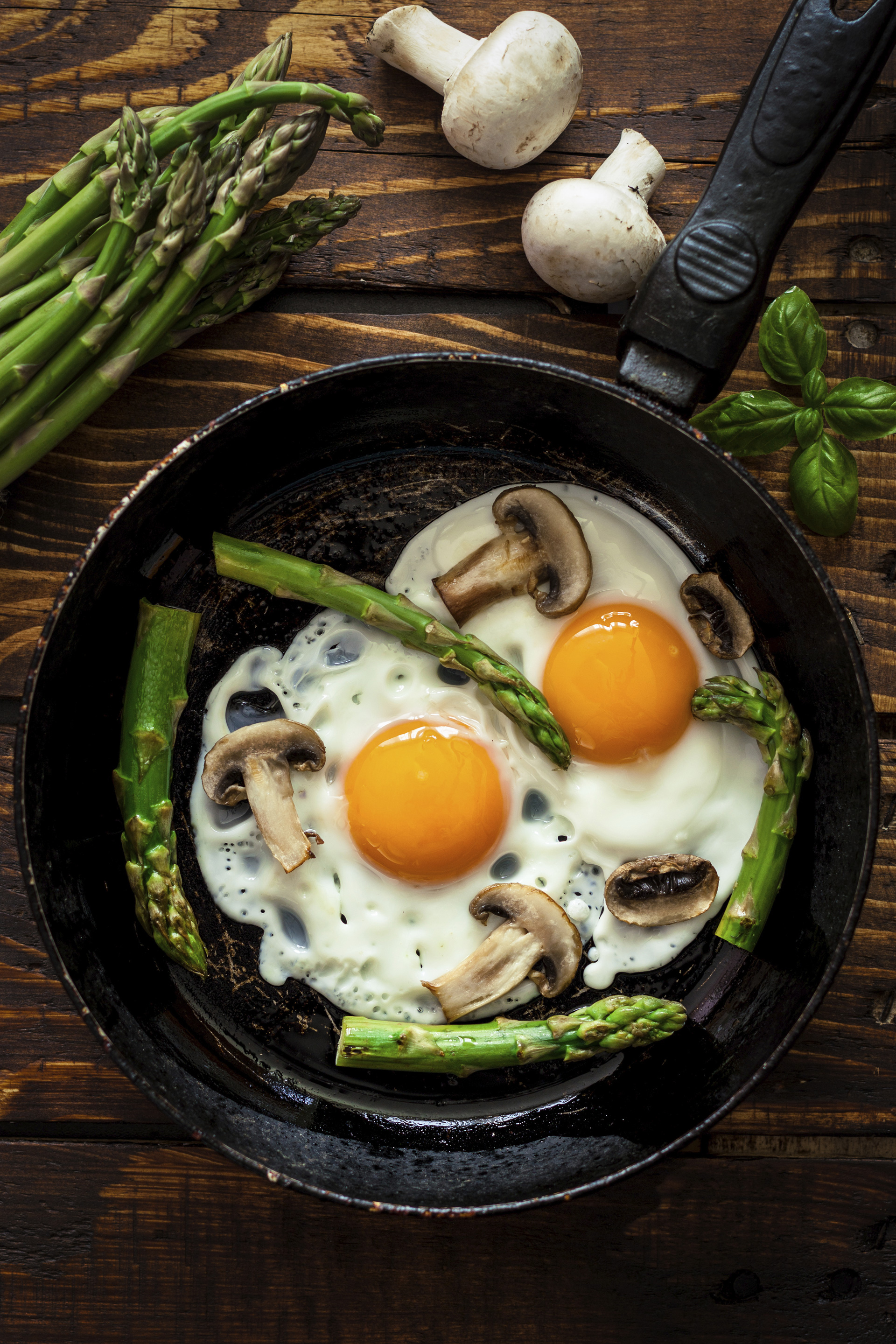 Primarily the biggest danger is disappointment. Go to Red Lobster after seeing a Lobsterfest commercial (complete with slo-mo pans of ruby red lobster, butter erupting like a fountain as bright, white morsels of fresh seafood fall into it), and see if you enjoy your meal half as much as you expected you would. Even worse, though, is that with the obesity epidemic reaching new heights in America, we need to be very careful about anything that unduly influences indulgent eating or builds an emotional response to eating. 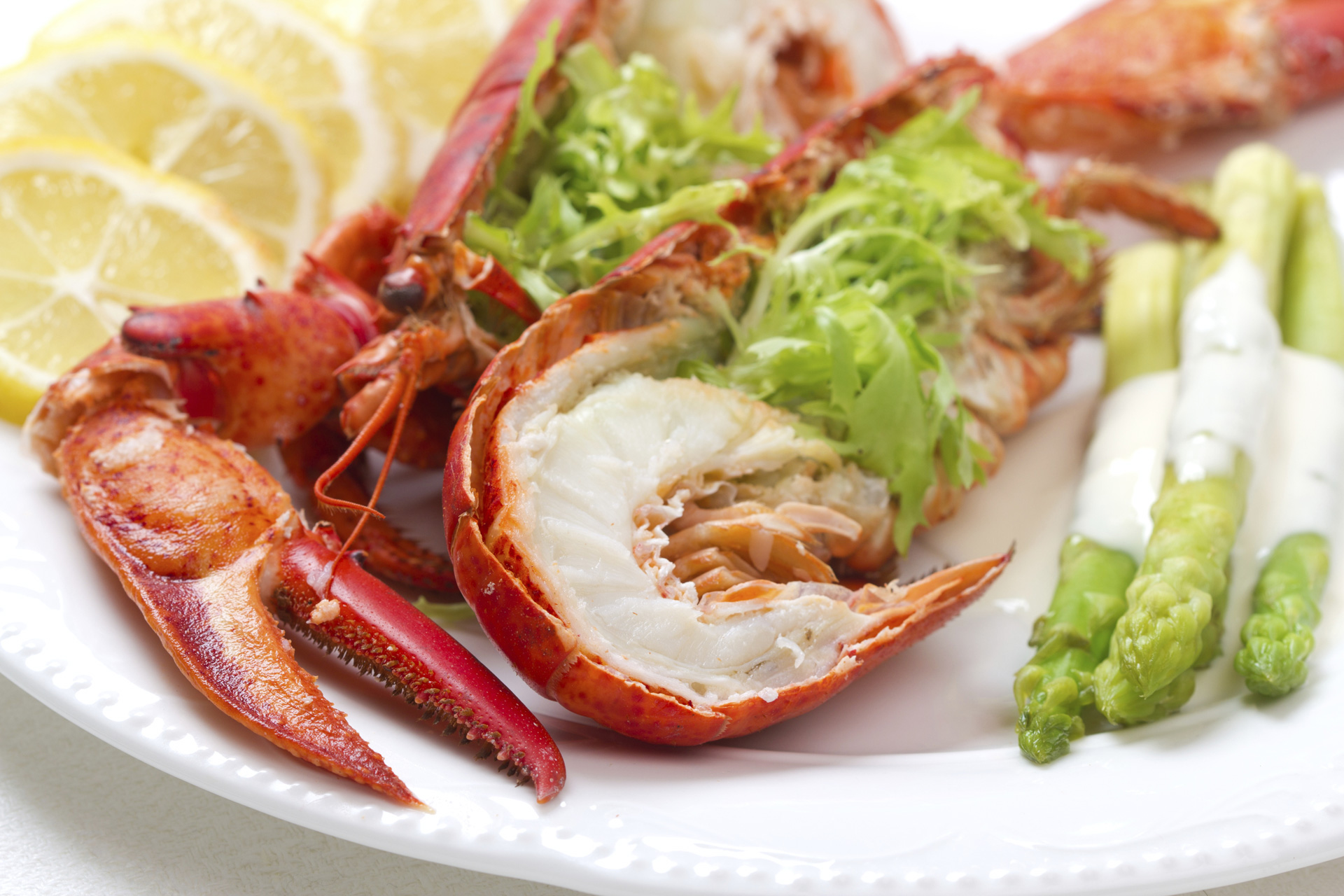 Of course, that’s all a little far afield of the real issue. We’re being lied to by advertisers who sell us food we don’t want through the clever use of shoe polish and tampons, and we’re paying for the privilege. That’s got to stop, and we’ve got to start making decisions not based on some unattainable image but on the foods that are actually good for us.

More testimony on the power of food ads

Martha Stewart Just Made This Popular Dish Into Breakfast Food