It’s time to use up that Easter candy and get a little boozy. Peeps have never tasted so good. 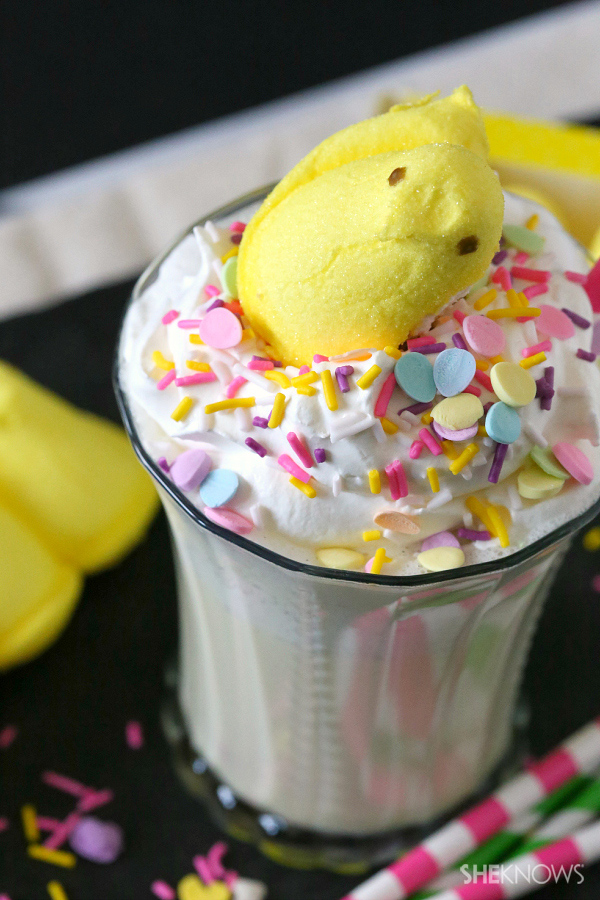 Growing up, I was the kid who would open my Peeps and then let them sit out for at least a week to get nice and hard. I would usually eat them plain, but occasionally I would get creative with my Peeps-eating. Sometimes I would turn them into a super-sugary s’mores treat, and other times I would add them to my milkshakes. It didn’t really matter what flavor of shake I was making — Peeps were always a great addition. 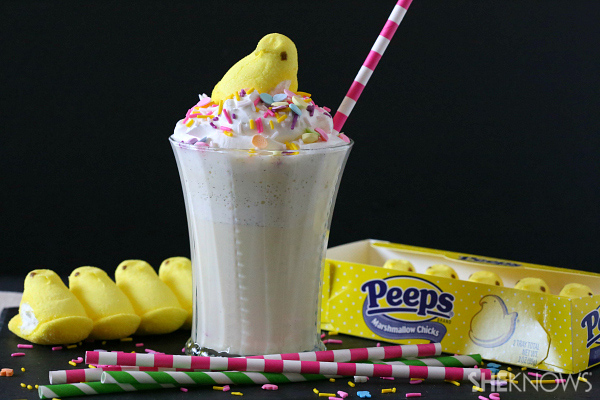 This milkshake relives my childhood, but with a more over-21 twist. I threw in a little toasted marshmallow vodka just to get the party started. Trust me, if you love milkshakes, you’re going to love them even more when they include Peeps and vodka.