Pour yourself a cold one and learn the differences between the two main beer classifications: ales and lagers. 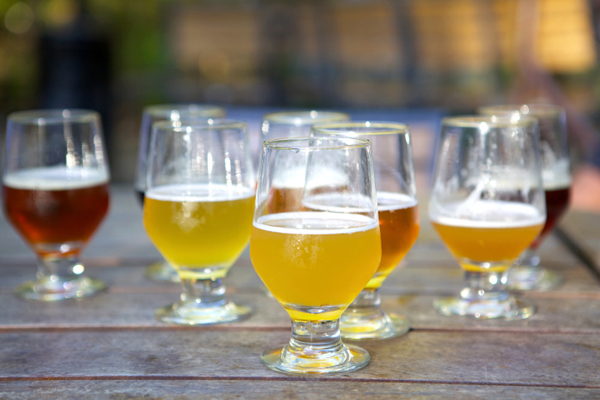 Prior to the 15th or 16th century, all beers were ales. The yeast used and the fermenting process that yeast requires wasn’t developed until that time. So if you ever see a Viking on TV asking for a lager, you’ll know it’s historically inaccurate.

The difference between ales and lagers

The difference between ales and lagers is actually pretty simple. Lagers use a different type of yeast than ales. Ale yeast ferments at a warmer temperature than lager yeast. Ale yeasts often float to the top of the fermentor during the process and are, therefore, referred to as “top-fermented” beers. Lager yeasts tend to go toward the bottom and are called “bottom-fermented” beers.

In general, ales are hearty, robust and even a bit fruity. Much of their flavors are derived from yeast. Color is not a factor. Ales are usually brewed at craft- and microbreweries. They may not be completely transparent. Common styles of ale include India pale ales (IPAs), stouts and wheat ales.

You can drink most ales somewhere between refrigerated and room temperature, which is convenient, since many of the stouts and porters are generally slow-drinking, sipping beers. IPAs usually should be enjoyed very cold.

Lagers, on the other hand, are crisp and clean and often described as smooth or elegant. They usually have a clearer look and may have a lighter body. The three biggest names — Miller, Coors and Budweiser — are all lagers, specifically, American pilsners. Some brands are brewed with rice, which came into favor during Word War II when the cost of grain was astronomical. This is considered a very American brewing process (and considered inferior by many) and leads to an even weaker color and flavor. The main styles of lager are pilsners, bocks and doppelbocks (double bocks).

Generally, lagers should be consumed when they’re cooler. Drinking any beer cooler than 38 degrees F, however, will cause it to lose most of its flavor, so don’t put it in the freezer to get it cold faster.

Ales vs. lagers: How to decide

Honestly, which one you like kind of depends on your personal tastes and what mood you’re in. Hardcore ales can be a bit intimidating, but they’re also full of typically girl-friendly flavors like chocolate, coffee, vanilla and even cherry.

Most people start with lagers, which are often milder. Because of their more lager-like appearance, some may be tempted to start with an IPA when they want to get into ales. If you’re not used to a high hop content, this might be a mistake. Hops have a very distinctive citrusy or grassy flavor that is an acquired taste for some. Wheat ales may look cloudy, but their flavor is often closer to that of a lager, making them the best starter ale.

If you’re just getting into the craft beer game, buy a sampler 12-pack from Sam Adams or Blue Moon. They generally change their samplers by season. If you can find Sam’s Little White Rye during the fall, I highly recommend it. I’m also a fan of Blue Moon’s Short Straw Farmhouse Red Ale, which is currently on shelves.

Better yet, hit a store that allows you to purchase individual bottles. If you’d really like to test the limits, buy a Sierra Nevada Pale Ale, a Guinness, a Stella Artois, a Short Straw and a Samuel Adams Double Bock. Pick up a rye beer if you can find one. There are far more choices, but a tasting of these four will give you a good idea of the various flavors that beer can take on. The idea here is to figure out what flavors you like and don’t like, so don’t stop there. Keep tasting!