From white-tablecloth restaurants to casual tapas bars, here are the best places to eat in Barcelona. 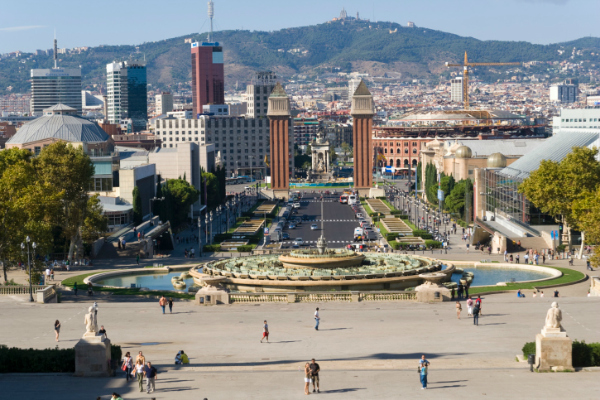 Barcelona’s traditional Spanish-meets-Mediterranean cuisine is world-renowned, but it’s not all Michelin-starred restaurants in this seaside town. From the fresh food markets to inexpensive tapas bars, the Catalan capital has got something for everyone.

Let’s start with one of the biggest culinary draws to Barcelona — high-end dining. Barcelona is home to more than 25 Michelin-starred restaurants, and even more if you decide to explore the entire region of Catalonia. 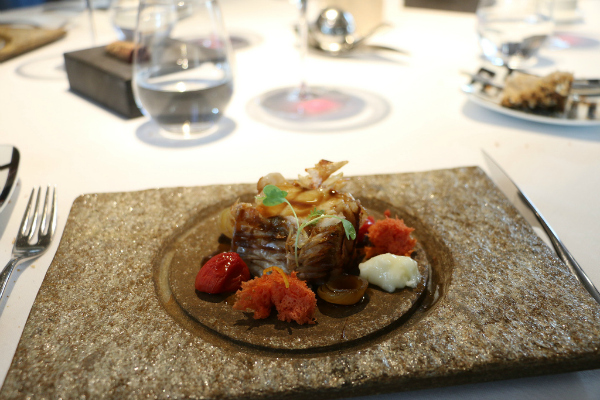 Start at ABaC with Jordi Cruz, the youngest chef in Spain to earn a Michelin star (he was 25 at the time). ABaC features innovative techniques rooted in traditional Mediterranean ingredients and flavors. Serious foodies love dishes like the smoked steak tartare and Mediterranean tuna belly with macaroni in ponzu sauce. But if you’re up for a challenge, try The Grand ABaC 15-course tasting menu for a sampling of the restaurant’s best offerings. 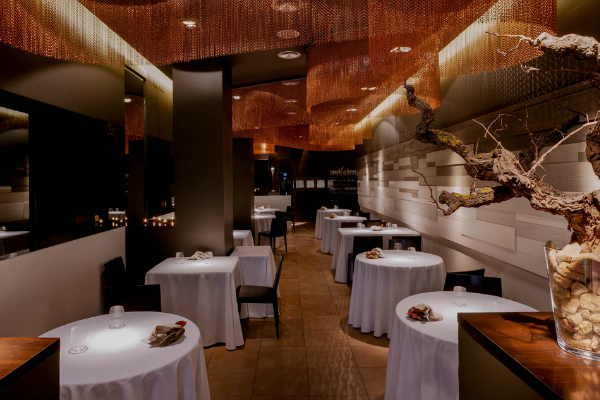 For fine dining on a budget, try Cinc Sentits, where you can enjoy a Michelin-starred tasting menu for as low as 65 euros. Cinc Sentits offers three types of seasonal tasting menus that highlight hyperlocal ingredients, but keep in mind that the most-popular and most-extensive tasting menu is only offered at 1:30 p.m. and limited to eight guests per day. 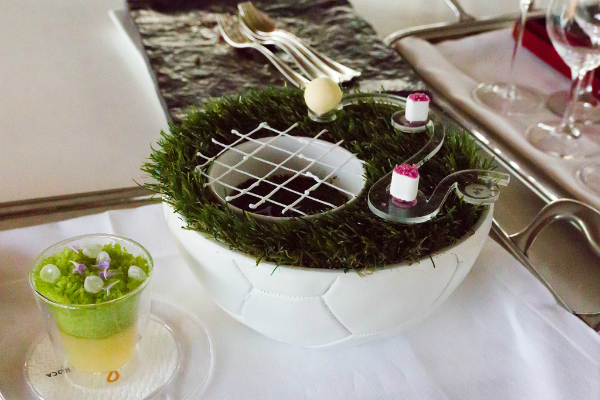 Finally, drive an hour outside of Barcelona to Girona, Spain, to experience the best restaurant in the world (according to Restaurant magazine), El Celler de Can Roca. The inventive dessert pictured above was inspired by the chef’s favorite soccer club. 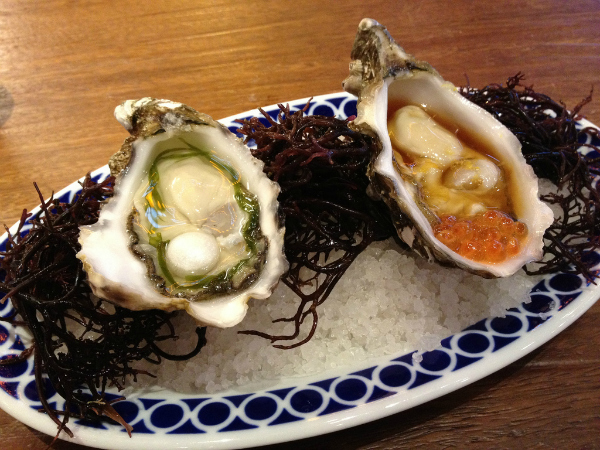 We’d be incorrect if we called modernist tapas bar Tickets “cheap”… but in comparison to the Adrià brothers’ former restaurant, El Bulli, Tickets is quite the bargain. The whimsical restaurant offers throwbacks to the days of El Bulli in tapas form, like the famous “olives” that aren’t quite olives as much as they are olive-flavored molecular spheres, and mini-airbags stuffed with Manchego cheese and Iberian bacon. Although more expensive than your standard tapas bar, Tickets isn’t your standard tapas bar and well worth the price and waiting list. 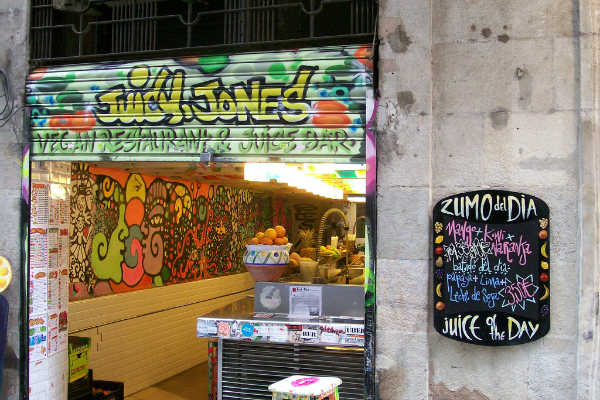 Ethnic dining comes at a wallet-friendly price in Barcelona, like the Mexican street-food favorite La Taqueria, and the handcrafted burgers and empanadas at Argentinian Negro Carbón. Barcelona is also vegan- and vegetarian-friendly with a wealth of inexpensive options, like the 30-year-strong Biocenter, one of the first vegetarian restaurants in the city, as well as the brightly colored (and we imagine Dali-inspired), 100 percent vegan Juicy Jones restaurant and juice bar. 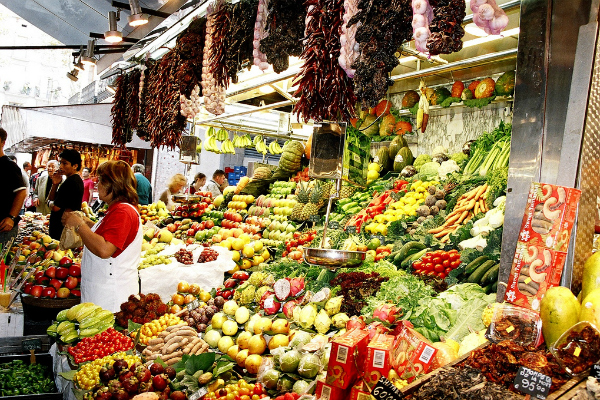 No culinary trip to Barcelona is complete without a stop at Mercat de Sant Josep, also known as La Boqueria. Located just off La Rambla, La Boqueria is the most-famous food market in Barcelona and is a favorite stop for locals and tourists alike. Weary tourists can fuel up on freshly made 1-euro juices or enjoy ready-made meals and tapas from the various food stands. If you’re looking to prepare one of your own culinary creations, you’ll find everything from caught-that-day seafood to whole rabbits or rare wild mushrooms. For a similar scene without all the tourists, try the Mercat de Sant Antoni, which is larger than La Boqueria and located in the L’Eixample neighborhood, along with Gaudí masterpieces Sagrada Família, Casa Milà and Casa Batlló.

Frequent Flier: 6 Must-see sights in Barcelona
10 Best destinations around the world for foodies
Where to day trip from Madrid