Pork chops, apples and cinnamon are a classic combination. We’re serving them up skillet-style for this one-pan meal. 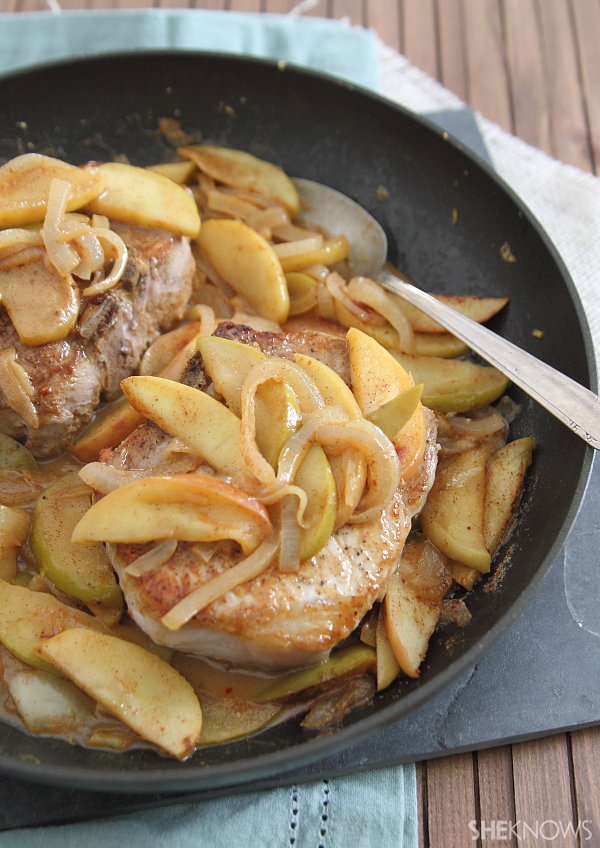 Growing up, there were certain staples on our menu. Chicken cutlets (with some cheese melted on top, if we were lucky), grilled flank steak, pasta at least one night of the week and pork chops. And on pork chop night, the jar of applesauce came out of the fridge as well for its weekly debut at the dinner table. Pork and apples, it’s a classic combination. 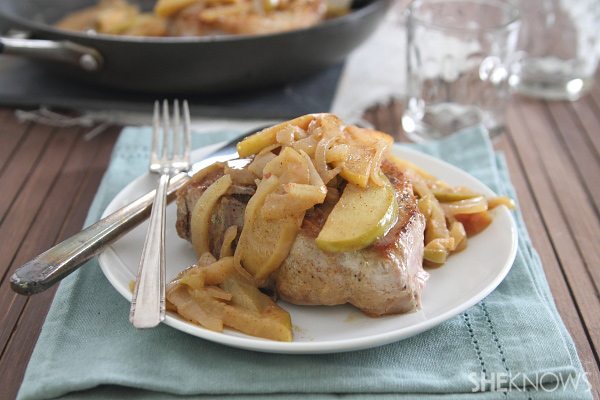 I’m going to one-up my mom, though, with this recipe and say leave the applesauce in the fridge and grab some real apples. This is as simple as it gets (hello, one pan!) but a super flavorful meal to make pork chop night a little more exciting.