Cuddle with your honey in one of these super-sexy and romantic restaurants in New York City. 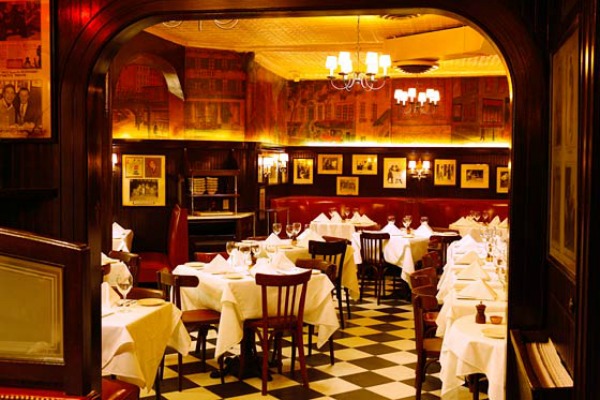 Let’s start with a classic. The uber-cozy Minetta Tavern has been romancing New York City residents and visitors since 1937, and it hasn’t lost any of its charm over the decades. Located in the heart of the West Village, this speakeasy-style restaurant oozes vintage glamour and romance, all the way down to the crimson-colored booths. This spot can get a bit loud as it’s one of the most-popular restaurants in Manhattan, but if you request a booth in the back room, you and your honey will feel like the only couple in the place. Splurge on the legendary $27 Black Label Burger that, although may not be the sexiest dish, will be the best burger you’ve ever had in your life. Trust us. 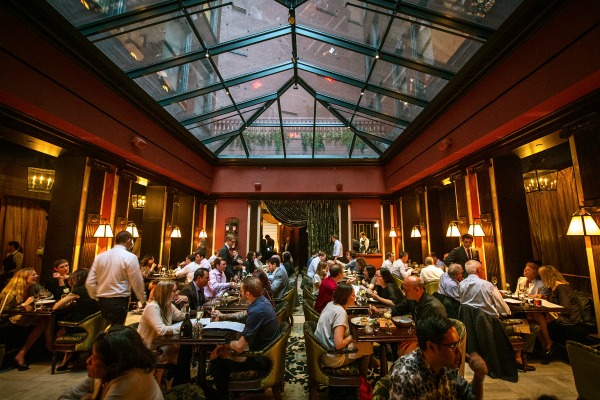 Stepping into The NoMad Hotel feels like walking into a grand European chalet. The softly lit entryway and lobby are shrouded in velvet curtains that muffle the hustle and bustle of the city, while the soft music and book-lined walls provide instant calm. This casually elegant motif is continued throughout the hotel’s restaurant, which is helmed by Will Guidara and award-winning chef Daniel Humm of the nearby Michelin three-starred restaurant Eleven Madison Park. Book a table at The Nomad in the Atrium, an airy space filled with natural light that is reminiscent of courtyards in Paris. The roast chicken for two has been called the most-perfect roasted chicken in all of New York City and is served with foie gras and black truffle. 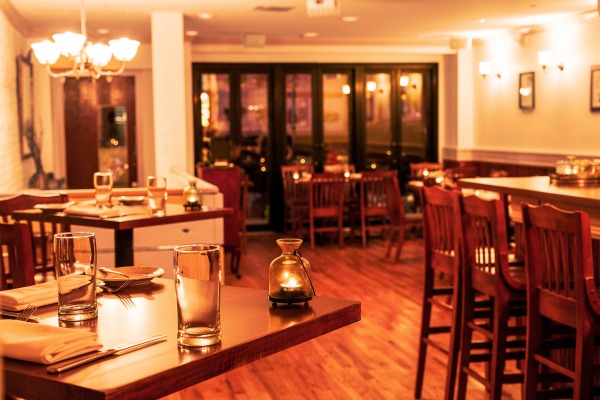 North River, a newly opened restaurant in the East Village, is quickly making a name for itself as a romantic hot spot for couples on a budget due to its $65 four-course prix-fixe menu of comfort foods. The intimate restaurant boasts the perfect menu for a lady who wants to treat her man to hearty dishes like artichoke dip, lobster ravioli or a classic steak. For the manly man with an adventurous palate, try the belly doughnut appetizer — pork belly braised for four hours then sandwiched between a house-made coconut doughnut. Top it all off with a sweet slice of German chocolate cake for you and your sweetie. 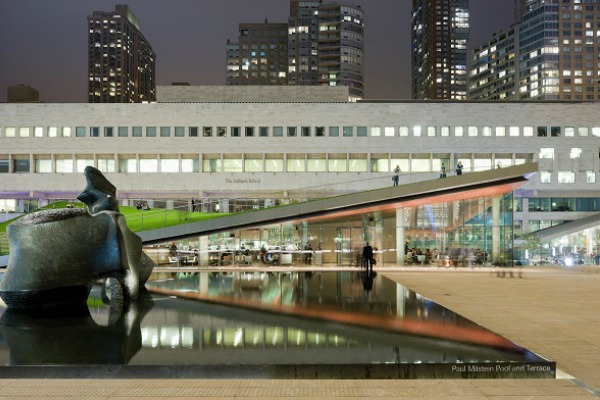 Foodie couples should head to the Upper West Side for dinner at the Michelin-starred Lincoln Ristorante. Romantic dining is practically synonymous with Italian food, and this Valentine´s Day, Lincoln Ristorante is offering the “Menú di San Valentino” — a special five-course tasting menu of refined modern Italian cuisine. The menu features plump pasta served with black truffle, grilled branzino or a rib eye and zuccotto. The glass-walled restaurant is located inside Lincoln Center and overlooks the Henry Moore sculpture pool. Couples looking to embark on an over-the-top romantic evening can pair dinner with one of the world-class performances at Lincoln Center. 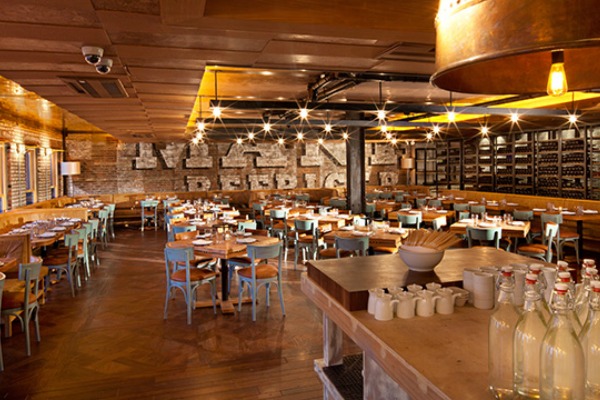 The Meatpacking District is arguably the sexiest neighborhood in Manhattan. “Glamazon” women teeter precariously over cobblestone streets in high heels on their way to the next party, while gorgeous male models and superstar athletes follow in their trails. So, where do these beautiful people go for dinner? Catch. Owned by nightlife impresarios Eugene Remm and Mark Birnbaum (of nightclubs Tenjune, SL NYC and Finale), Catch has the same sleek and sexy vibe of the hottest nightclub, while offering some of the freshest and tastiest seafood in the city. We all know that seafood is an aphrodisiac…

10 hrs ago
by Jennifer Tzeses