There is no such thing as too much cheese, right? At least I hope not, especially after I made this decadent bread. It’s stuffed with two kinds of cheese, bacon and jalapeño peppers, making it probably the most indulgent (and let’s face it — delicious) bread you’ll ever have. 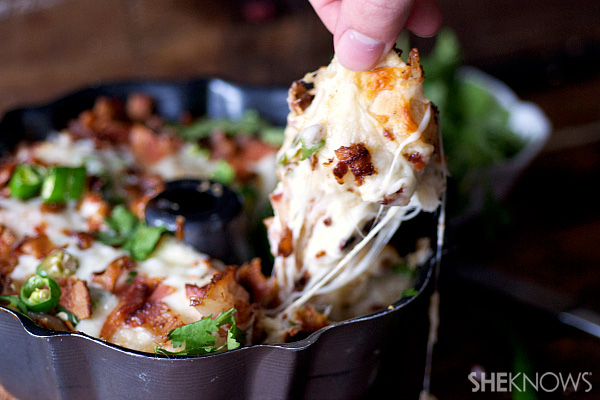 Not only is this bread topped with cheese, it’s stuffed with it too! Oh and to make things even better, I chopped and topped each slice with bacon. Seriously, this bread is the best thing you’ll ever have. Just make it, eat it and don’t share. I won’t judge you one bite. 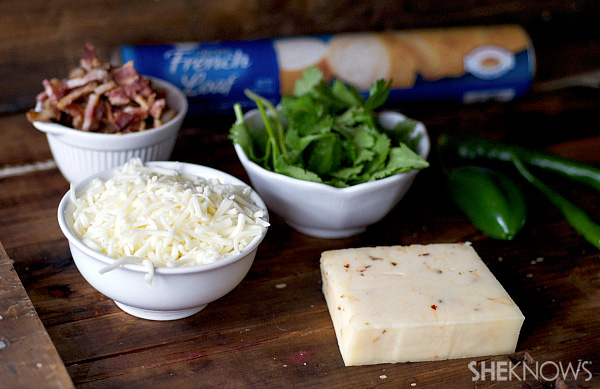 Unwrap the dough and place on a floured surface. With floured hands, roll out slightly and form a circle. 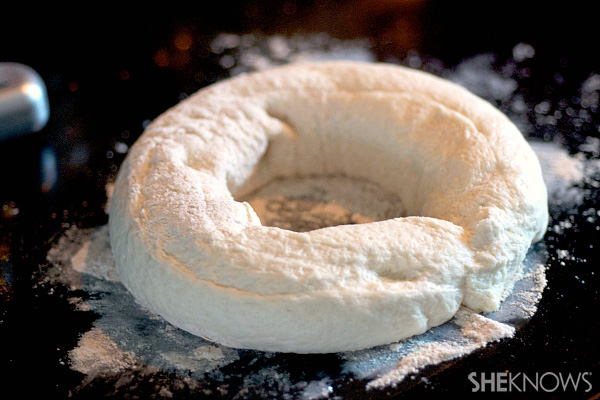 Grease a standard-size Bundt pan with nonstick cooking spray and place the dough inside, sealing the ends together.

Cut dough and stuff with cheese

With a sharp knife, make slits in the top of the dough. With your hands, carefully push open the slits and stuff the cheese in. You want to use about 1/2 cup of the mozzarella cheese. 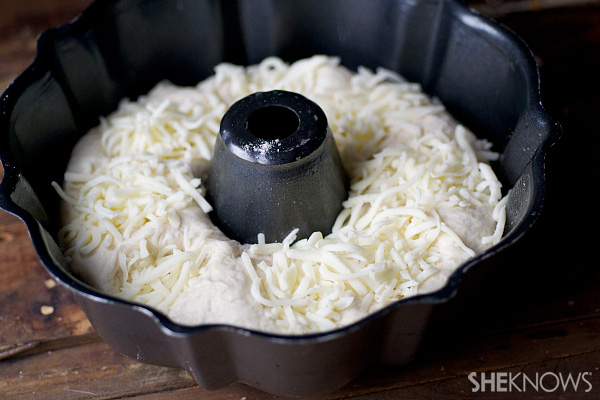 Preheat oven to 375 degrees F. Top the cheese with chopped jalapeños. Bake the bread for about 18 minutes or until cheese is melted and the top is golden brown. 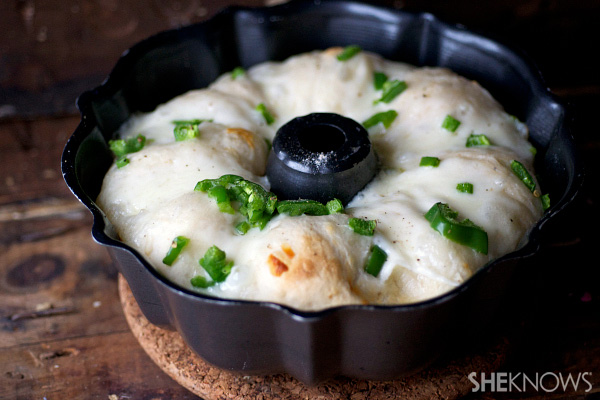 Add the rest of the cheese (3/4 cup) over the top of the bread. Sprinkle with bacon and remaining peppers. 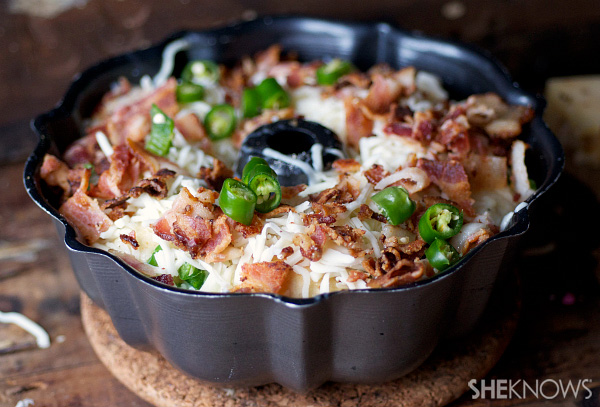 Bake for another 10 minutes, or until remaining cheese is fully melted. 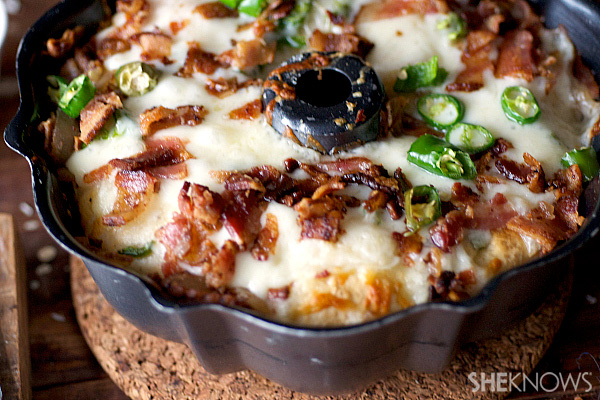