Every year, major and craft breweries come out with some of the most exotic and flavorful beers just to celebrate Christmas. Toast the season with these ultra-flavorful beers. 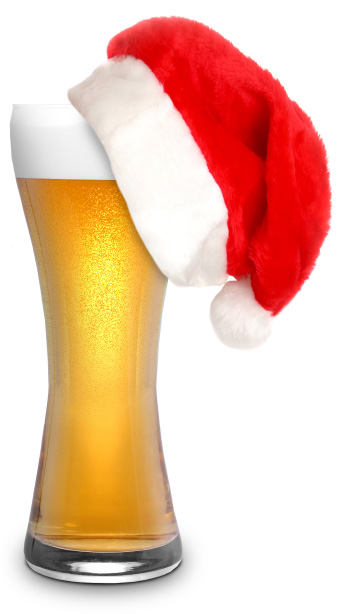 Every year, major and craft breweries come out with some of the most exotic and flavorful beers just to celebrate Christmas. Toast the season with these ultra-flavorful beers.
Since they aren’t available all year and some will never be available again, Christmas beers are like a present from the brewers to us as we get to pop the cap and savor the very first taste of the season itself. These beers are often maltier and spicier than other seasonal favorites, so if you’re searching for a beer to bring you some Christmas cheer, we recommend you try one of these.
1

Ruby red in color, The Mad Elf Ale is a complex brew featuring the flavors of sweet and sour cherries, local honey and chocolate mixed subtly with spices. The unique spicy Belgian yeast makes it stand out among other Christmas beers. The overall flavor and character are as pleasant as its color, making it a go-to brew for celebrations where beer drinkers of multiple tastes are likely to gather.

This winter warmer is one of the brands you can expect to be different each year, along with the tree that graces the bottle. This year’s tree is the California white fir, hand-drawn by the same local artist who’s been doing their labels since 1975.

So what’s 2013’s offering like? We won’t spoil the secret (that’s half the fun), but it’s got the quality you can expect from Anchor. Better yet, if you like it, the one thing that never changes is that, properly refrigerated, it will remain drinkable for several years, though the flavors will change slightly as it mellows.

With flavors like fig, nutmeg, fruit, caramel and black pepper, this beer has a lot going on, but it’s got a good balance. A little on the sweet side, the high carbonation gives it a drier finish than expected. If you dislike the burn of carbonation at the end of a beer, it may not be for you.

This dark copper-colored beer from Sam Adams is less spicy than other Christmas beers, but still features seasonal flavors like caramel, milk chocolate, fresh-baked bread and pecan with a malty flavor, creamy mouthfeel and bittersweet finish. If you can’t find this one, you can also try White Christmas or Holiday Porter from the same brewer.

This Belgian abbey ale features one of our favorite things about Belgium: Belgian chocolate! But despite that flavor, it’s not too sweet. It tastes and smells of toasted malts, dark fruits, molasses and raisin and has a beautifully thick, long-lasting head.

Another brew that changes from year to year, you can expect a spicy character with hints of bright citrus, but that’s all we’ll give away. It will go well with many holiday treats, but it may not be the best beer for all, as it tends toward the (very) hoppy side.

Exactly what jolly old St. Nick drinks after a long night of popping in and out of chimneys, this amber brew is extremely well balanced with hints of grapefruit and malt and a spruce finish to balance the roast-y flavors. It’s not the most “Christmas-y” of Christmas beers, but we’d imagine Santa’s a bit sick of the flavors of gingerbread and chocolate chip cookies on Dec. 26.

This beer comes in a can, but with intriguing Americana art, even the anti-can people have to be curious. That curiosity will be well rewarded by this chocolaty, malty brew’s flavors of cinnamon and coffee. We still recommend finding it on draft if possible, though.

To those of you in the know, “Sierra Nevada” and “Christmas beer” probably sounds like an oxymoron. And so it is. But their contribution to the season is a welcome break from the sometimes aggressive flavors of other seasonals. True to Sierra Nevada form, it’s hoppy as hell. Its main claim as a Christmas beer seems to be in the piney flavors, and we’re OK with that!