Eggnog, that rich, luscious drink that we slowly sip during the holidays, has been around since the end of the 1700s. Today, we tackle the history behind it and discover new recipes. 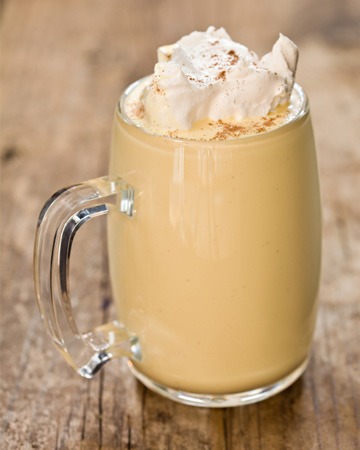 Eggnog dates back to the 14th century, when Englishmen enjoyed a drink called the “posset.” Described by the the Oxford English Dictionary as “a drink made of hot milk curdled with ale, wine or the like, often sweetened and spiced,” it didn’t include any eggs like the classic eggnog we drink today.

Once the booze-laden drink reached the U.S., eggs were added as well as more dairy, since dairy farms were accessible to almost everyone. The replacement of ale, sherry and Madeira took place, too, since these liquors were terribly expensive. Rum and whiskey took their place. Adding cream, eggs and sugar to the alcohol made for a drink everyone enjoyed.

Eggnog goes as far back as our first president, George Washington, who had his very own recipe for eggnog (apparently he forgot to mention how many eggs to use in the recipe, but cooks of the time suggest a dozen eggs were needed):

Eggnog around the world

Although created in England and recreated in the U.S., eggnog varieties have popped up all over the world, with countries adapting the original recipe to their taste. In Chile, it’s called “Vaina” and includes brandy and cocoa powder, while in Puerto Rico, “Coquito” is king! Literally translating to small coconut, this eggnog is made from coconut milk for that rich taste. Spices such as nutmeg, cinnamon and cloves are classic, but you can even find eggnog recipes with the addition of chili powder for that touch of heat.

You can now find eggnog in almost every grocery store in the U.S., starting in November and all throughout the holiday season. In 2011, the Huffington Post taste-tested more than a dozen eggnogs in search of the best ones and the results were interesting.

Starbucks has their classic Eggnog Latte, a blend of espresso with steamed eggnog and milk, topped with ground nutmeg.

Since eggnog is basically eggs, cream and sugar, it’s used as a base for many desserts during the holidays, including baked eggnog doughnuts with eggnog rum glaze. Other ways to use eggnog include in custards, puddings, cakes and even in brownies! Eggnog not only adds great flavor to desserts, but moisture and richness as well.

Get in the holiday spirit with more eggnog-filled goodies 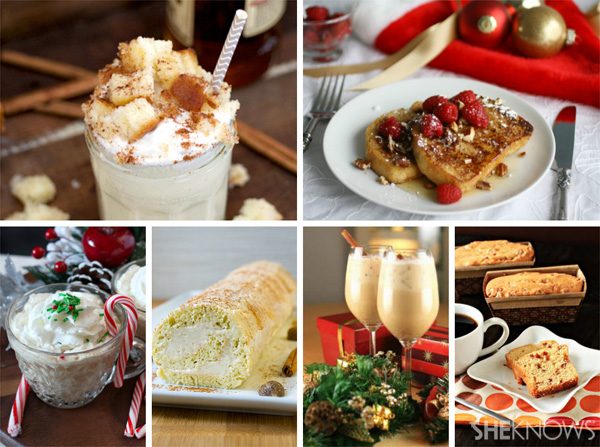