Thanksgiving and Hanukkah fall on the same day this year making it one epic food holiday — Thanksgivukkah! We’ve put together a great menu celebrating this rare occurrence. 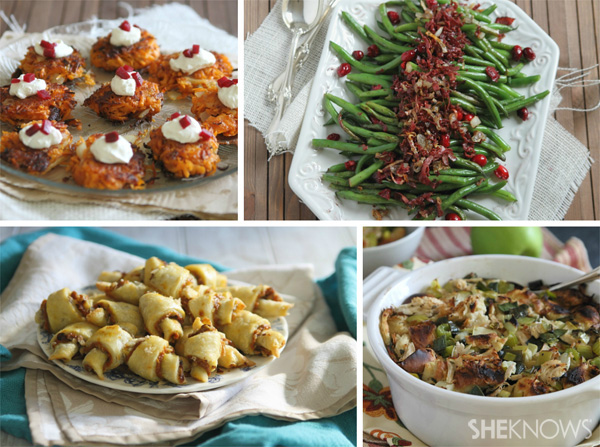 What would Thanksgiving be without sweet potatoes on the table? For a Hanukkah spin, we’re making latkes and topping them with a tangy horseradish-sour cream sauce. 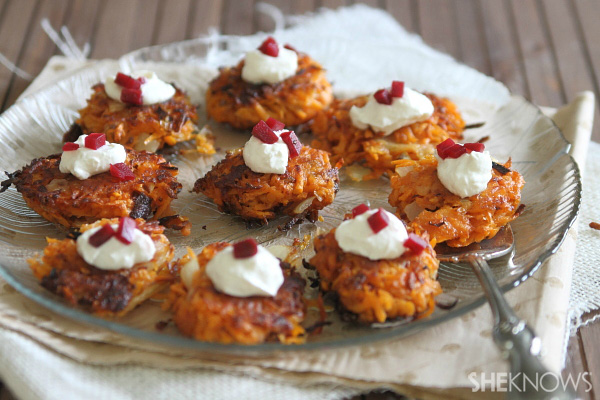 No green bean casseroles this year! We’re taking a simple side dish and giving it some holiday flair with cranberries and a crispy pastrami and shallot topping. 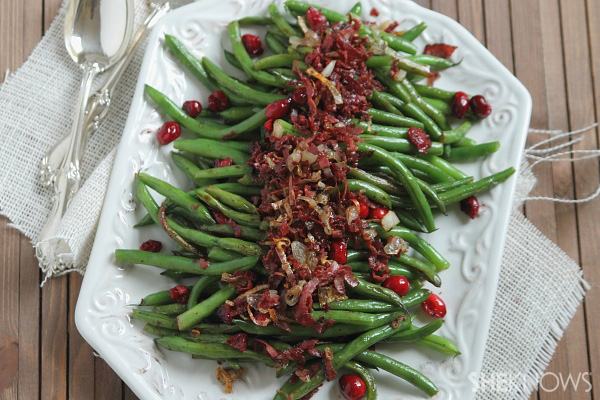 We’re taking stuffing from a side dish to the main entree with this Thanksgivukkah version. Using challah bread makes it buttery and delicious while the apples, leeks and turkey give it some great depth of flavor and staying power. 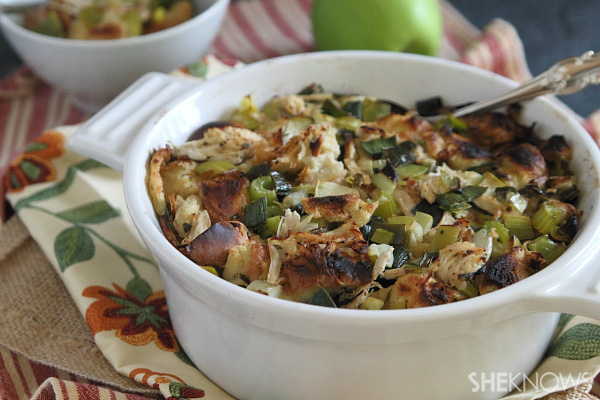 Turkey (alternatively, you can use leftover cooked turkey)

No regular pumpkin pie on this Thanksgivukkah table! Pumpkin pie and rugelach meet in these delicious buttery, cream cheese, bite-size desserts. They’re so much easier to make than you think, too! 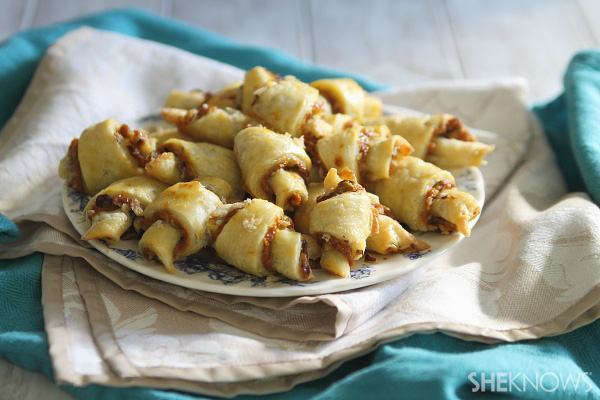