Celebrate as if you were in Germany! Here’s everything you’ll need to recreate this event at home, from home brewing to unique and authentic German recipes! 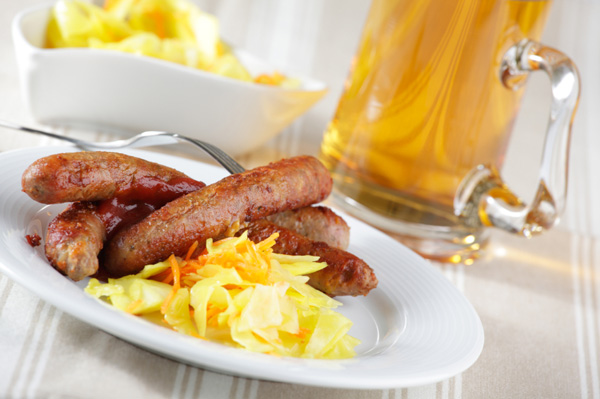 Oktoberfest, a 16-day celebration in Munich, Germany, (but celebrated in other cities and all around the United States) takes place beginning Sept. 21. More than 6 million people attend the festival in Germany. But all around the world, restaurants and bars have smaller but just as authentic celebrations. Not all beer can be served at Oktoberfest in Germany, it has to be brewed within the city limits of Munich. But for your home celebration, let’s not worry about that. Today, we’re sharing a few ways to make Oktoberfest a reality, whether you’re throwing a small beer-tasting party at home or gathering the entire neighborhood for a weekend beer fest!

Since we’re not in Germany, the strict rules of where your beer is from do not apply. But still, try to keep it local if you can! Head to your closest liquor store and ask what beer is brewed in your state and stick to that! If you’re not lucky enough to have breweries around your state, chose specialty beers that you normally wouldn’t try. Some of our favorite breweries are Dogfish Head, Stone Brewing Co., Schlafly Beer, Founder’s Brewing Co. and Rogue Ales. One of our favorite brewing cities is St. Louis, known for its huge corporation, Anheuser-Busch, but even better, home to craft breweries like 4 Hands Brewery.

Hosting a beer-tasting party is simple, yet really showcases the beers to your guests. Do a blind tasting by placing bottles in brown bags and allowing your guests to share their thoughts on the beers without knowing what they’re drinking.

Want to expand your party to beers across the nations? Host an around-the-world beer party! Beer brewing is a craft that appears all over the world, from Mexico to Belgium and Japan in between! Pair the beers with foods from the beer’s countries, such as Mexican beers like Modelo with Fish tacos with avocado cream sauce.

Want to brew your own beer? Check out these home brewing kits!

Nothing says Oktoberfest more than beer, cheese and sausages! Recipes abound for the occasion, but here are some of our favorites: 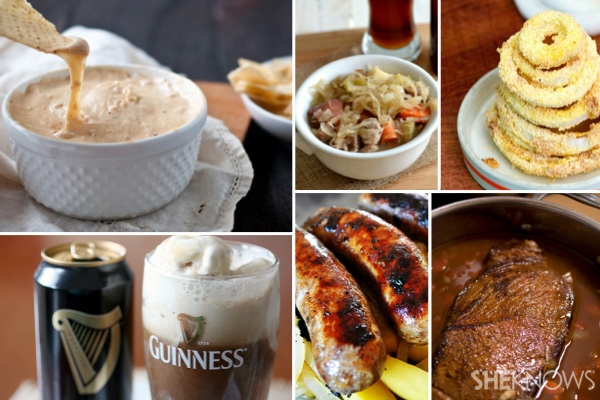