Unless you’ve been living under a rock, there’s a strong chance you’ve heard of a cronut. And if you’re lucky, you’ve tried one. These flaky, half doughnuts-half croissants have taken the world by storm. To celebrate the fame, we made our own baked cronut, originally made popular by the Dominique Ansel Bakery. 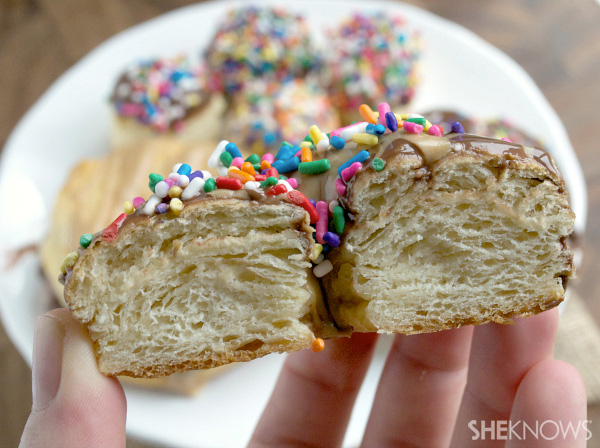 These baked, not fried, cronuts are filled with rich chocolate, glazed with peanut butter and topped with fun sprinkles. If you’re worried these baked cronuts don’t measure up, just take a look at the layers! Each bite is flaky, buttery and sweet, giving you the world’s most delicious (and slightly lighter) brunch fare! 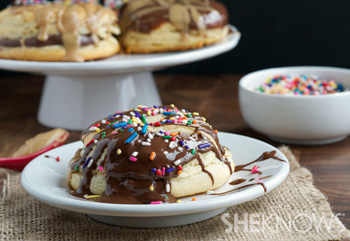