Whether you’re a die-hard football fan or just like experiencing a new city with the locals, tailgates are a fun and relaxed way to take a quick vacation. Make sure you hit one of these top seven tailgates for maximum gridiron fun. 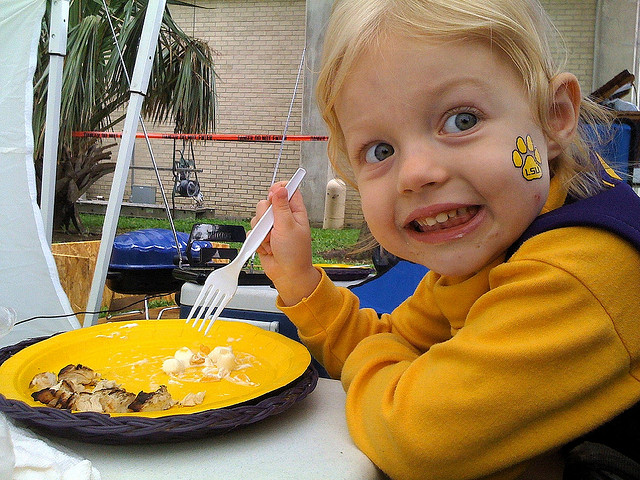 LSU fans take their tailgating very seriously. If you want to tailgate at LSU, prepare for a rowdy time. If that’s not your scene, you may want to reconsider. Why? Alligator stew, jambalaya, Cajun sausage: Need we say more? In fact, ESPN has a great idea for the Food Network: exclusive broadcast rights! 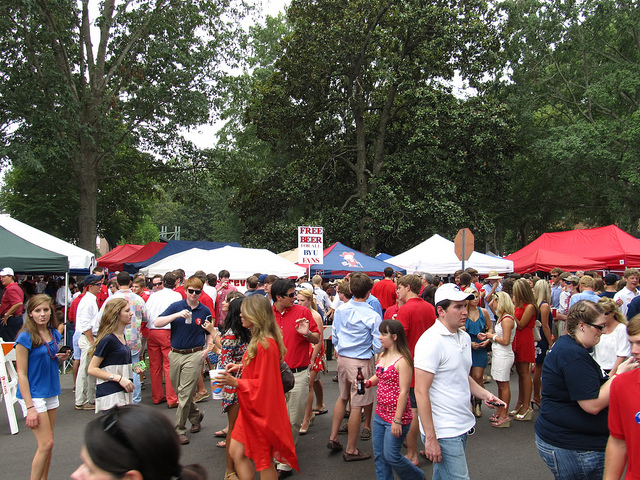 Ole Miss, in stark contrast to LSU, takes tailgating to a whole new level. Fans show up dressed well in sundresses and Oxford shirts, often with ties (no body paint in sight, though you might see a foam finger or two). The tables are set with fine china, and the event space is decorated with flower arrangements and chandeliers.

Since the tailgate space doesn’t allow open flames that may burn down their beautiful trees, you’ll have to bring your own or buy food on-site. But you can pick up anything from a beautiful fruit salad to finger sandwiches, pasta salads, crispy okra, baked goods and more. 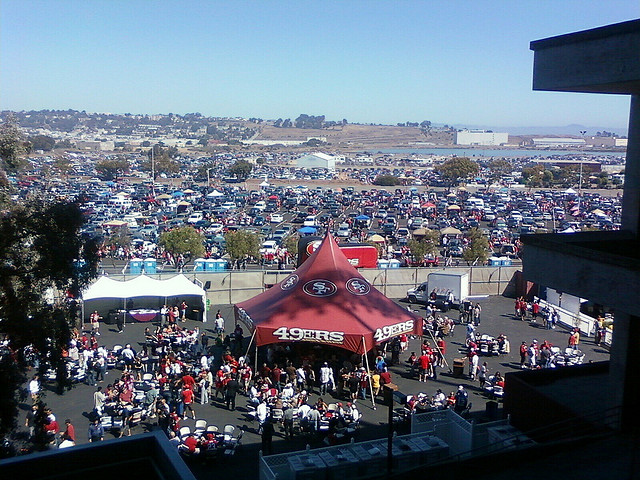 If you tailgate in San Fran, make sure you bring your galoshes. If it rains, Candlestick Park’s lot becomes a wet mess! But it’s worth it for a sampling of the delicious Hawaiian barbecue, carne asada tacos, andouille sausage-stuffed SF Rushrooms and more.

The Georgia vs. Florida game 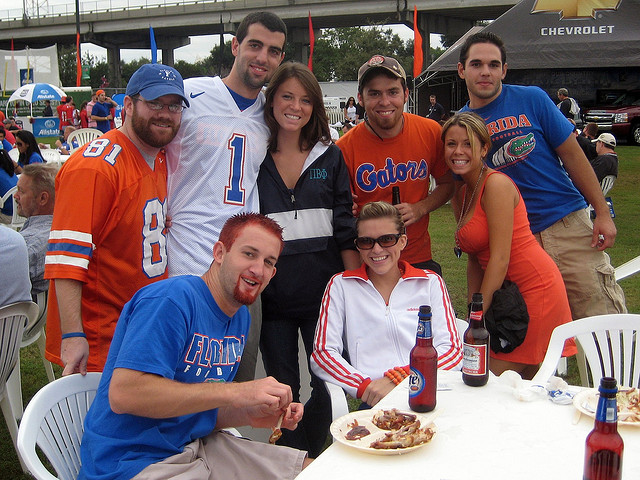 OK, this party’s so good, the government had to step in! The tailgate at Jacksonville’s The Landing is so fun, the media dubbed it “The World’s Largest Cocktail Party.” For some reason, the SEC wasn’t a fan of that and asked them to stop. 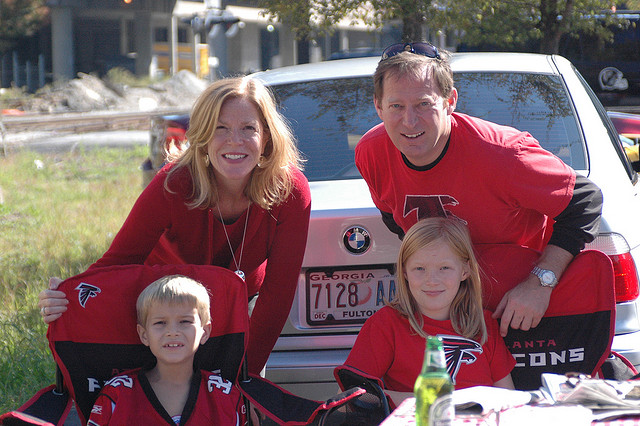 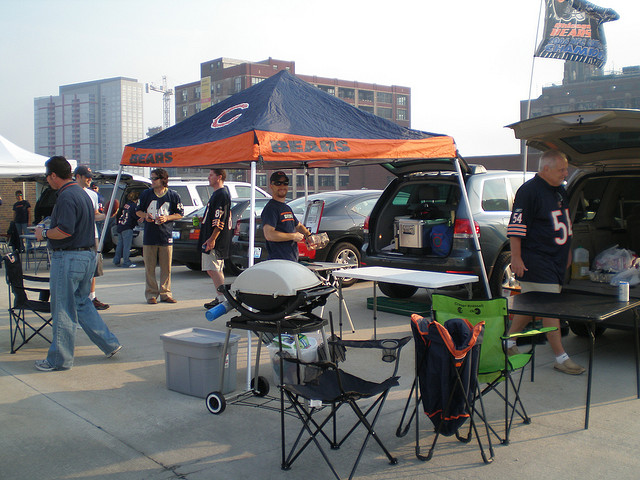 Bears fans are some of the most loyal and loud fans around, so tailgating with these guys and gals is sure to be a blast. While you’re there, partake of a grilled Krispy Kreme doughnut or check out a real Chicago-style hot dog featuring a Vienna beef dog, onion, relish, tomato, pickles, medium-hot peppers and topped with mustard and celery salt. 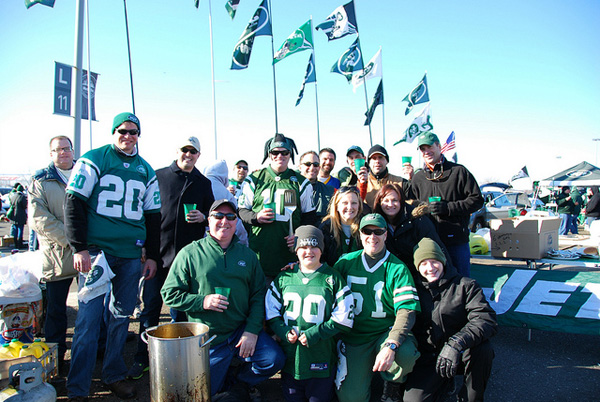 J-E-T-S, Jets! Jets! Jets! Whether you’re a fan or not, that’s still what you’ll be shouting after hitting up the tailgate to find New York-style pizza and plenty of lobster.

If you’re more into turf than surf, hit up a New York Giants game, where they serve steak (New York strip is our guess for the most popular). We wonder if they cook the steak over the jerseys they burn?