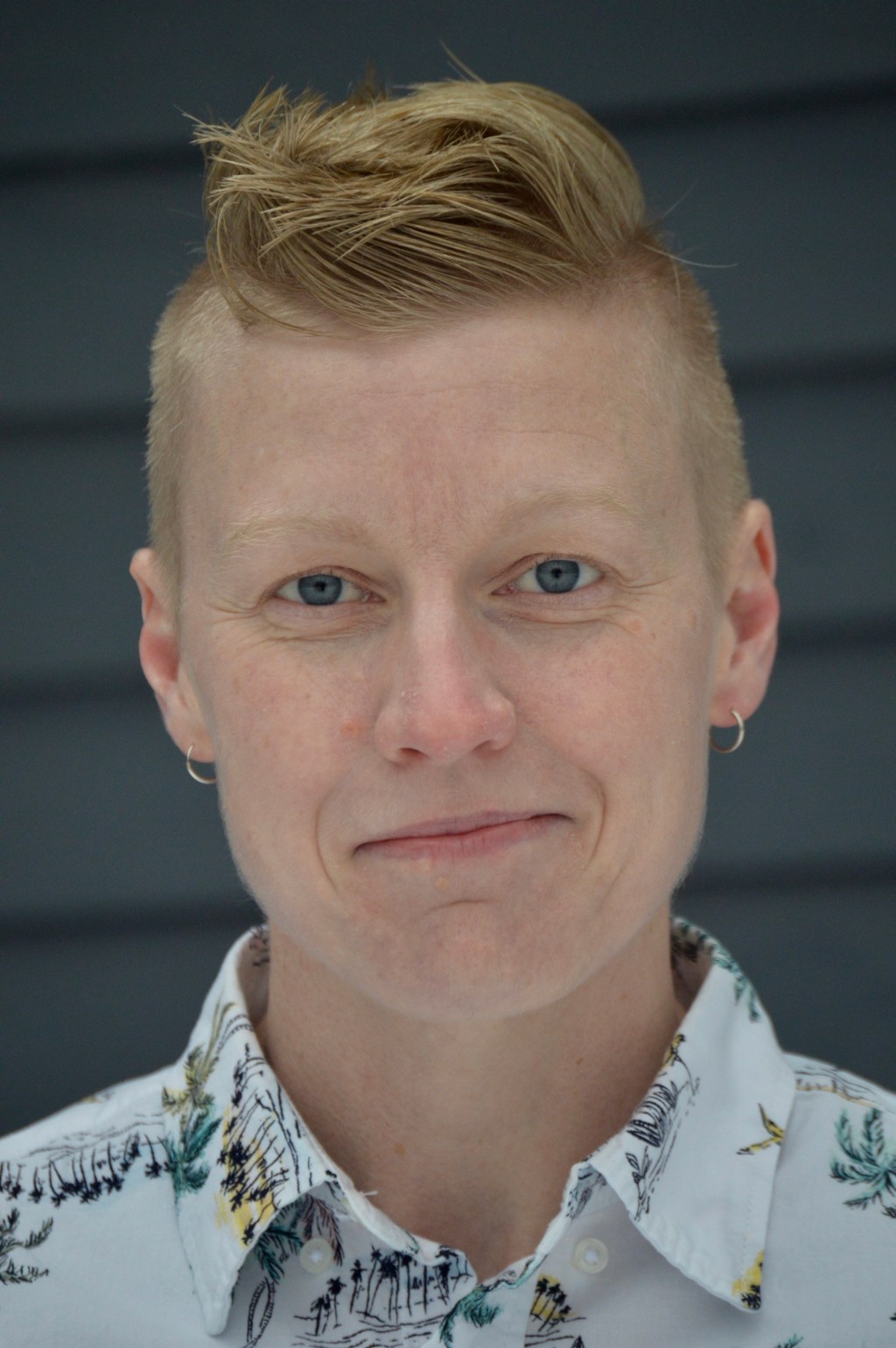 Every time I hear someone ask a pregnant person, “Do you know what you’re having, or will it be a surprise?” it pisses me off.

A child, I always think in response. Hopefully, the pregnancy will result in a child. But that’s rarely how the pregnant person responds.

Um, sorry, but you do not know that. Also, why does it matter? Studies show that our brains are not that different based on gender. It’s how we raise our kids that feeds their behavior and expectation of self.

“Boys are easier for sure! But you already have the girl stuff.”

Girl stuff? UGH. Things don’t have a gender, nor do they determine or influence the user’s gender.

“Our fingers are crossed for you!”

Cross them all you want! I promise you will not know the gender of your baby until they confirm or deny the label they were assigned at birth. Sigh. Instead of feeling happy for the very pregnant woman and grateful she had support in her life, all I could think was Ugh. You just don’t get it.

I’m very aware that society’s default way of thinking does not consider folks like me or my daughter. I am nonbinary, and I don’t identify as either male or female. My daughter is transgender, and her gender identity is female. I was assigned female at birth based on my body parts (biological sex) and my daughter was assigned male based on hers.

They have ignored this sandbox for almost a year and it breaks my heart a little. . When I was a stay at home parent, I spent hours sitting next to them while they built, dug, and asked me to look at their creations. . I also spent hours lamenting sand that would make its way into the house. . After weeks of a new normal that is anything but normal, they have returned to the sandbox. . They are seeking familiarity and comfort. . This breaks my heart too. . #queeraf #soberaf #yogaaf #nonbinary #lgbtq #advocate #educate #enby #transawareness #translivesmatter #pride #gender #genderexpression #topsurgery #parenting #gayparenting #nonbinaryparent #kids #transkids #covid19 #socialdistancing

I lived almost 40 years as a female, but that label never felt right or like the whole story. I have always presented as masculine based on society’s expectations of masculinity and femininity, and for a time I wondered if I was male. I spent years trying to decide if I would be happy socially and medically transitioning from female to male. But that didn’t feel right either. It wasn’t until I heard the words “genderqueer,” “nonbinary,” and “gender-fluid” that my identity at last made sense.

Most often, I don’t feel like I have any gender. I am just me. Other times, I feel a mix of being both male and female. But being forced to choose one gender has always made me cringe. I finally got to the place where being referred to as a “woman” with female pronouns and gendered language made me feel small, irritable, and sad. So I switched to they/them pronouns and I plan to have gender-affirming top surgery. That said, my name is feminine, I have hips, and I still have breasts (which cause the bulk of my body dysphoria), so people not only assume that I have to be one of only two genders; they assume that I fall under the “female” category of those two options. Even after science and peoples’ lived experiences have told us otherwise, the majority of folks still believe that biological sex is the same as gender.

The proof of this ignorance is in the millions of dollars being spent on gender reveal parties and even more millions spent on damages caused by them. (Truly; everything from forest fires to car explosions to fistfights have dominated news headlines after people tried to go viral in their one-upmanship in the use of pink and blue props.)

I, however, do not feel celebrated; nor do other transgender folks who don’t align with the gender we were so eagerly assigned by others at birth, with labels tossed around as party games. We feel misunderstood and frustrated. Why? Because we don’t fit the heteronormative idea that all people fall into the gender binary of either male or female. We don’t follow stereotypical gender roles and maintain stereotypical masculine and feminine appearances. In our society, heteronormativity is the default: the assumption that all people are heterosexual and cisgender; that binary, straight, and gender roles are the norm; and that anything outside of this narrative is abnormal.

I hit my six month top surgery post-OP date last week. . I felt a mix of gratitude and grief. . Last week was also a year together with @kristenmae_author. . I don't miss my breasts, but I miss being in the presence of the woman who has been my biggest advocate. . I miss her care, her touch, and affirming ways. . I know we are both safe, healthy, and have what we need. I know this will pass, but the distance and so many unknowns add layers of hard. . Many of us are mourning, and I know others have lost so much more. . I am thankful for technology and a flat chest. . That will have to be enough for today. . #queeraf #soberaf #yogaaf #nonbinary #lgbtq #advocate #educate #enby #transawareness #translivesmatter #pride #gender #genderexpression #topsurgery #nonbinaryparent #covid19 #socialdistancing #mentalhealth #endthestigma #depression #sobriety #ocd #dysphoria #masculinity #authenticity #love

It took me coming out of addiction and then coming out as transgender to finally see: There is nothing wrong with me.

There is nothing wrong with my daughter, either. I was not anticipating having a transgender child, nor was I motivated to strive to raise a gender-neutral child, but I certainly did not throw a party to celebrate the penis between my daughter’s legs. A baby shower was held to celebrate her life, but I wasn’t about to celebrate the biases that accompany gender. Of course, most people’s gender identity does align with their biological sex (that is called cisgender), so I was comfortable calling her my “son” and using male pronouns before we knew her true identity. But, when she started to be insistent, consistent, and persistent that she was a girl, my former partner and I realized our guess had been wrong. And that’s fine — and not uncommon.

My daughter’s transition was not one we took lightly. We followed her lead, consulted with transgender friends, and met with her pediatrician. My daughter has been very involved in each part of her transition, from hair, clothes, and pronouns to legal gender markers on her social security card and birth certificate. I am not forcing anything but affirmation onto my daughter.

Before she started kindergarten, but well after she had self-identified as a girl, I told her I wanted to correct her birth certificate. I told her that when she was born, we had to put an M on it to indicate she was male, a boy. When she asked why we did that, I explained that it was because she had a penis.

She was confused and agitated. “But girls can have penises too!” she exclaimed. After all, she lives this truth every day and knows better than anyone that gender and biological sex are not one and the same.

I agreed and asked her if it was okay to fix her birth certificate. Her answer was an emphatic yes. She was annoyed that it hadn’t already been changed, and I apologized for the mistake. She carried a copy of the corrected form for several days; it was validation, but it was also a frustrating display of needing to prove yourself because someone else had already decided your identity for you.

I am thankful I was able to help my child transition relatively easily to be the person she wants and needs to be — the person she is — right when she showed signs of needing that change. I am thankful I finally found ways to be true to myself, in part through advocating for my daughter. We all deserve to live an authentic life, and by watching my daughter live hers, I was able to find the strength to live mine.

The biggest difference between my journey and my daughter’s was a lack of expectation. I never placed any definitive opinions or anticipation on my child about who she would become. I had some guidelines to work with, but her sense of self was always hers to discover — without me forcing her in any direction based purely on her body parts. Because of this space to safely and confidently be herself, she has had the opportunity to live her truth at a much earlier age than many trans kids. While most transgender children will still experience more depression, anxiety, and discrimination than their cisgender peers, my hope is that with my support and the community that my daughter and I have around us, she will never know the pain of having to hide from herself and from from those she loves.

But with pain comes purpose, and my purpose is to help the next generation of folks, as well as those my age and older who are still struggling, to live outside of the box they were assigned at birth.

A version of this story was originally published in September 2019.

We love these celeb parents who are so supportive of their LGBTQ kids.