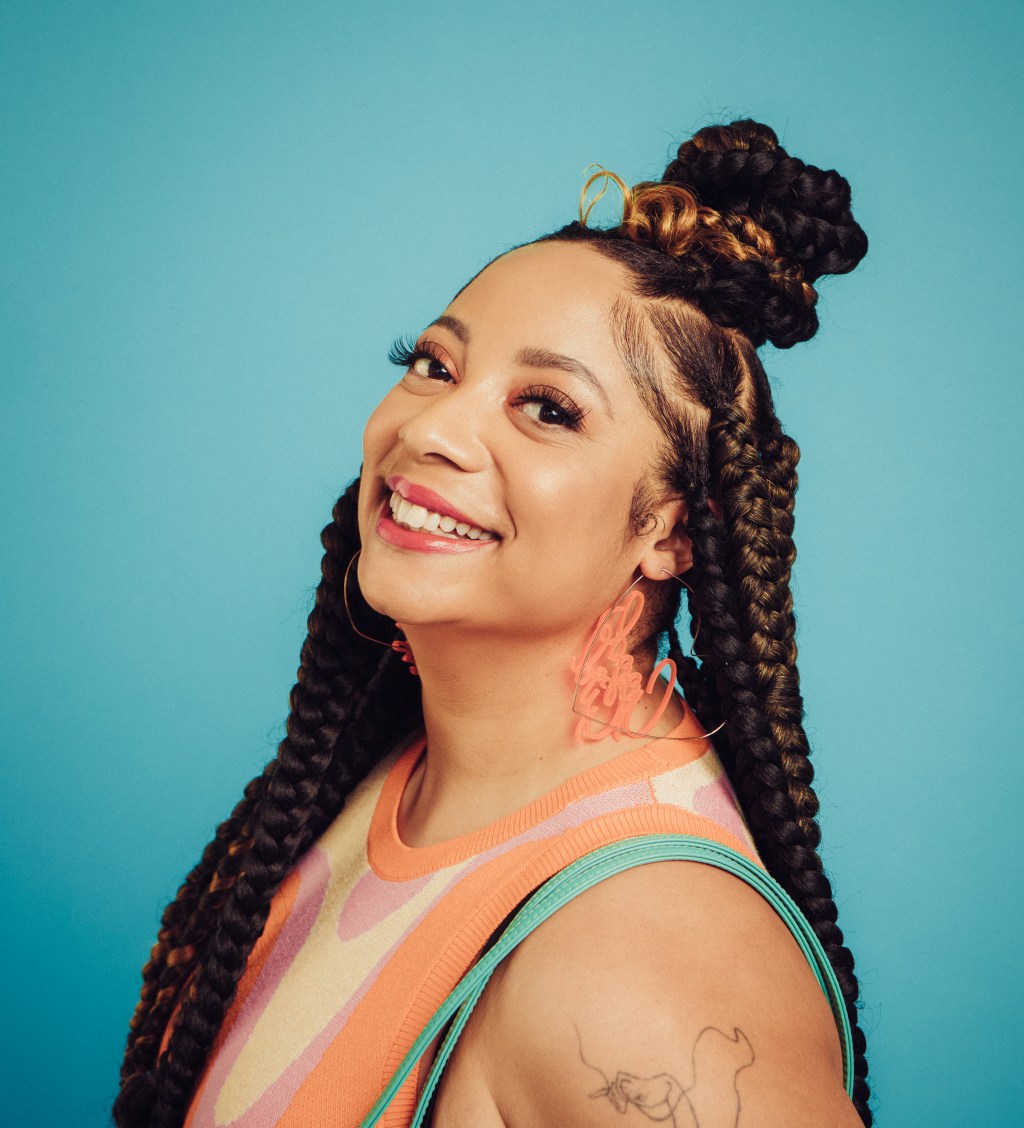 The history of “Ripped from the Headlines” TV is long and one most viewers are familiar with. Whether you eagerly await Law and Order’s latest take on the news or prefer high-brow prestige dramas, made-for-TV adaptations of newsworthy crime are inevitable. And while shows based on scam artists and cons had a grip on Hollywood for most of this year, the norm has returned: women who murder and murdered women.

While you might expect newer shows to offer a more progressive perspective, many recent additions to the genre have resorted to tired tactics that risk dismissing victims of violent crime: treating the offender with as much sympathy as the victim, cinematically playing out the violence against them for shock value, and more. With HBO Max’s The Staircase mini-series starring Colin Firth and Toni Collette coming to an end this week, it presents a perfect example of both the limitations of true crime adaptations and what they offer at their best.

The Staircase tells the story of Kathleen Peterson, found dead at the bottom of her stairs in a pool of blood, and her husband Michael Peterson, who spent eight years in prison convicted of her murder, had his case overturned due to legal impropriety, and has maintained his innocence throughout. The story has already been well documented, with a documentary first coming out on Netflix in 2004 and concluding with new episodes in 2018. For years, people have debated the many theories that could’ve led to Kathleen’s death, from those who believe Michael is clearly guilty to those who think an owl might’ve done it. As a result, the actual tragedy of Kathleen’s death and her life have become almost footnotes in her own story.

Antonio Campos’ 2022 variation on The Staircase mythology tries to correct this by painting a picture of Kathleen’s life before her death. Toni Collette does a wonderful job of showcasing Kathleen’s maternal warmth, desires, and independence. We see more of what Kathleen may have been like than you’d ever gather from the hours of footage in The Staircase documentary. Of course, we can never really know how Kathleen felt about Michael’s affairs or if she even knew about them. But Campos acknowledges this by playing out different versions of what might’ve happened between the couple.

The issue, however, is that Campos also takes this approach with the possibility of Kathleen’s death. Rather than take the position that Michael is definitely guilty, Campos walks us through every theory surrounding the murder. Over the course of the season, we see Kathleen die in every episode but two. They show us how she might’ve fallen down the stairs. They show us how Michael could’ve done it. They also show us how the owl might’ve done it. Despite the effort to highlight Kathleen’s humanity, the series does everything it can to desensitize us to her death.

It is possible that some people might finally be convinced of Michael’s guilt when they see Campos’ depiction of how he might’ve done it. Personally, I also got swept up in the many theories around this case. I was an avid believer of the owl theory until I watched Campos’ version of events. The lacerations and lack of skull fractures seen on Kathleen were the evidence people typically used to show Michael’s innocence. From photos and documentary interviews, the owl attack seemed genuinely credible to me. But, in what is one of the longest scenes depicting Kathleen’s death, Campos proved to me that Michael could have committed this crime and those specific injuries.

In this version, Michael and Kathleen argue over Michael’s affairs. As they walk up the staircase, Michael accidentally pushes Kathleen. She falls and is severely injured, but she’s still alive. Then Michael picks a phone up, puts it down, and, instead of calling 911, stands over Kathleen and watches her die. The scene, which takes place in episode 4 “Common Sense,” is hard to watch. It seemed like an effort to put the various theories and conspiracies to rest. The moment successfully re-centers Kathleen and the fact that domestic partner violence is more likely than owl attacks. As the episode name suggests: this is just common sense.

Unfortunately, Campos doesn’t stay in that moment long. As with the original documentary, the desire to make Michael into something softer and more understandable than a cold-hearted killer wins out. It’s not that true crime can’t be successful in creating murderers who inspire sympathy, and even, at times, laughs (It’s hard not to find humor in Colin Firth’s explosive “We’re poor now?” delivery or a scene featuring kitchen analingus). But the decision to do so inevitably undercuts what seemed to be Campos’ original intention.

NBC’s The Thing About Pam, which debuted in March, is another true crime series about a murder and the woman who almost gets away with it: Pam Hupp, played by Renée Zellweger. While some criticized the show’s comedic tone when showing the murders from Pam’s point of view, that tone served a larger purpose: proving how utterly ridiculous the story Pam told in court was. She should never have been believed, but her status as a rich white woman shielded her from harm for years, and The Thing About Pam successfully tells a larger story about legal injustice by using her as an example. And one of the key things that makes The Thing About Pam work is that it never asks us to have sympathy for Hupp.

Campos’ Michael Peterson can be at times vicious and cruel, but at other moments, there’s an odd sense that we’re meant to pity him and how his life has gone. Michael feels emasculated by a losing mayoral campaign. He relies on his wife and ex-wife for financial support. He has to hide his sexuality from the world. As difficult as those things may have been for him, their presentation as reasons we should feel badly for Michael, alongside scenes that suggest he’s guilty of murdering his wife, muddy Campos’ intent to focus on the real tragedy here.

Humanizing the perpetrator in a true crime series also isn’t new. As these shows try to add something new to well-documented acts, they try to present a motive, some kind of reason to explain the person’s actions. Recently, however, this has led to what feels like a boring bout of “both sides”-ism in the genre. This approach wants us to accept the overall sadness of these violent situations rather than focus on the specific loss of the victim, and it feels like both an ethical and narrative mistake. What Michael had to deal with is sad. What his kids had to deal with is sad. All of it is just sad; and when everything’s sad, nothing has any real stakes.

Hulu’s The Girl From Plainville, which also debuted this past March, is another example of how this desire to show all sides can end up flattening a show’s entire narrative. The show is about the case of Michelle Carter, a high school girl who was found guilty of convincing her boyfriend to kill himself via text message. Both teens had a troubled mental health history, and the series spends a lot of time showing us that Michelle and Conrad were both victims. The show wants us to believe they were two lost kids who used love to feel less lonely, and in doing so, it avoids any meaningful examination of personal accountability or larger systems of injustice. It’s just a sad story that asks us to care for sadness’ sake.

The story being told on The Staircase isn’t worthy of being televised just because it’s sad. Michael Peterson’s story has broad implications about the role of media in the American justice system and how biases and editing can manipulate public opinion. HBO Max’s The Staircase is at its best when it focuses on this side of the Peterson case — but in the end, the show can’t resist the worst instincts of its genre: sensationalizing violence against women.

Campos’ depictions of Kathleen’s death don’t end with the scene in “Common Sense.” We are forced to see Kathleen brutally fall down the stairs alone after tripping. We have to watch her struggle to get towels after an owl attack. Campos set out to humanize the woman behind the grisly death, but gets caught up in depicting that grisly death over and over instead. The Staircase features incredible performances and is mandatory viewing for anyone who watched the documentary, but between the overt sympathy for Michael, the equal weight given to every tragedy portrayed, and the gratuitous horror of Collette’s many death scenes, it still feels like just another true crime show: fascinating and visceral, but laden with further humiliation for the woman at its center who has already suffered the most.

Before you go, click here to see the best true crime TV shows out now. 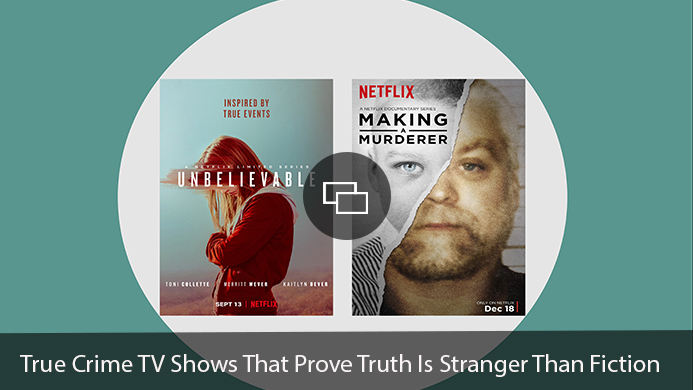