One of television’s greatest love stories is playing out on ABC’s Station 19 — the characters of Maya Bishop and Dr. Carina DeLuca (now sharing a hyphenated last name after last season’s wedding: DeLuca-Bishop) are rich, complex, and downright ship-worthy. Fans adoringly call the couple “Marina” and they are just as hooked on the actors who play them, Danielle Savre (Maya) and Stefania Spampinato (Carina). SheKnows chatted with Savre and Spampinato about their characters’ intense chemistry, the challenges they faced this past season, and what’s next for one of our favorite TV couples.

After the ups and downs of their courtship and working through Maya’s trauma, “Marina” came together over the years to not only marry each other but start a family. The fifth season of the series has brought forth their fertility journey and what it means to try to have a child in an LGBTQ+ relationship. Maya and Carina’s story is brought to life by the great writing team, currently led by executive producer/showrunner Krista Vernoff, and the undeniable chemistry between Savre and Spampinato, who tell SheKnows that it was magic “from the table read.”

Spampinato recalls that the first time they read their scene together, “the room froze,” even though they had never met before that extraordinary moment. “Everybody was holding their breath and it was just a meeting in Joe’s bar,” she says, “But the chemistry was so strong in that scene, the whole room felt it. It was crazy.”

But they’re more than off-the-charts passion: they’re representing important storylines we don’t see enough on TV, and they’re both aware of how important their work is, from fertility journeys to LGBTQ+ representation. That’s what makes this fictional union so crucial, especially in a time of real-world political turmoil and anti-LGBTQ+ legislation.

Some of the emotional aspects to Savre’s storyline as Maya have been informed by her real-life personal decision to donate her eggs to her childhood friend, Chris Ogden-Harkin, and his husband, Jacob Ogden-Harkins. They had a beautiful daughter, Aspen Grey, in November 2021, and it opened up Savre’s world even more to what the definition of a family really means.

“A family can be anything nowadays, and because of science, so many things are possible,” she shares, “Family isn’t what society has made it out to be — you can do whatever you want. I feel like family is not just blood anymore. The whole storyline moves me a lot and makes me very emotional at times, a little too passionate.”

While Gen Z and Millennials are certainly fans of this relationship too, Spampinato believes that Maya and Carina are changing the minds of the older generations as well because they’ve fallen in love with the characters.

“I feel like it’s the older generation that finds it tough to see,” she explains. “And when a person says, ‘marriage should be between a man and a woman,’ and then they see an out, bisexual couple in front of their eyes with two people that they like, they think, ‘OK, fine.’ It’s the concept that they don’t like. It opens their minds.”

Savre also chimes in that fans appreciate seeing “a very healthy, strong gay couple” who “aren’t constantly in a state of turmoil,” which is an often-overlooked part of representation. “You’ve seen us grow and we’re in a very good place right now,” she adds. “And we’re going to have obstacles that are natural and normal.”

Some of those obstacles are going to come this season as they deal with, as Savre calls it, “the ups and downs” of trying to have a baby (although both actresses admit they don’t have much insight into where the storyline is going to take them just yet). For Savre, she wants it to be “as real as possible when it comes to dealing with this process” since she has some firsthand insight from her own egg donation journey. “You’re dealing with hormones, you’re dealing with emotions, you’re dealing with a third person in the situation,” she says. “I just hope they show the reality that we are humans, and during this time, there’s a lot of heightened emotions.” But ultimately, she wants Station 19 writers to play out their storyline as “a gay couple who are happy and have a child.”

Spampinato also chimes in with what she hopes doesn’t happen to Maya and Carina, showing how invested they both are in the characters having the joyous outcome they deserve. “Oh my God, I would hate to see them suffer if they’re not able to have a baby,” she says emotionally. “So definitely that’s what I want… a happy ending.” 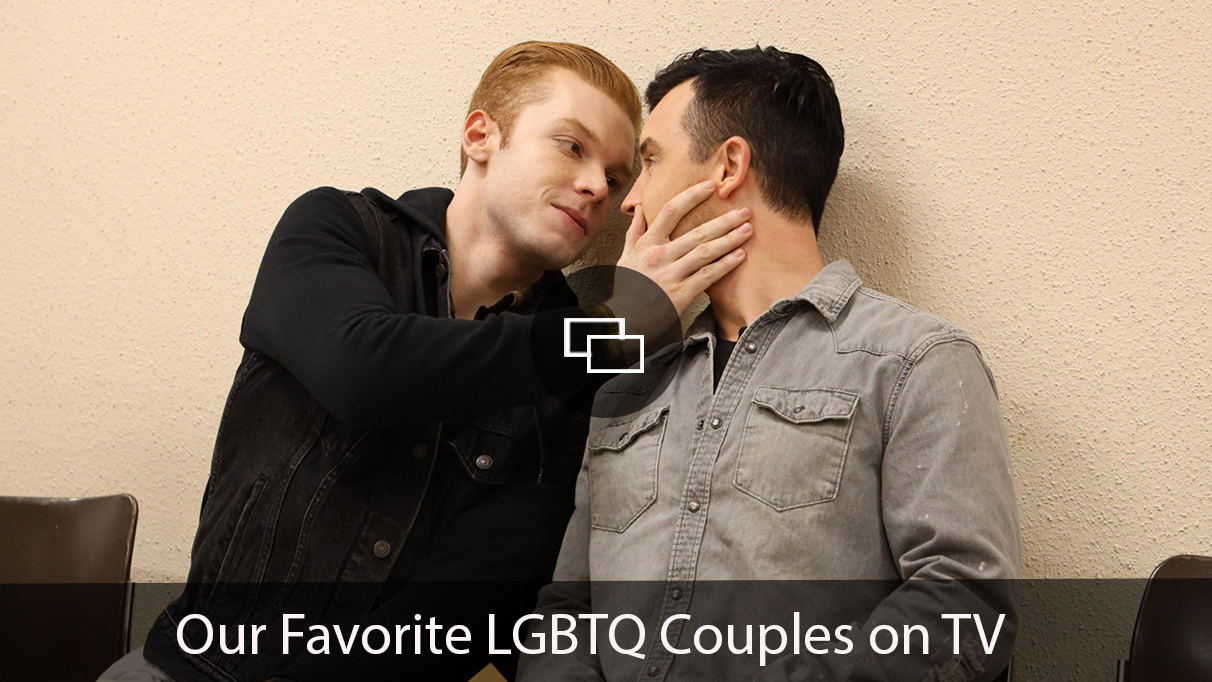