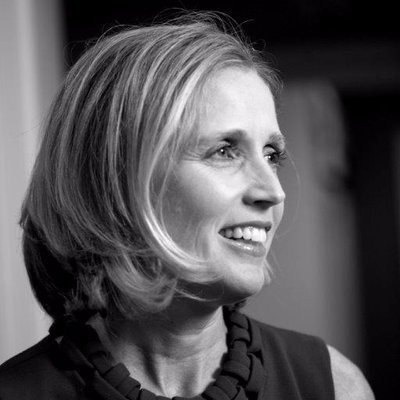 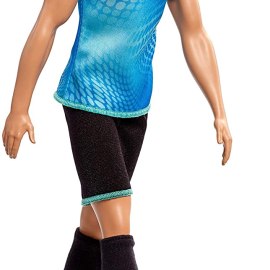 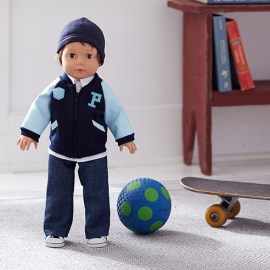 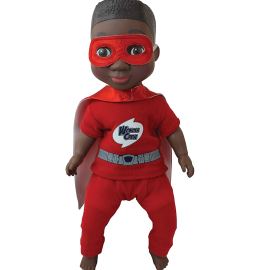 “What is being marketed to our girls? What’s going on right underneath our noses?”

This is a quote from one mother’s viral video response to a hidden feature of LOL Surprise! dolls, made by MGA Entertainment. The video, which went viral this summer, demonstrates the dolls’ water feature, which was not publicly promoted by the company: When the popular kids toys are dipped in cold water, sexy lingerie appears on them. One even “grows” a devil tail on her backside and another reveals “caution” over her private area and shackles on her wrists. How, you may be asking yourself, could anyone in the toy industry sign off on that?

I’ve kept a close eye on the toy industry for the past 15 years and have seen overt examples of the sexualization of toys aimed at little girls, starting back when I encountered “Lovely Lola” while shopping with my then-9-year-old daughter. This doll was sitting on a shelf in a crop top, high heels and makeup. The juxtaposition of this aspirational girl image and my real-life daughter — pigtails askew, still sweaty and flushed from her soccer game — made me angry, and still does. Was my daughter supposed to want to look like that?

When I imagine a young girl left to engage in creative play with a sexy-looking doll (most likely marketed and sold by a company led by men, since the top executives at large toy companies, and their boards, are majority male), I quickly find myself worrying about her first #MeToo moment. The assault is in the doll’s message: “Your value is in your appearance, and by the way, here is your standard.”

Idk, on one hand #Bratz were very important for some young girls, being the first doll to represent their skin color and culture.
On the other, their parent company MGA Entertainment is the one behind LOL Dolls, who were recently marketing… babyesque dolls in lingerie pic.twitter.com/c5bADHd1v7

Research shows that children’s interests, ambitions, and skills can be shaped early on by the media they consume and the toys around them — potentially influencing everything from the subjects they choose to study to the careers they ultimately pursue. By exposing children to toys, media and role models beyond gender stereotypes, we offer them the opportunity to authentically develop their talents and pursue their passions. Girls need encouragement to embrace their strength and assertiveness, as much as boys need validation to be vulnerable and nurturing. Tired, damaging stereotypes cannot be the only option.

For far too long we have overlooked the gravity of influence the toy industry has on our children. Toy companies that promote highly sexualized toys are financially benefitting from the stereotyping and sexualization of little girls; according to NPD Group, the LOL Surprise! brand generated more than $1.67 billion in sales in 2018.

In response to the criticism, an MGA spokesperson said, “L.O.L Surprise! is a fashion-forward doll brand designed to be fun and expressive. We work very hard to be a brand that listens and adapts to our fans’ requests.”

I’d like to know who, exactly, they’re listening to. I don’t know a single parent who wants their little girls playing with a doll that’s dressed for a night of S&M.

So I did what any self-respecting feminist mother and toy consumer would do when faced with today’s sad, sexualized doll options for girls: I started my own doll company. Go! Go! Sports Girls tries to create change and shatter stereotypes in the toy industry, despite the fact that industry leaders consistently say, “I love your product, but it’ll never sell because it’s not mainstream. It’s not a fashion doll — and girls like fashion.”

I don’t know a single parent who wants their little girls playing with a doll that’s dressed for a night of S&M.

Aside from the fact some “fashion” dolls have crossed the line into an entirely different profession, not all girls are obsessed with fashion. In fact, ask any girl about her interests and you’re likely to get a wide array of answers. Besides, not only should toys represent kids’ true interests; they also have the opportunity to inspire them. Little girls can’t get inspired by athlete dolls if they don’t exist.

Hey Chicago, what do you say? #flythew #gocubsgo #worldseries

Parents buy toys in good faith that they’re appropriate for children. Consumers assume that the makers of toys, of all things, would have our children’s best interests at heart. But today’s toys have become both too sexualized and too gendered to be innocent playthings. In a world where women and girls are climbing out of the pits of sexism and stereotypes, fighting back on issues of pay equity, representation, and sexual harassment, it’s time to take our case to younger and younger stakeholders and hold companies like MGA and the toy industry accountable for their treatment — I’d even say harassment — of young girls.

Marketing sex to girls is wrong and should not be normalized. Companies shilling sexy products for little girls need to be called out, which is why I encourage my own kids to use their voices and speak up. Just because a large toy company launches a new product doesn’t make it a good product. Just because “toy experts” want you to believe their product is on-trend doesn’t make it a good choice. We don’t have to be passive buyers. As parents and consumers, we have a lot of power. You can send a strong message to retailers and manufacturers with your buying habits.

Here are some more kids buys we’d like to see off the shelves, stat.