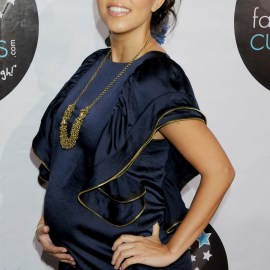 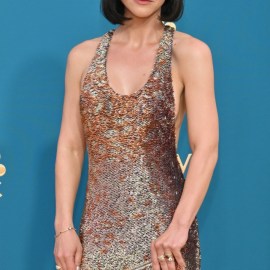 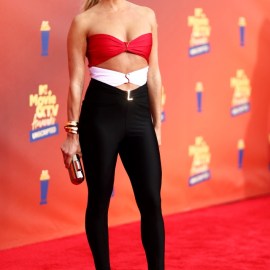 When all my friends started having babies before me, I felt no pull to join them. Babies are precious, but babysitting had made me scared of the other side of that coin. It was only when I saw those kids get older that the idea of having a child of my own tugged at my heart a little … and then a lot. Those crying, helpless babies and tantrum-ing toddlers grow into little people who can be fun, even interesting to talk to. Now, I think my son has reached the absolute ideal age I’d been looking forward to all this time: 7 years old.

Come at me with all your arguments. Of course, every age is special. Of course, my love for him is going to keep on growing past this age, and I can’t possibly predict the future. Of course, I kind of thought this about him when he was 18 months old, and 2, and 5, and 6. And yes, I have also received dire warnings about the mood swings that come with an uptick in hormones starting as early as 6 but usually around 8 for boys. I am only half listening to all of that. You won’t dissuade me from thinking that 7 is the best age.

This isn’t just the crowing of a proud mom who thinks her child is perfect. Allow me to present evidence from my own childhood first:

When I was 7, I still believed in Santa Claus and thought unicorns might possibly exist also. Whether they existed or not, it was my life’s mission to build the biggest collection of sparkly unicorn stickers ever. I was reading chapter books on my own, but I wasn’t too old to have my parents read to me. I loved my stuffed animals and dolls and friends. No one in the playground made snide comments about being too old for certain toys. I didn’t wonder or care whether some girls were prettier than me. While I knew there was a presidential election going on, no grown-ups seemed particularly interested in telling us about it. I could watch some grown-up movies in the theater with my parents without being too scared. I was on good terms with my little sister. I was on good terms with my mom and dad and the world. And I remember everything, because I was this alert, always-learning person.

Sure, the “orientation” days and last week’s virtual school counted, but this is the first day of school that we actually managed to get him dressed and photographed. Best of luck to all the rest doing hybrid learning while it lasts!

I have all of that in mind as I spend time with my 7-year-old son. A LOT of time. His birthday was in late February, just before 2020 became everything we know 2020 for now, so I could have felt quite differently about this age. But since we’ve been home together, I have more evidence to prove my theory.

At 7, he is more his own person with more of his own tastes, opinions, and ideas than he has ever had before. But he also still thinks I am “the most beautiful woman in the world” (I know! It also make me want to gag!), so he wants to share all these thoughts with me. We go on long walks discussing really big concepts, like war, race, and wealth. And we discuss really childlike ones, like knock-knock jokes and farts. He wakes up with that same unfathomable early-morning energy he’s had his whole life, but now he can get out a book and read quietly to himself, or turn on the TV and watch without waking me up. He has figured out that the Tooth Fairy is fake, but isn’t quite sure about Santa. He’s brave about going to school in the time of COVID, but he’s scared of the dark. He can introduce himself to strangers in a Zoom class with ease and yet doesn’t want to try any extracurriculars that aren’t art classes at the moment. His favorite color changes every single week, but last week it was brown because I said that it had been my favorite color as a kid.

He was like this at 6, and slightly at 5, but at 7 he is the most him he’s ever been. I have more of a sense that my job as his mother is to guide and answer, not to mold and shape (as if that ever worked). He even wants to go by his full name instead of his nickname these days — and I’m pretty sure that in itself is a declaration of selfhood, if not complete independence.

“But can I still call you by your nickname?” I plead. He concedes. And he doesn’t complain when I call him “baby” in public sometimes, forgetting to replace it with “buddy” or “kiddo.”

We are still required to get in bed with him every night to tell a story. On nights when my imagination isn’t up to par and I’d rather go watch some grown-up TV, I have to remind myself that this won’t last. He’s going to kick us out of that bed soon. He’s already slamming the doors and telling us that he doesn’t want to talk about why he’s mad — not often, but once in a while, just one more warning of what’s to come.

I took him to school for his first day of in-person second grade today. Those two grownup front teeth are coming in big and crooked (but still adorable). He looks in the mirror and admires them, admires the thick, wavy hair that he wants to grow long, without being concerned about whether he’s fitting into someone else’s ideal or any trend. I should be giving him talks about inner beauty. But I’m trying hard not to look too far in the future. Because 7 is just so great.

Then again, maybe I’ll write this again for 8.