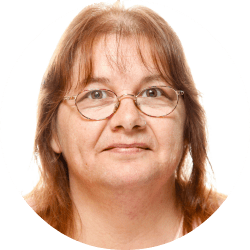 When I turned 47 and started trying to have another baby, people were aghast. Why would she want to have another child so late in life? They wondered. Doesn’t she know about the dangers?

For one thing, a lot of those risks are overblown. Yes, pregnancy after age 35 does come with some increased risks, according the March of Dimes. But so do…plenty of other younger people’s pregnancies. And plenty of parents get pregnant after age 40, or after 50 — or even give birth at 68 — without complications. And for me, it was worth weighing the risks against the many reasons why 47 was just the right age for me to get pregnant.

Here are some of those reasons, and other realities of deciding to grow our family as an “older” mom.

I’m already lucky to have my daughter

I didn’t think I would be able to have children to begin with. I’ve had numerous miscarriages over the years, the first at five months pregnant, when I was 25 years old. Miscarriages then recurred for me a few times over the years, and when I finally became pregnant and had my daughter at the age of 41, it was the happiest day of my life.

That was almost six years ago, and we weren’t planning on having another child after that. If we got asked about when/if we were planning to expand the family, the answer was always that we were one and done. Our daughter was enough for us — she was all we needed. If she hadn’t asked for a sibling herself, we wouldn’t have given it a second thought. But she did ask. So, here we are.

I understand the risks of getting pregnant at my age

My husband and I didn’t come to this decision lightly. We pondered the idea over and over again, playing the pros against the cons. The biggest pro was that our daughter really wanted a baby brother or sister; the biggest cons were our age and the risks involved: gestational diabetes, Down syndrome and Cesarean section.

But, I’m confident that I can handle what’s given to me. Sure, there are higher risks at this age, but there are risks with any pregnancy. If a woman at my age is still able to have children and she wants to, then she should.

I want to give our daughter a sibling

My daughter, Madisen, is now five years old. She has been going to school and meeting friends who have brothers or sisters, and some of the shows she watches involve kids with siblings. Madisen wants that. Many times, she has asked me: “Can I have a brother or sister?” For years, I told her we weren’t really sure about that at the moment.

When we finally came to a decision, we kept the answer between us until our daughter asked the question again. When she finally did ask, we told her the exact truth: We told her we want her to have a brother or sister to grow up with and share life with. We told her we would try, but it might not happen. We would try because that is what we wanted for her, too. We knew it wouldn’t be easy, but we wanted to give it a go — and try to have a baby whose joys we could share with Madisen.

The questions of an inquiring 5-year-old began, and we are as honest and straightforward as we can be with her. She already knew that babies grow in the mother’s uterus, but she wasn’t quite sure on the how. We try to make our answers as simple as possible, so she can understand.

I’m open to hearing others’ concerns

The questions we were asked by our daughter were easy to answer. It was the ones we got from other people that we struggled with.

Why would you want another baby now? Why did you wait five years to have another? Why didn’t you think of this sooner?

The best answer I can come up with is: “This is our decision and our life, and we want our child to have a brother or sister in her life. We are not going to be first-time parents, we have been through it all before. We are prepared for being up all night, the multiple feedings and diaper changes. We don’t sleep much now, so having a baby will not make a difference to us.”

I’m secure in my decision

Will the judgment and comments of others bother me? No. Share your opinion with us, sure, but it doesn’t really matter, since the choice in the end is ours and ours alone. Be prepared for us to reply to your comments. Age shouldn’t make a difference if this is what we want, and if it is still possible.

So please, talk about our choice, tell us your thoughts, and then be happy for us — or not. We are a strong family, and will get through it with or without your support. I don’t judge your choices, so don’t judge mine. It works both ways.

I am not a grandma, even though you may think I am because I am old with a young child. I have already been accidentally called “grandma” by strangers, and I know I will again. I’m not bothered. But if you want to do the right thing? Maybe just ask before you make an assumption.

A version of this story was originally published in March 2016.

Before you go, check out these badass celebrities who gave birth after age 40.