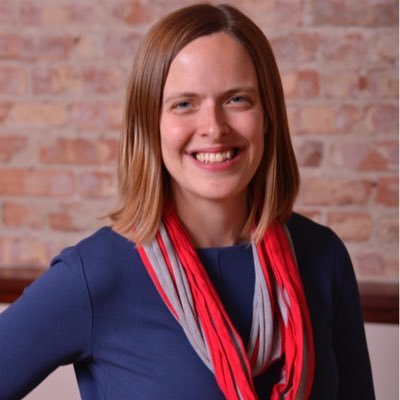 My husband and son arrived home much earlier than expected from their run, and I could tell by my son’s voice that something was wrong. He sounded like a cartoon character having his throat squeezed by the bad guy. Once I rounded the corner, my adrenaline surged at the swollen pallor of his face. This was not the first allergic reaction my 14-year-old had experienced, but it was by far the most severe.

I distinctly remember the first reactions he had when he was a toddler, to a bakery cookie and then a bite-sized Snickers. He’d grabbed his stomach and whined, and within minutes was vomiting. The first time I chalked it up to a stomach bug; the second time I knew. A blood test confirmed a mild peanut allergy. A year later, an equally funky reaction to a single cashew earned us an EpiPen and the umbrella diagnosis of “peanut and tree nut allergy.”

For the next 12 years, we learned to be careful. But there were mishaps, like the time he had wheat bread that had walnuts listed as the last ingredient. His reactions were consistent. If he inadvertently ate something containing nuts, he knew after just one bite. His mouth would feel funny, his stomach would hurt, and then he’d throw up within five or 10 minutes. A dose of Benadryl led to a full recovery. This recent reaction was completely different.

We had lunch from our favorite fast food spot. He ordered a cheeseburger, fries, and salted-caramel shake, all foods he’d eaten before. However, we neglected to mention his allergy when we ordered, as we sometimes did, because he had never had an issue with cross contamination or foods labeled “may contain nuts.”

We were done eating by 2 p.m. My son and husband left for their run at 5:30. At first, my husband wasn’t sure he’d join, which should have been fine because our typically developing teenager was starting to crave more independence. In hindsight, I keep imagining what would have happened if my husband hadn’t been with him.

By 5:45, my son was struggling to keep up, which was unusual. He’d been running for a few years and swimming for even longer. Often, he was pushing my husband — a runner for over two decades — on pace.

A little over a mile in, my son had to stop and walk. Beyond the visible facial swelling and paleness, he said his chest felt tight and he was struggling to breathe. He didn’t think he’d make it back to our house. Thank goodness for the kindness of a stranger who, even in the height of a pandemic, was willing to drive them home.

Within about five minutes of administering Benadryl, our son’s symptoms started subsiding. The nurse on call recommended we use his EpiPen and head straight to the ER. Again, the pandemic was raging in our college town at this point, so we weighed risk versus benefit. His symptoms were slowly but noticeably improving. My husband and son drove to the ER parking lot, EpiPen in hand, and waited. We live close, but anaphylaxis can turn deadly in 15 minutes.

Thankfully, my son’s symptoms completely subsided after about an hour, and they returned home. The next day, I made an appointment with an allergist. We quickly learned a few new things about allergic reactions.

First off, our son’s reaction that day was likely due to a small exposure to cashew, probably leftover in the shake machine from the previous order.

“These symptoms then progressed four hours later with the addition of exercise into the picture,” Dr. Daniel Jackson, an expert on pediatric asthma, food allergy, and allergy-virus interactions at the University of Wisconsin-Madison, tells me. “Co-factors such as exercise and infections are often involved in increasing the severity of an allergic reaction.”

“With regard to severity of reactions, prior reactions are the best predictor of future reaction severity,” Jackson adds. “However, it is possible to have increasing severity of reactions over time. This can also be impacted by the amount of allergen consumed and also co-factors such as exercise, infections, and other exposures such as medications or alcohol.”

For the past 12 years, we had learned how to navigate our son’s food allergies, only to have our expectations turned upside down at an especially pivotal time as he becomes more independent. While we can’t necessarily predict the future of his allergies, we can take this opportunity to reeducate ourselves and have regular conversations around “what if” scenarios, so he feels like he can manage reactions on his own, if need be. Living with food allergies can be stressful, but having action plans in place for any situation is an important step. Jackson recommends FARE (Food Allergy Research & Education), which has outstanding resources to help with this process.