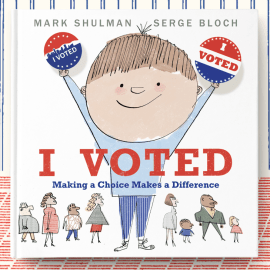 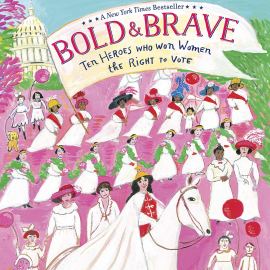 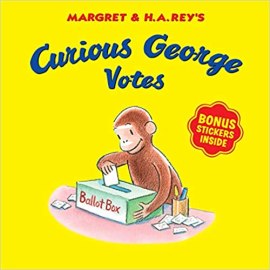 Like it or not, politics have entered your home. We’re hours away from the most talked-about Presidential election of the century. For my own kids, who are reading books about voting in 1st grade remote school, shouting out their favorite candidate sign colors as we drive through town, hearing sound bites on the news, asking me what a poll is, politics are here.

Yet some parents contend they’re not political. That they “don’t like to talk politics,” especially not with their kids. Meanwhile, others embrace the reality that we’re deeply political beings head-on (raises hand).

We can do cognitive acrobatics all we want, but no matter where you stand on the political spectrum, parenting (in the most general sense of the word) is political — and not just in the weeks leading up to an election.

The etymology of the word “politics” comes from the Greek word politiká (Πολιτικά), which translates to “affairs of the cities.” According to author Adrian Leftwich, “Politics comprises all the activities of co-operation, negotiation and conflict within and between societies, whereby people go about organizing the use, production or distribution of human, natural and other resources.”

Simply put, politics are about power — how it’s achieved, used, and given in society, and the complexity of relationships between people living in that society.

Please stop pretending as though white supremacist happen by accident.

In what world, then, is parenting NOT anything but fundamentally political? We are relational people who exist in a society! Thus, the way we parent directly affects not only the relationships between those under our own roof but also those on the other side of the street, down the block, and across the country. This is a fact that not all parents get — or at least admit, but is true nonetheless.

Perhaps there is no better explanation of our political parenting lives than “living for the we,” a concept coined by author and mother Dani McClain.

“I tell my daughter all the time: We don’t live for the ‘I.’ We live for the ‘We,'” McCain writes in her book, We Live for the We, The Political Power of Black Motherhood, quoting something an activist had told her once.

Black mothers and caregivers understand the fundamental reality that parenting is political. Why? Because “we’ve had to fight for our right to be mothers,” McClain writes in her article “As a Black Mother, My Parenting is Always Political.” “Prior to Emancipation, the child of an enslaved woman was someone else’s property.”

And as a surprise to literally no one, research suggests that white parents, in particular, need help seeing their own families as a source of political education, especially when it comes to passing on anti-racist values.

Ginsberg is gone. Grateful for her contribution, may she rest well. Do not despair. We are building a generation willing to transform the world.

Generally speaking, white and heteronormative families aren’t as adversely affected by laws and policies as non-white and/or LGBTQ families, or any family whose whose makeup rejects the myth of the traditional nuclear family. Thus, opting out of politics is a luxury. If the laws and systems work for us, why would we challenge them? Why would we even think about them? Why would we think they have anything at all to do with parenting?

This is a dangerous line of thinking, of course — one that only benefits those whom societal systems are designed to privilege.

Mo Tester, one of the founders of the podcast Parenting is Political, hits on the enormity of our role, telling Moms that “we as adults have the power to begin to shift the tide, but we have the unique ability to teach our children to be more open and empathetic to people who don’t live the same life they’re living. If parents are actively teaching their kids to reject systems of oppression like capitalism, the patriarchy and racism, then we can begin to create a more level playing field for all people to be accepted.”

Opting out of politics is a luxury. If the laws and systems work for us, why would we challenge them?

And if we don’t begin to shift the tide, of course, that is also a political act.

As parents, we must begin to embrace the reality that everything we do has a political impact. We need to reject the notion that politics is only for politicans, pundits, or at the very least, adults — and also reject the idea that it should be reserved for certain places and times. Doing so is harmful and perpetuates a false sense of reality.

The impact of our parenting is both futuristic and very much in the now now. Not only are we shaping future voters, policymakers, community members, leaders, activists, teachers and candidates — but the ways we parent have immediate political impact as well.

We have relationships with money, with the teachers in our schools, with the authors and illustrators we present to our kids, with the parks where we spend leisure time, with the faith communities we engage, with the places we vacation and with the stores where we shop. We also have a relationship to time, conversation, power, accessibility, and privilege. We leverage societal change or fuel complacency with how and with whom we invest. The political impact of our leveraging — or lack thereof — plays out in schoolyards, courtrooms, and playgrounds and is reflected in PTA presidents, congresspeople, and national leaders.

So many of us are feeling afraid because of the election. Hold tight to community. We have collective power. We organize for collective care, safety, and justice.

To ignore our children’s questions about protests (what are they chanting?), police violence (why did that police officer kneel on his head?), climate change (why is it snowing in May?), and inequality (why is that person asking for money?) is a political act that ignores the real relationships we have to the police, the economy, Mother Earth, and our neighbors who are both protestors and cops. Embracing parenting as political means we’ll address these questions head-on, illustrate the connection between our individual choices and actions and collective impact, and admit when we don’t know the answers and need to find out more.

Last weekend, my partner and I went (COVID-safe) canvassing in Pennsylvania with our three kids. While the kids admittedly had fun running from house to house ringing doorbells, the real political parenting came not with the handouts and doorbell rings, but with the intentional conversation.

“Did you all have fun?” my partner asked the kids.

We explained to the kids that we had to change our day to participate in democracy. Their dad asked them what they would normally do on a Saturday.

“Yep. So we gave up something we usually do and enjoy doing, in order to participate in something that affects all people.”

To parent in ways that don’t acknowledge the power structures and systems at play is to not parent at all.

If you’ve never thought of parenting as political before, don’t fret; it’s never too late to start. There has never been a better — or more important — time to begin. The context of our current country provides the perfect backdrop.

Want more? Read about these celebrity parents who talk to their kids about racism.