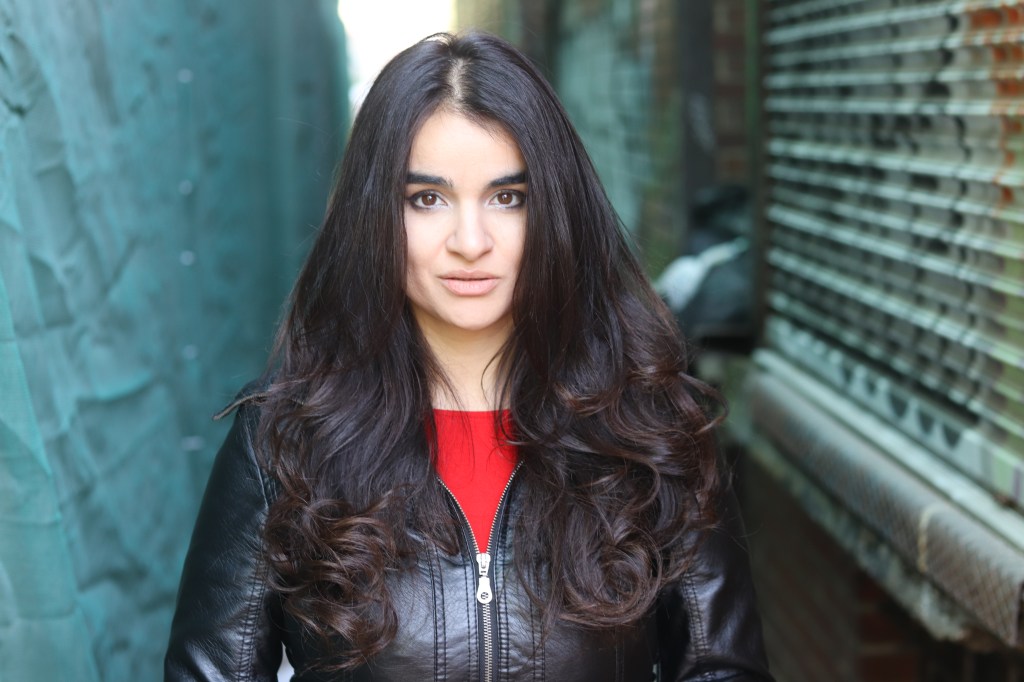 During a scene in 1991’s seminal rockumentary Truth Or Dare, Madonna sits topless in bed with her dancers and backup singers, and leads them in a chorus of “What do we think of people who have body parts that aren’t real?” The entire group “ewwwww”s in unison, until backup dancer Luis Camacho trolls her with, “But we love you anyway Madonna.”

With her Blonde Ambition tour breaking sales records, her previous album True Blue selling a whopping 25 million copies, and her personal life consistently splattered across the headlines (she had just divorced actor Sean Penn and started dating Hollywood heavyweight Warren Beatty), Madonna was arguably the most famous popstar on the planet at that time. In the movie, she quickly shoots back that her body is “bona fide, the real thing” — with the exception of her platinum-dyed hair. Her reaction then to the mere idea of cosmetic enhancements could easily be considered one of pure revulsion.

In the 30+ years since she mocked those who indulge in cosmetic surgery, she has now wandered into her own crosshairs.

On April 4th of this year, Madonna started trending on social media after she posted a video on TikTok where she leans in and blows a kiss to the camera. As far as Madonna controversies go (like swearing up a storm on David Letterman, going topless at a Jean Paul Gaultier show, dancing in front of burning crosses, or, y’know, that entire Sex book), it’s pretty tame. But the mere presence of her face, such as it is, was enough to enrage social media. The tabloids, of course, ran with it, calling her “bizarre,” and tweet after tweet after tweet (I could go on) mocked her with gross sexist overtones for (perceived or real) modifications she’s made to her face. The criticism was also contradictory – some ragged on her for either not aging gracefully at 63 (as if a woman owes that to society), or for literally the opposite: trying to age gracefully by having cosmetic procedures.

The criticism is, unfortunately, nothing new. Madonna has been the sexist butt of ageist jokes for her almost 40-year career. When she was only 35, she was being called a “grandma” for daring to still be on tour (for reference, the biggest musical superstar today is Beyoncé, and she’s 40). In 1983, the press called her “chunky,” despite her toned and lean physique after years of dance training. Then later, because the “Vogue” songstress maintained her health through yoga and running, the tabloids zoned in on her “veiny arms and hands,” using her as a cautionary tale for women who take exercise too seriously. The public has had something negative to say about Madonna’s appearance for decades: So in some ways, it’s no surprise that the pop star reversed her once-stringent disapproval of those who opt for plastic surgery.

If we try to pinpoint when exactly Madonna’s views changed, it seems to have happened sometime between 2003 and 2012. In her 2003 “Hollywood” music video, Madge echoed her Truth or Dare sneer by visually highlighting the pain of face injections like collagen and botox, leaving the viewer with an overwhelming sense of sadness. Sure, the face was beautiful, but its owner was also miserable. By 2012, however, her tone had changed, as she reportedly said, “I am certainly not against plastic surgery. However, I am absolutely against having to discuss it.”

By 2019, Madonna was solidifying her new position on cosmetic changes: That it was her business and her business alone. After many cast aspersions that the “Justify My Love” singer justify her newly-plump derrière, she captioned an Instagram post, “Desperately Seeking No Ones Approval. And Entitled to Free Agency Over My Body Like Everyone Else!!”

In other words, Madonna went from saying “ew” to plastic surgery to saying, “my body, my choice.” And while naturally, no one would dare suggest that Material Girl give up her bodily autonomy, it’s worth considering how those choices may have evolved — and what effect her choices may have on the rest of the world. In 1991, she was asked on Nightline how she could wear a neck manacle whilst chained to a bed in her “Express Yourself” music video and not consider herself a sex slave, to which she replied, “But I chained myself! I’m in charge!”

But is she? Is the look to which Madonna has chained herself now a personal choice? Or is it possible that the choice was actually made for her a long time ago, and without her in mind? And what happens when those “choices” are consumed on a global scale?

Cultural critic and writer Jessica Valenti recently wrote about this very topic in her popular substack, where she said that “choice feminism” treats arguably toxic indulgences in the cosmetic industry (from small things like makeup and hair dye to big cosmetic procedures) as empowerment, rather than having the potential for fueling real-world sexism and ageism. Valenti argues that all choices are political, and contribute to the sexist society that we live in. She cites Linda Hirshman’s book Get to Work, which says that “choice feminism” has convinced “women that our personal choices don’t have any impact outside of our own lives,” and argues that our “personal choices” to paint our nails or wax our legs not only reinforce sexist values within society, but also normalize them.

Advertising and media critic Jean Kilbourne, in her “Killing Us Softly” documentaries, takes this argument a step further by suggesting that our personal choices about beauty are specifically made by popular culture that caters to the male gaze. Kilbourne argues that media and pop culture teach us that, “sex and sexuality belong only to the young and beautiful” and “if you’re not young and perfect looking, you have no sexuality.” Kilbourne also argues that women internalize this message so much, that we begin to reframe how we even see ourselves: We’re not the subject, we’re the object, she says, and that it’s not some “kind of liberation” to present “oneself in the most cliched and stereotypical way possible.”

According to Kilbourne (who at one point in her presentation shows a Versace advertisement featuring Madonna where the singer appears to have been pushed down the stairs, dead, and yet still sexy), the sexualization of our bodies can even contribute to real-world violence.

Madonna seemingly understands the powerful impact her personal beliefs can have on our culture. In 1993, she told The LA Times that she thinks “presenting my point of view about life, whether it’s about sexual equality or anti-homophobia, is a political statement. I know it has an impact.” But Madonna doesn’t seem to have considered that same impact when it comes to her new approach to beauty. What Madonna may not know, or acknowledge, is that the oppressive expectations facing women today have changed. The sexual repression Madonna once rallied against has now turned into something more constricting and rigid, something Madonna seems to have bought into with her cosmetic enhancements. It’s okay to be sexy — but the only way to be sexy is to look as youthful as possible.

HuffPost writer Matthew Jacobs opined in 2019 that, “She understandably resents that we harp on her age, but it’s impossible not to when she works overtime to convey agelessness.” Considering the bashing her body and looks have taken in the press over the decades, it’s perfectly understandable why Madonna might succumb to the pressures of a sexist society by getting work done on her face (also, ever since those tabloids pointed out her veiny arms and hands, she almost never appears in public or in photographs without wearing gloves). We cannot demand that Madonna somehow exist in a vacuum where the strong effects of misogyny affect us but not her — so, what can we reasonably expect of a star in the public eye whose reputation has always hinged on defying her critics?

In 2016, Madonna famously said at Billboard Women in Music that “the most controversial thing I have ever done is to stick around.” “To age is to sin,” she pointed out — then self-identified as a “bad feminist,” who doesn’t deny her sexuality or repress it, and at the same time never loses agency, choice, or autonomy.

The more guilty we try to make Madonna feel, the more she pushes back. In December 2021, Madonna lambasted rapper 50 Cent when he mocked her latest sexy IG photoshoot, calling his attacks “misogynistic, sexist, and ageist.” As Jacobs wrote in 2019, Madonna is “our punching bag because no one else has the gall to be.”

Despite the cultural implications of Madonna’s changing looks, she seems — at least to me — happy in her skin. What’s more, after decades of courting haute couture, Marilyn-Monroe-esque glam, and attempting to be more digestible with children’s books, she has recently returned to her original ’80s style – tons of bracelets, crucifixes, lacey bustiers, chunky jewelry, ripped jeans, haphazardly thrown together, and no f**ks given. Unlike her “Hollywood” video, the face may be altered, but it isn’t miserable.

The battle between Madonna’s right to autonomy and duty to fight back against sexist systems of power is being waged anew each time she shares another image of her face — but it’s not a fair battle if we place the responsibility for societal change on her alone, and don’t equally challenge her peers (especially her male peers). Madonna may not be making the most empowering choice she possibly could for the rest of the world, but we must accept that it’s a choice she’s also making for herself, no matter what informed it. You don’t have to love, or even approve of, her plastic surgery. But like Luis Camacho said, “We love you anyway, Madonna.”

Before you go, click here to see more moms who’ve opened up about their plastic surgery procedures.