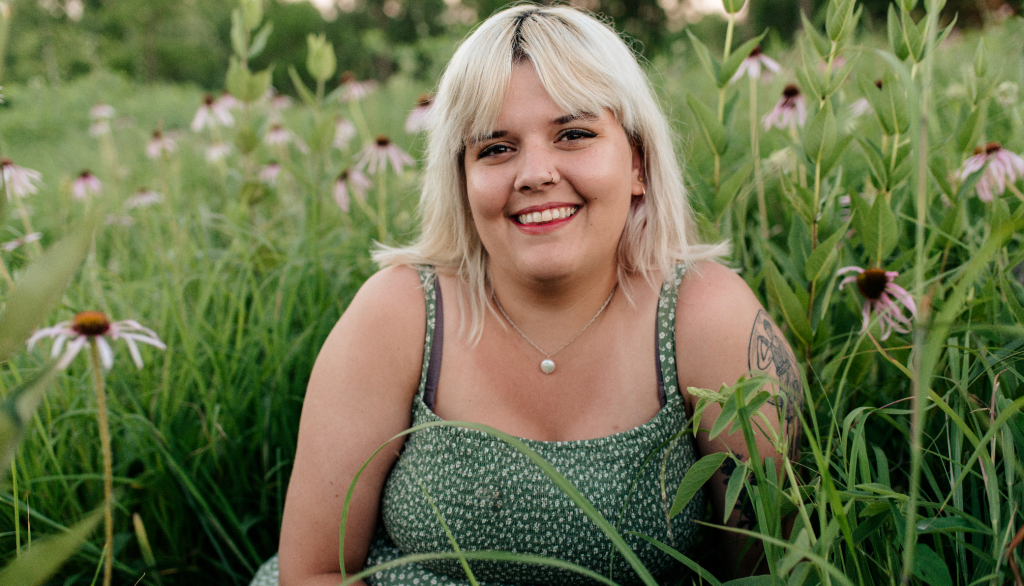 This article contains spoilers for the first 5 episodes of Love Is Blind season 2.

When the first 5 episodes of Love is Blind season 2 dropped on Netflix last week, fans rushed to their TVs to tune into the new season of the reality-show-slash-“social-experiment,” eager to get to know the contestants looking for love via the show’s iconic “pods” without the pressures of considering physical appearance. For many viewers, however, that excitement soon turned to disappointment when it became clear that even a show that claims to help people “be loved for who they are, not for their looks, their race, their background or their income” cannot escape the insidious presence of the fatphobia that pervades American society, both in terms of the behavior of its contestants and the show’s own production, meting out limited time to the only two plus-sized cast members and featuring two dramatic weight-loss storylines alongside these cast members’ inclusion.

Though the average woman in the United States is between size 16 and 18 (per a widely-cited 2016 study), plus-sized women not only face difficulties finding clothes that fit but also discrimination when traveling, accessing health care, reporting sexual assault, and earning income. In an effort to combat such discrimination, fat authors and activists like Sonya Renee Taylor, Aubrey Gordon, and Lindy West have long argued for the reclamation of the word “fat” as a value-neutral descriptor rather than the insult as which it has come to be perceived. The way that season 2 of Love is Blind treats its fat contestants, its formerly fat contestants, and the societal implication of a connection between fatness and attractiveness serves to uphold the definition of “fat” as an insult, ultimately fatally undermining the mission of a show that set out to defy conventional norms of romantic love and physical attractiveness.

Episode 1 of season 2 introduces us to two plus-sized cast members: Chassidy and Hope. While thin women’s introductions include discussions of looking for “the one,” the excitement of telling potential future children the story of their parents meeting on Love is Blind, and being tired of casual relationships where they didn’t truly get to know their partner, Chassidy’s brief intro consists only of her saying: “My physical insecurities have definitely affected my dating life. This experiment allows me to be judged for who I am as a person versus the physical.”

Later in episode 1, Hope is placed in the uncomfortable situation of being the target of male contestant Shake’s outright fatphobia in a scene where he asks, “Do you like working out?” She responds that she’s “not a huge fan,” to which he grimaces and replies “oh…I get along best with individuals who do work out,” and the scene ends.

In the next episode, we hear Shake chatting back at the men’s living quarters: “I’m not working out, I make bad diet choices,” he shares. “[I’m] not winning any body contests over here…it’s not my strong suit.”

If it wasn’t clear already, Shake isn’t a fitness buff who wants his life partner to also be his gym partner. He was using “individuals who do work out” as code for “thin women” in his conversation with Hope, and she knew it.

For both Hope and Chassidy, their weight is treated as an inherently negative trait, something that could potentially be looked past as a result of the “social experiment” of Love is Blind, the message being that if any of the men behind the pod walls knew either of them were fat, they would be uninterested, and that this disinterest would be justified, because fatness is ugly and bad.

These 2 scenes in episode 1 are all we ever hear from either of these women. We know that some contestants who find love in Love Is Blind’s pods are not chosen to move onto the vacation, cohabitation, and wedding stages of the show, instead quietly fading into the background via gradually reduced screen time and eventually disappearing from the narrative entirely. We don’t know if Chassidy or Hope were among these contestants or if they simply didn’t click with anyone during the pod stage. Either way, however, the roles they are given in the final, aired version of the show not only grant those individual women the short end of the stick in reducing their entire narrative to their fatness and specifically, the ways they have suffered because of society’s fatphobia, but ultimately serve to uphold the false societal narrative that fatness is inherently negative, unattractive, and all-defining.

Even after Hope and Chassidy are gradually erased from the show’s narrative, the fatphobia in season 2 continues via the weight loss stories of two thin female contestants: Danielle and Deepti. Danielle’s insecurity about her former fatness is her defining characteristic as she is represented in the show. She clearly demonstrates a lot of unresolved pain from the ways she was treated when she was 70 pounds heavier: “Every single interaction that I have with someone, I’m so scared that they’re gonna be like, ‘Oh, her arms look big here’ or ‘her stomach looks big here.’ I still always look in the mirror and see that little fat girl,” she confesses at one point.

Deepti, who also lost “close to 70-80 pounds, probably” by her own estimation, is used as the foil for Shake’s image-consciousness; she objects to his fact-finding question of whether he could lift her up onto his shoulders at a music festival, but clearly doesn’t ultimately consider the question a dealbreaker, since they ultimately do get engaged.

The weight-loss narratives of these two thin women are loud, where the missing presence of actual fat women is painfully silent. Being fat is treated as inherently traumatic, rather than the fatphobia that fat people experience being highlighted as the source of the trauma. Being fat is treated as something to be moved past, to be changed, to be quite literally be lost, in order to be loved. Whether or not this dynamic will be expanded upon or changed in the second half of the season remains to be seen. Though Love is Blind made headlines with the inclusion of body diversity in its casting, there is still much progress to be made.

Before you go, click here to see “fat” characters in movies & TV shows who were smaller than the average American woman. 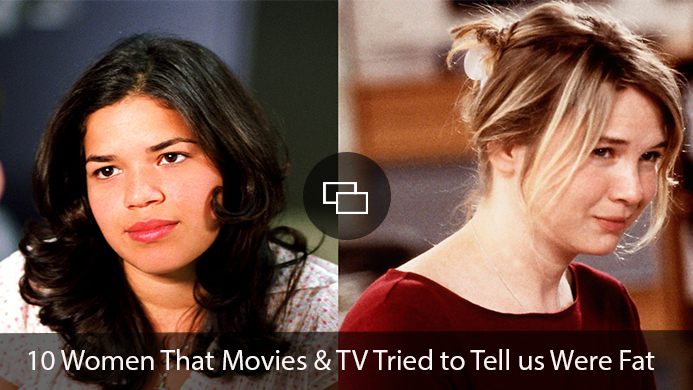