Warning: Spoilers for Conversations with Friends ahead.

There’s a moment in the first few pages of Sally Rooney’s Conversations with Friends when 21-year-old Trinity College student Frances observes “who knows what happens between two people when they’re alone.” It’s that very notion that comes to define what audiences see of Nick (Joe Alwyn) and Melissa’s (Jemima Kirke) marriage in the Hulu and BBC adaptation of the best-selling book. SheKnows chatted with Girls alum Kirke about the challenge of exploring Nick and Melissa’s marriage and relationship, given the limiting perspective from which the story is told, and the actress had a lot to say about how she filled in those gaps.

“My reaction to the material was, okay, this is going to be a challenge, not necessarily the role, but the whole story,” Kirke told us of her initial response to Rooney’s novel, who also penned Normal People (which received the small-screen adaptation in 2020). Conversations with Friends is told from the perspective of Frances, a college student who has an affair with a married man named Nick. The book, and subsequent series, explore the intricacies and intimacies of Frances’ relationships with Nick, Melissa, and her longtime friend and former girlfriend Bobbi (Sasha Lane).

Kirke had an artistic way of describing how she used the source material to bring her character Melissa to life.

“It reminded me of portrait painting…I am not painting something to be realistic or to look like the object itself. I’m painting it to make it more of that object than that object is…I guess the point is, I’m trying to make something ordinary extraordinary. And I think that’s the goal with all the material in this, is that everything is quite ordinary. We’ve got a narrative that’s spicy and saucy, but most of it is rather mundane. And so the challenge is to make every moment matter and make it important.”

As far as making the ordinary extraordinary, Kirke does just that. Her performance as Melissa in the UK drama combines the frustration, sadness, betrayal, and hope that can only be evoked due to the unique circumstances in which she finds herself. Having had an affair herself, Melissa sees no other recourse concerning Nick’s extramarital relationship than to simply allow it to happen. At one point in the story, Melissa confronts Frances, expelling her pain with such directness that it’s almost cruel when she finally concedes that Nick’s affair with Frances is actually making their marriage better.

Given the siloed perspective through which this story unfurls, we’re not privileged to see how this marriage began — and why Nick and Melissa are still together, something that Kirke had to paint a picture of on her own. “My biggest question with this role was why are Nick and Melissa together? What’s keeping them together if they’ve lost the marriage — really the connection? I had to do some writing on that. That was quite a stream of consciousness,” she revealed, referencing the writing practice she used to prepare for the role.

As such, seeing Nick and Melissa together — away from the curious eyes of a 21-year-old student whose unbridled insularity, innocence, and potential naïveté clashes with the very complex circumstances of mature relationships — never comes to fruition. All we see is through the observations of Frances’ eyes. “I wish the private life could have been explored — how they are when they’re alone together. I would have loved to have seen that. It’s something I thought a lot about and asked a lot of questions about. I filled in the blanks, and I think that it couldn’t be that this 21-year-old girl who knows nothing about them and is in love with the husband, has an accurate perspective on what their relationship is,” Kirke shared.

But in considering Nick and Melissa’s relationship, complicated though it is when we find them at the start of Conversations with Friends, Kirke believes there was a real, true connection between the couple, alluded to often but never seen. “I didn’t believe that they had nothing — that the passion for each other is dead. But it also couldn’t be publicly displayed either for Nick for his own reasons and obvious reasons,” Kirke shared.

“For Melissa, I think that she was just being very careful with him because she was on thin ice, given the affair, and just didn’t want to overstep a boundary, which is just a really sad, hard place to be in as a partner when you feel like you’re auditioning.”

Conversations with Friends premieres Sunday, May 15, on Hulu.

Before you go, click here to see more TV shows and marriages about marriages falling apart. 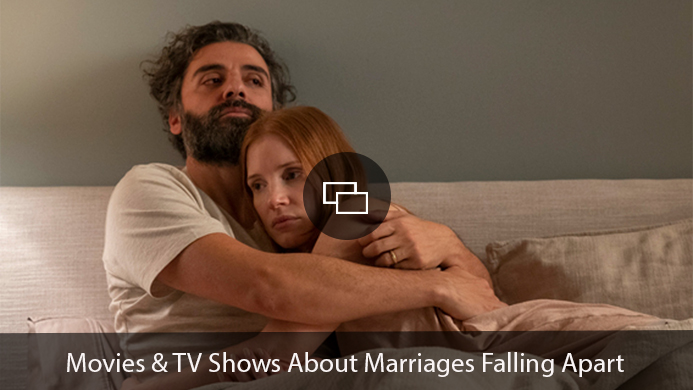