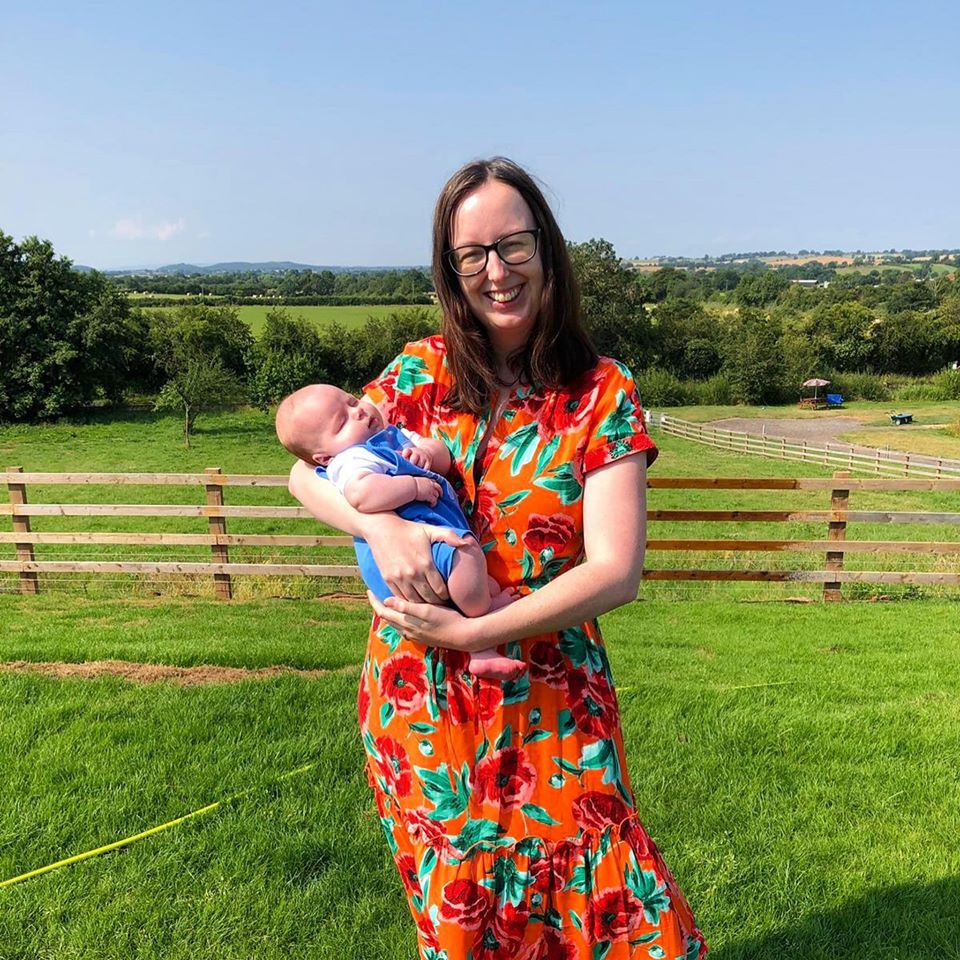 It might sound selfish to say it but, before I became a mom, I hadn’t thought too closely about my relationship with the environment. Sure, I used a recyclable cup and did my best to cut down on food waste. But something about having a baby really makes you scrutinize the choices you make. Not only are we living in a society that is struggling to cope with our current actions; parenthood means we’re suddenly thinking about our children’s future and even their children’s future.

It was with this burden that I decided, like many, to be as environmentally-friendly as possible with my parenting choices. The thought of hundreds and hundreds of diapers piling up in landfill left me feeling incredibly guilty so when I heard about cloth diapers at a prenatal class, they seemed like a natural fit.

My mother, who had accompanied me to the class, seemed less impressed. As a mom of three, she’d used a lot of disposable diapers in her time, since reusable diapers weren’t always the affordable and accessible option they are today. “Why would I want to bother with all the washing when I could just throw a disposable diaper in the trash and grab a brand new one?” she asked, completely missing the point. I was quick to reassure her that the cloth diapers now were completely different: There were hundreds of different styles, safety pins were a thing of the past, and besides, now I could get disposable diapers in cute prints like unicorns and llamas. Who wouldn’t want to dress their baby in a llama-themed diaper?

So, my mind was made up: Reusable diapers were in, and disposable diapers were out. And, although it was tough at first and my mom and husband still didn’t quite get it, I seemed to get into the swing of things when my son arrived. I learned about styles (all-in one or two piece?), inserts and choice of materials (hemp? bamboo? charcoal?). I joined Facebook groups where people shared tips, tricks and entered fierce bidding wars over limited edition diapers (yes, they’re a thing).

Once I’d mastered the basics, I got into a routine of washing, drying and alternating diapers. Sure, packing a bag was a little bulkier than with disposable diapers, and it would have been easier to toss a diaper in the trash rather than carry a soggy one around all day. But it seemed a small inconvenience compared to the changes we were making.

Like anything, my first mistake was to take a temporary break (didn’t I remember that habits are so much harder to start up again once paused?). Because of a health condition and my weakened immune system, when rotavirus jabs came around, my doctor advised that I not change my son’s diapers for two weeks as a precaution. So, the task fell to my husband and my son’s grandparents — who, being less on board with my eco-mission, switched to disposable diapers, albeit temporarily.

I was just grateful for the help — but looking back, I know I should have insisted they stuck with the reusables. Then, it got colder, and the convenience and appeal of being able to quickly dry cloth diapers on the clothesline vanished too. So.

Determined, eventually I found my way back to reusable diapers. But then I was reminded of their other challenge: absorbency. Some say  reusable diapers get more absorbent over time (due to being washed more) but honestly, as my son slept for longer stretches, we found the opposite to be true. I experimented with different styles and inserts and scoured the forums for ideas, but it seemed inevitable that my son would end up wetting his pajamas and sometimes even the bedsheets overnight — doubling our washing load (which, of course, brings its own environmental implications).

And then came the final blow: Weaning poop. I thought I’d mastered diaper changing, but weaning bought additional changes, with bowel movements really erratic and frequent. Later on, my son was diagnosed with egg and milk allergies, leading to lots of diarrhea, which made reusable diapers even more difficult to use. I seemed to spend my day washing stains out of diapers because they weren’t solid enough to empty down the toilet.

The thing about the cloth diaper tribe of parents is that they’re really, really passionate about them. So while I wanted to ask “Is anyone finding them too tough?” I didn’t dare. (I’d learned my lesson once, when I asked if there were any disposable wipes I could use in an emergency that biodegrade easily.)

So, much to my shame and real guilt, I stopped using cloth diapers. And yes, I admit, disposable diapers are so much easier. But that doesn’t mean I feel good about them. And if you do still use reusable diapers, I have so much respect for you.

I tried to make up for my abandonment of cloth diapers in other ways: sticking to using mainly reusable wipes (which are easier but sometimes only a disposable wet wipe will do!) and looking into options that biodegrade better (there aren’t many). When I did get around to talking to friends, one confessed that she too, to her shame, had quit cloth diapers ages ago: “They just couldn’t handle the amount when she got bigger,” she admitted. “I was having to change her whole outfit up to three times a day!”

Of course, both of us haven’t admitted to giving in forever; we tell ourselves it’s only a temporary measure. My stash of cloth diapers still sits upstairs, and now that my son’s digestion is starting to settle down again, I do contemplate trying a few days here and there. I know I could always sell the diapers (you’d be surprised at the price of a good secondhand reusable nappy) but that would mean admitting I’ve stopped for good — and I’m not ready for that.

“I feel guilt, and so I still have them in a box, convinced I’m going to try again when she’s potty training,” my friend shared. “But I’m not sure.” Me neither.

So for now, disposable diapers are in fact very much in. I don’t feel great about it, but I ask you not to judge me if you can help it. At the moment I’m dealing with a 13-month old who won’t stop teething and is desperate to take his first steps, so motherhood seems hard enough without scrubbing poo stains out of cotton all day. I hope that I will return to reusable diapers at some point in the future — but deep down I suspect that ship has indeed sailed.

If you, too, prefer disposable, no judgment. Here are the cutest disposable diaper prints you can buy.