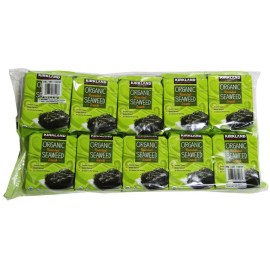 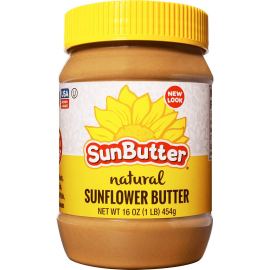 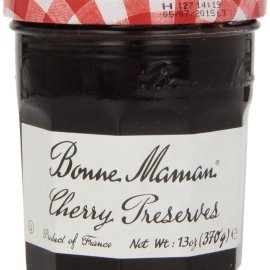 Relatable isn’t the first word that comes to mind for most celebrities, but Chrissy Teigen seems perfectly happy to be an exception. The supermodel, cookbook author, television personality, Twitter queen, wife of People’s Sexiest Man Alive John Legend and mom of two has always had a take-no-shit social media presence, but since becoming a mom to daughter Luna in 2016 and then welcoming son Miles in 2018, she’s upped her game.

Talking about In Vitro Fertilization (IVF) and how she chose the sex of her babies? Check. Opening up about her battle with postpartum depression? Check. Clapping back at being mom-shamed for…well, just about everything? Chheeeeckkkk. Which is why it makes complete sense that Teigen’s latest project centers on making social media a positive place for moms. (We know: #goals.)

Teigen, along with fellow celeb mom Shay Mitchell, has joined Pampers’ #ShareTheLove campaign — a movement designed to help inspire and support moms on social media. The stars are sharing their personal stories (see Teigen’s adorable video, below) and inviting other moms to go easier on themselves — no easy feat considering that “nine out of 10 moms worry that they aren’t doing a good enough job” according to Pampers.

SheKnows sat down with Teigen to talk about the campaign, staying strong (and funny!) in the face of trolls, hurtful parenting stereotypes, and being so.damn.tired. Read on for all the relatable details.

pack it up, back to work!

SheKnows: Can you talk about what made you want to be involved in the Pampers #ShareTheLove campaign?

Chrissy Teigen: Well, I’m very obviously known on social media for having heard everything, right? So I think this campaign was really special to me, because it is ‘share the love.’ It’s basically being able to use this hashtag for moms and dads alike to be able to come together and share the love and the support that is being a parent. There’s so much that goes into being a parent, and there’s so many people that love to decide for you what’s best, what isn’t best. It’s important for us to come together and understand that there’s no perfect way to do something. There’s a million different ways to raise a child, and that’s fine.

Hearing that nine out of 10 parents felt like they weren’t doing a great job or they were inadequate in their parenting skills, that was heartbreaking to me because that’s a lot of people. And that one person, my God, who is that person?! I mean, it’s hard to have your parenting skills critiqued, and to have them critiqued on social media, which is why we wanted to bring this to social media so people could support and uplift each other, and for it to be a positive place where everyone could come together.

SK: Speaking of being critiqued on social media, what’s your advice to other moms on how to stay so funny and strong in the face of criticism — especially online?

CT: I mean, of course it’s important to follow the right people. I know who I’m talking to when I say something silly about being a parent, and I know who maybe it won’t resonate well with. But, you really have to take everything in stride. I think it comes with growing as a parent. I don’t think social media is necessarily the right place for a new parent who hasn’t seen criticism before … I mean, social media criticism is already a bad thing, but to be a new parent and on social media to deal with it, it’s got to be really tough. So, I definitely wouldn’t want to normalize that. But you grow and you learn to empathize with people, and you learn to joke. Most of parenting is really funny and silly and annoying and insufferable, and it’s fun to be able to share those moments together.

So proud to be partnering with my friends @PampersUS to #ShareTheLove with moms everywhere – we’re all learning as we go and we are better together! Tag your mom friends and remind them that they’re doing great! Xo Chrissy #PampersPartner

SK: You have been incredibly open with fans about your parenting journey, including your battle with postpartum depression. Did you always know that you’d be open on social media as a mom?

CT: When I had my girl, Luna, I would kind of vent and complain that she didn’t feel like she was connecting with me, and I felt so sad that she wasn’t connecting with me, because I’m her mother and I spend so much time with her. I’m nursing her, I’m doing everything I can for her. And so many of my girlfriends were talking about how, wait until you have a little boy. A little boy is going to just love on you and all he’s going to want is his mommy.

And then I had my little boy and he wasn’t that way. And that was really tough for me to go through, just because of other mothers telling me that’s the way it was going to be. I was taught that this little boy would want nothing but his mommy, and that didn’t happen with me. And that’s when I started to realize, slowly, that there is no rhyme or reason. You just never know. Even when people are well intentioned, it can hurt a little bit. So I’ve always been very hesitant on giving advice to people, like that advice, because sometimes you hear something small like that, it can really affect you.

SK: Yeah, there are a lot of those kind of stereotypes, like, oh, little boys love their mommies.

CT: Yeah, when you don’t fall into that category, it makes you feel useless all over again. Because, not only could I not connect with my daughter who was my firstborn, my amazing little girl, I was told to wait for how amazing my son would be with me and then that didn’t happen, either. Meanwhile, now I’m so insanely connected with my daughter, and she is my baby, and we are best friends, and it’s just, it’s different. You just never know.

SK: You tweeted recently about your mom’s energy to cook, which resonated with me, because I have no energy to cook. But I think energy is a big part of what we’re talking about here, and why moms feel like they’re not enough, or not doing enough, and feel that mom guilt — because sometimes you’re just so darn tired and busy and don’t have the energy to do it all. Do you feel that way?

CT: Oh my God. I’m not the kind of person with energy. It’s like going to the grocery store when you’re full, right? Nothing is good to you. You don’t want to buy anything. Everything makes you sick. It’s really a difficult thing to deal with, because all [kids] want is your energy. All they want is to dance with you. And that’s why I admire John so much, and that’s probably why we have such a good relationship, because he will come home from working a 12-hour day at The Voice, or a 12-hour day doing a photo shoot, or a 12-hour day in the studio writing a song. He will always have time for them and always make time for them.

And for me it’s harder, because I don’t operate in that same way. I get more tired, and more tired, and more tired — but his stomach for the kids is like dessert, right? It’s like it’s a different tummy. It’s just, he has enough for everything and it’s amazing. And I think that’s why you should pick the right partner for raising children, and hopefully it all comes together.

Luna puts her shoes on him.

SK: Speaking of tummies — sort of — please tell me there’s something green and healthy that your kids don’t eat. And, do you have hacks for getting kids to eat healthy?

CT: Oh gosh. Well, Luna won’t mix foods. My sister’s the exact same way. She will not mix even a piece of basil on her pizza or any color differences, she will not do that. She loves green beans, and snap peas, and broccoli but also, spaghetti, pizza. I mean, there’s five dishes we do every single night. So no, there’s nothing special about Luna that’s happening that isn’t going on with everybody else’s child. Trust me.

Need more proof that Chrissy Teigen is relatable? Check out the snacks in her pantry!