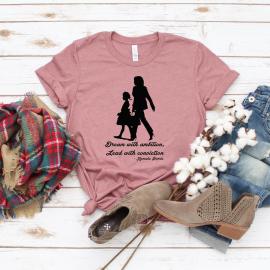 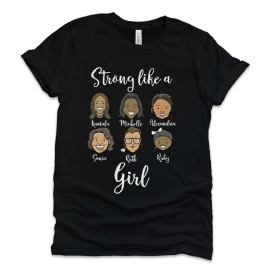 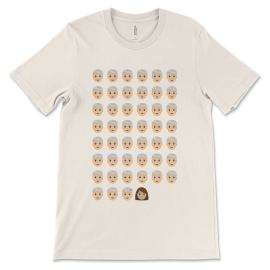 Reverting to my birth name was a choice that went hand-in-hand with choosing to get divorced, but that’s not what drove my decision. I was 40 years old when I realized I had gone from being Paul’s daughter to Patrick’s wife without ever really being myself.

As an English teacher I could have embraced Shakespeare’s stance: “What’s in a name? That which we call a rose by any other name would still smell as sweet.” But I wasn’t going for the 400-year-old attitude suggesting names are simply labels and do not hold worth or meaning. So I slowly transitioned from my married surname, to a hyphenated surname, to my birth name — in a scant 24 months — which, I later learned, did not sit so well with some. Turns out, my daughters associated the name change with their little sister’s death and parents’ subsequent divorce, and they were embarrassed — which is why I’ve placed lots of scaffolding around this super-important choice, not obligation, that myriad women face each day.

The conversation in my house started with a really simple question: “What do I tell my friends when they want to know why we don’t have the same last name?” my then 14-year-old asked out of the blue. We were sitting around the dining room table, debriefing after a day at school, when the question came. “I mean, I don’t always want to tell everyone about Cora or you and Dad,” she added, understandably.

I paused for a moment, before nailing my response: “How about something simple, like, ‘My mom has her birth name, and I have my dad’s name,” I suggested before audibly exhaling at the ease of my answer. My daughter’s chief concern, that the question could be awkward, evaporated when I flipped the script and showed her how easily a simple answer could spark meaningful conversation — the kind in which I wish someone had engaged me several decades ago.

Growing up, my name led to relentless teasing on the playground. If the nicknames Hannah-banana and Hanna-Barbera rolled off my adolescent back (in the ’80s, my peers and I kept company with Scooby-Doo, Fred and Wilma Flintstone, and the Smurfs on Saturday mornings), my surname made me want to slink from sight. Van Sickle, the current version of Van Sycklin — the name my Dutch ancestors brought to America in 1652 — was far too easy a target for the slew of Popsicle, icicle, and pickle jokes that followed me from the elementary school jungle gym to the sleek, locker-lined halls of middle school. The fact that no one could spell it, pronounce it, or see that it was indeed two words had me positively fed up by the time I turned 18. Suffice it to say, I gladly embraced my then-husband’s name when we married in 2000 — along with a whole bunch of archaic traditions like buying a white wedding dress, donning a veil, and asking my father to “give me away.” All that was missing from this traditional transfer of property was a dowry, which, in the absence of a herd of cattle or a cedar chest lined with valuables, I waved off with little if any thought at the time.

Clearly, I was not alone. I was shocked to learn that only 20 percent of women who got married in recent years kept their maiden name (don’t even get me started on this entirely patriarchal term — yuck!). This article in the New York Times reports that an additional 10 percent of women chose a third option, such as hyphenating or legally changing their surname while continuing to use their birth name professionally. To put these numbers in perspective, about 17 percent of women who married for the first time in the ’70s kept their names, a figure that fell to 14 percent in the ’80s before rising to 18 percent in the ’90s. These statistics are striking for a handful of reasons, ranging from the rise of bra-burning feminists in the ’70s to glass-ceiling busting entrepreneurs of today. Not to mention, changing one’s name is a giant hassle.

But here’s the thing: As a newlywed, it was far easier for me to get a Social Security card, driver’s license, and passport in my married name than it was as a divorcée to revert to my birth name on each of these official documents. In fact, I needed a notarized copy of my physical divorce decree (which I wasn’t even provided as a matter of courtesy — I only got an email — but instead had to apply for through the court).

As I continue to model confidence and conviction for my daughters — a walk that, for me, increasingly happens on an unconventional path — I am thankful for others who are paving the way. Take, for instance, Vice President Kamala Harris. She has made history as the first-ever female VP, the first-ever Black VP, and the first-ever VP of South-Asian descent. That she’s married to someone who is also making history (Douglas Emhoff is the first-ever second gentleman and first Jewish spouse in the White House) AND she kept her name is really something to celebrate. My daughters have seen President Barack Obama in the White House for eight years; they’ve watched their mom extrapolate herself from an unhappy marriage and follow her passions as a freelance writer and book author, and now they’ve got Harris. Each and every time a woman in (or out) of the spotlight does something even a tiny bit controversial (I know, I know, keeping one’s birth name after marriage should not be considered controversial), it normalizes the behavior. So, hooray for Heidi Klum and Chrissy Teigen! Hats off to Sarah Jessica Parker, Halle Berry, and Drew Barrymore! You go, Mary J. Blige, Mariah Carey, and Diana Ross! In the spirit of Neil Armstrong’s five-centuries old saying, I offer my own version: One small step for one woman somewhere has the power to become a giant leap for women everywhere.

Like all things, the conversation is constantly evolving. Twenty years ago, I had to explain to students why I was “Mrs.” and not “Miss”; today, I am teaching them why “Ms.” should be used over any other title, for an individual who identifies as female, because as women, we are more than the sum of our marital status and surname.

So by all means, do what you like when it comes to yours; it is, after all, an entirely personal decision. Just promise this 21st century single mom of daughters that whatever you decide, it will be a choice — not an edict — no matter your marital status or the rest of your story. Honoring this, the power to choose, is perhaps the greatest gift we can give, not only to ourselves, but also to others — from the generations of women who did not have the freedom to choose to the impressionable young girls who are watching, ever so closely, in search of role models who are navigating life — unapologetically — on their own terms.