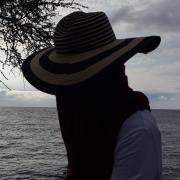 I was apathetic about breastfeeding — until I became pregnant with my son. Then, I knew I wanted to breastfeed — and as a Muslim woman who observes hijab, I’d need to find a way to breastfeed completely covered. I wanted to do it, but everyone from doctors and nurses to lactation consultants and clothing designers have made this seemingly simple goal so, so difficult.

I remember going to my OB/GYN’s office and being congratulated on my pregnancy.

“There’s a long journey ahead,” my doctor told me. The nurses smiled and handed me an oversized white gift bag filled with goodies as they offered their congratulations once again.

Naturally, when I got home, I quickly opened everything that was in the bag: onesies for a newborn, multiple pamphlets about preparing for a baby, bottles, wipes, vitamin and ointment samples, and lots of coupons for formulas, including Enfamil and Similac — plus actual cans of both that weighed the bag down.

Wow! That’s so nice of them, I thought to myself. My mother agreed when I showed her the gifts.

But then I started noticing: Aside from receiving a bunch of formula coupons and packages from my doctor, I also started also getting samples of formula in the mail and countless more coupons to promote formula feeding. Where was breastfeeding in all this? There was not a single pamphlet or any type of informational piece with information about breastfeeding in comparison to formula feeding.

When my son was born and I took him to his pediatrician’s office for the first time, the nurse asked me if I wanted any samples of formula. I wasn’t sure if I should have been pleasantly surprised or annoyed. I felt like, once again, I was being derailed from my goal of wanting to breastfeed. But I wanted to be nice, so I said OK. After the nurse checked us in, she came back with four containers of formula.

Why this constant propaganda towards formula-feeding and nothing nearly as robust for breastfeeding? I asked the pediatrician about available breastfeeding support, as I was very concerned; the only thing that was offered were some classes, but I would need to call back for that. Also, I was experiencing extreme postpartum pain, and simply didn’t want to think of leaving the house to take a class at that point. But there were no take-home materials of any sort regarding breastfeeding — no virtual options offered, no books recommended. I decided to take a chance and call about the classes, just to see what the options were. I got a voicemail for the lactation consultant, who didn’t call me back.

Of course, in addition to society’s constant promotion of formula, there’s the wardrobe issue too. Even for women who don’t observe hijab, the majority of women’s clothing on the market is not attuned to breastfeeding. You need to buy specific nursing tops, nursing dress shirts, and more. With the range of newborn baby necessities that new moms already need to buy, trying to build a breastfeeding-friendly wardrobe for yourself (after having just built and run through a maternity clothing wardrobe) can become costly.

In addition, most of the clothing that’s available is not hijabi-friendly to begin with. Observing hijab means I need to cover myself with the exception of the face and hands. I need whatever shirts or dresses I wear to also be in accordance with Islamic principles, which means they can’t be transparent or loose-fitting. That’s often a feat when it comes to going out, and it really makes me think twice before breastfeeding anywhere outside my house.

Will it ever be hijabi-friendly for me to feed my son?

In my opinion, everyone needs to do a better job promoting and encouraging breastfeeding — from the doctors and nurses to the makers of mom and baby products to any business that welcomes moms and babies. When I went to buy baby clothes for my son, where could I breastfeed him? Only in the fitting room. As for malls, they’re out of the question.

Certain businesses (and all major airports) in certain cities have started dedicating rooms just for nursing — places that offer privacy and comfort without making the mom feel apprehensive or have to set up shop among the hangers in a changing room. The creation of a designated safe space for breastfeeding eases tension for both mom and baby, which in turn will have a positive impact on milk production.

The bottom line: We as a society need to come together to do a better job making breastfeeding a legitimate option — no matter what the mom is wearing. People refer to breastmilk as “liquid gold,” and it’s time we treated it as such.