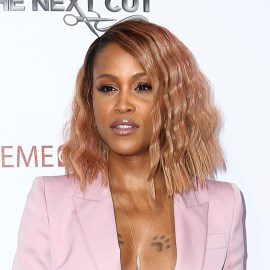 Wondering what makes an all-American baby name? Well, you can’t get more American than debating what it even means to be all-American. While we’re not exactly the “melting pot” we used to brag about, this country has quite the mishmash of cultural origins and influences that all lead directly to how we choose our baby names. That said, we do have quite a few ideas about how you can name your baby boy something that will be quintessentially American, in the most awesome possible way.

What makes a baby name “American?”

We have to admit: We were stumped on this one. So we turned to our favorite baby-name guru, Pamela Redmond Satran from Nameberry.com, for some wisdom. Redmond Satran had this to say about what makes a classic American boy’s name, well…classic.

“Most of the boys’ names most popular in America are not technically ‘American’ names but Irish names, German names, English names, Hebrew names, and so on,” Redmond Satran explains. “For instance, the current number one, Liam, is an Irish abbreviation of the German William, while number two — Noah — is Hebrew.”

Redmond Satran continued, “Names with true American roots are either Native American names or names invented in the U.S. The pool of invented American names is growing all the time, as the U.S. is the most adventurous country in terms of what constitutes a baby name. American names for boys can include American place names like Montana and Denver, American word names such as Maverick and Wilder, and American hero names like Lincoln and LeBron.”

She added, “Popular American boy names include such invented names as Easton and Colton, both in the top 100. While both are established English surnames, they only started being used as first names in recent decades in the U.S.”

And if you follow politics, well, Nameberry’s even got you covered there, with a fascinating look at the split between the U.S.’s traditionally “red” and “blue” names.

So there you have it: A “classic” American boy’s name is really in the eye (and mind) of the namer. The sky (and maybe the dictionary, some American lit, and a map or two) is the limit. In other words? Have fun. What’s your family’s ancestry? Heritage? Culture? If you’re an American, whatever you’ve brought to this country makes your baby boy a classic in his own right — and you get to decide what “feels” classic to you.

Be respectful when borrowing from other cultures, of course. A Native American family might very well opt for a Native American name for their baby, but that’s potentially troublesome if that’s not your heritage. Got it? Got it. Good talk. Whatever direction you’re pulled, we’ve got some starting points for inspo.

You probably already know that the Social Security Administration releases an annual list of the most popular American baby names, sifted from birth certificates. Liam was 2020’s winner for boys for the fourth year in a row. But who else made the list?

According to the most recent records, these are currently the top 10 names for baby boys in the U.S.

Top American boy names of the past century

These are the SSA’s top 10 popular boy names of the last 100 years in the U.S. And if your heritage is more Latinx-American than English-American, why not consider the variants, i.e., Ricardo for Richard, Carlo for Charles, Roberto for Robert, Jose for Joseph, and so on?

If you have Native heritage, these are some beautiful picks to honor your family’s past. Learn more about their meanings here.

Yeah, yeah, you say, but what boy names are seriously gaining traction these days? These are hot, hot, hot right now in the U.S., perhaps destined to be old-school classics in, say, another hundred years. Grandpa Kylo? It could happen.

Classic boy names of the past

If you’re looking for some distinguished flair, something with a debonair ring to it, well, you can’t go wrong with any of these American chestnuts:

If your idea of “classic American” involves some Wild West, well, we’ve got just the thing. We trust Pam over at Nameberry so much, we couldn’t resist taking a page from her with their genius page of cowboy names. Here’s just a taste:

You know we love us some celebrity baby names, too. And there has been quite a batch of fab boy names over the past few years coming from the birth announcements of the global elite, from traditional to truly unique:

A version of this article was originally published in October 2011.

Before you go, get more baby name inspiration with these unique and wacky celebrity baby names.