Rosamund Pike leads us into a time where women have all the power in Amazon’s new sci-fi series, The Wheel of Time. Sounds good to us! Women, power, say no more. We sat down exclusively with Pike, Daniel Henney, Madeleine Madden, Josha Stradowski, Zoë Robins and Marcus Rutherford, to discuss their new series and find out exactly what sets it apart from Game of Thrones. Attractive people, horses, dragons, and superpowers are where the similarities end. Watch the video to find out what they had to say and read our excerpts below.

The Wheel of Time book series

Like Game of Thrones, which is based on the George R. R. Martin books, and Outlander, which is based on Diana Gabaldon’s nine-book series, The Wheel of Time is also based on a best-selling book series by Robert Jordan. Book fans are sure to weigh in, like GoT and Outlander fans, on whether The Wheel of Time lives up to its book legacy. And if it doesn’t, the show’s going to need that wheel of time to escape this time.

Pike, who plays Moiraine Damodred, and Henney, who plays Lan Mondragoran, are quick to sing the praises of Game of Thrones for opening the door for them. She says there is one thing that makes their show stand out from Game of Thrones. Pike proudly praises their show for the diversity in their cast, saying they cast actors from all across the world and it shows. Henney echoes this sentiment and says he would never, as an Asian actor, have been able to play this role in the past.

When Rosamund Pike realized she had power

The cast also discusses with us how their show truly harnesses the power of strong women, and embraces female characters who are more than one-note. Pike, Madden, Robins, and more round out this dynamic female cast. And Outlander fans should keep an eye out for Maria Doyle Kennedy (“Aunt Jocasta”) in this different time. Claire Fraser would approve, that girl loves a little time travel. Wondering what time exactly Kennedy appears? Well, what is time anyway? You’ll have to watch to find out.

Pike confesses to us that the first time she felt she had power in her life was when she gave birth. She jokes that she really felt she “had the balls” to do anything after that. But then quickly admits, “I hate to use that word. I’ve always slightly resented it while at the same time using it.” Pike’s monologue about this phrase — and Henney’s reaction — are worth the watch. She promises us next time, she’ll come up with a new phrase that harnesses the power of women, without co-opting anatomical parts of men. Cannot wait.

The rest of the cast weighs in on which Game of Thrones characters they wouldn’t mind if they visited the Wheel, and even which Harry Potter character. There’s a hint we could tell you, but we’re not allowed to say it. So, go watch the video to find out.

The Wheel of Time airs on Prime Video November 19.

Before you go, click here to see more time travel movies and TV shows that will take you on a magical ride. 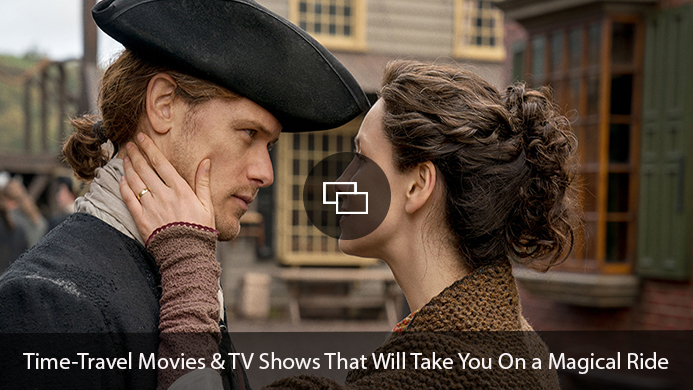