It seems there isn’t a role Julianne Moore can’t handle. With over three decades in the entertainment industry, the stunning actress has managed to diversify her career yet keep it strong despite Hollywood stereotypes.

When she’s not on the silver screen, it’s clear that Moore is the type of girl we’d all die to be friends with — movie star or not. Just take a look at her Twitter if you need any convincing. She’s constantly interacting with fans while sharing some great parenting tidbits about her 17-year-old son Cal and 12-year-old daughter Liv. More than that, Moore just seems like the type of person who’s embracing life and loving it.

On her evil witch character in Seventh Son

Moore is busy raking in awards, including an Oscar nomination for Best Actress in a Leading Role for her performance in Still Alice last year, but she can next be seen in a very different type of role. For the fantasy feature Seventh Son, Moore plays Mother Malkin, a scorned witch who is looking for vengeance.

More: Julianne Moore is raising her kids to be charitable

“I think everybody wants to play a wicked witch once in their life,” Moore admitted. “And it gave me the opportunity to use my tail. I’ve been hiding my tail all these years!”

Moore said there were so many accessories that went along with her costume that she could hardly move by the time she was all made up. Tail aside, we definitely think she looks a lot like a famous pop star in a certain music video. Find out which one by watching the video above. 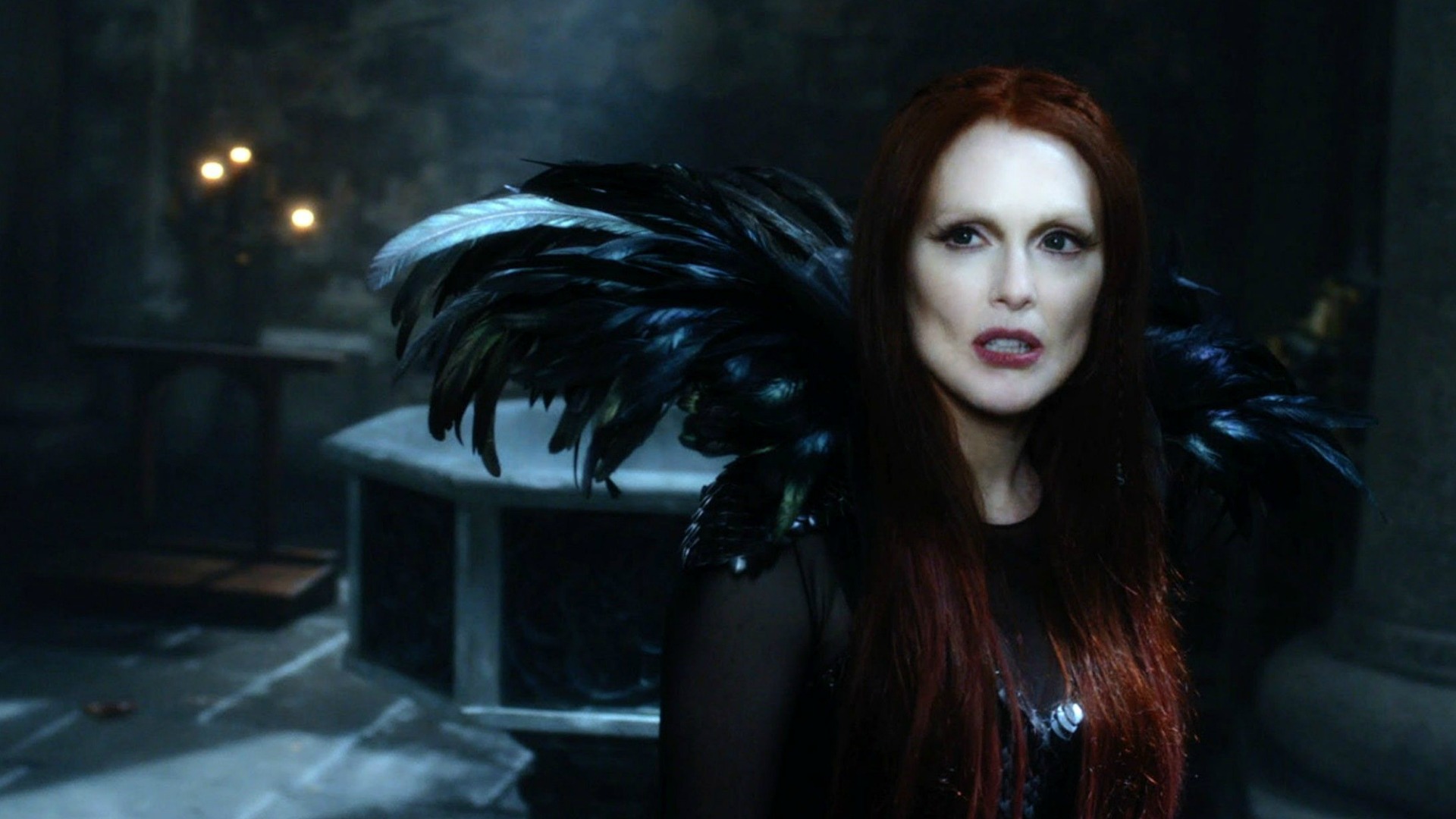 And though Moore’s character is evil, the actress had a more sympathetic take on the role. “She doesn’t think she’s evil. Everyone’s the hero of their own life. They’re not the villain in their story. So she feels she’s been unjustly persecuted. And he [Jeff Bridges’ character, Master Gregory] did put her in a hole for, like, a hundred years.”

The movie also marks the first time Moore has reunited with Bridges since their performances in The Big Lebowski.

“I think what’s interesting is that, as actors, you bring your history with you — not just your personal history but your cinematic history, so when people see a movie, they’re like, ‘Eh, I know them. I believe that they’re together. I’ve seen them before.'”

On wanting to give up on acting

“I think I had a hard time mostly in my 20s,” Moore shared. “I’d done a lot of work in television, I’d been on a soap, I’d done a lot of theater things. It was hard to make a living and I wasn’t finding the kind of exciting, creative work that I wanted to find in film. And the interesting thing that happened was that it was, sort of, the birth of the independent film just after that. And everything changed for me. Everything changed in film, actually. Suddenly there were these really interesting stories and these great filmmakers and these great projects, so I got very lucky in terms of timing.” 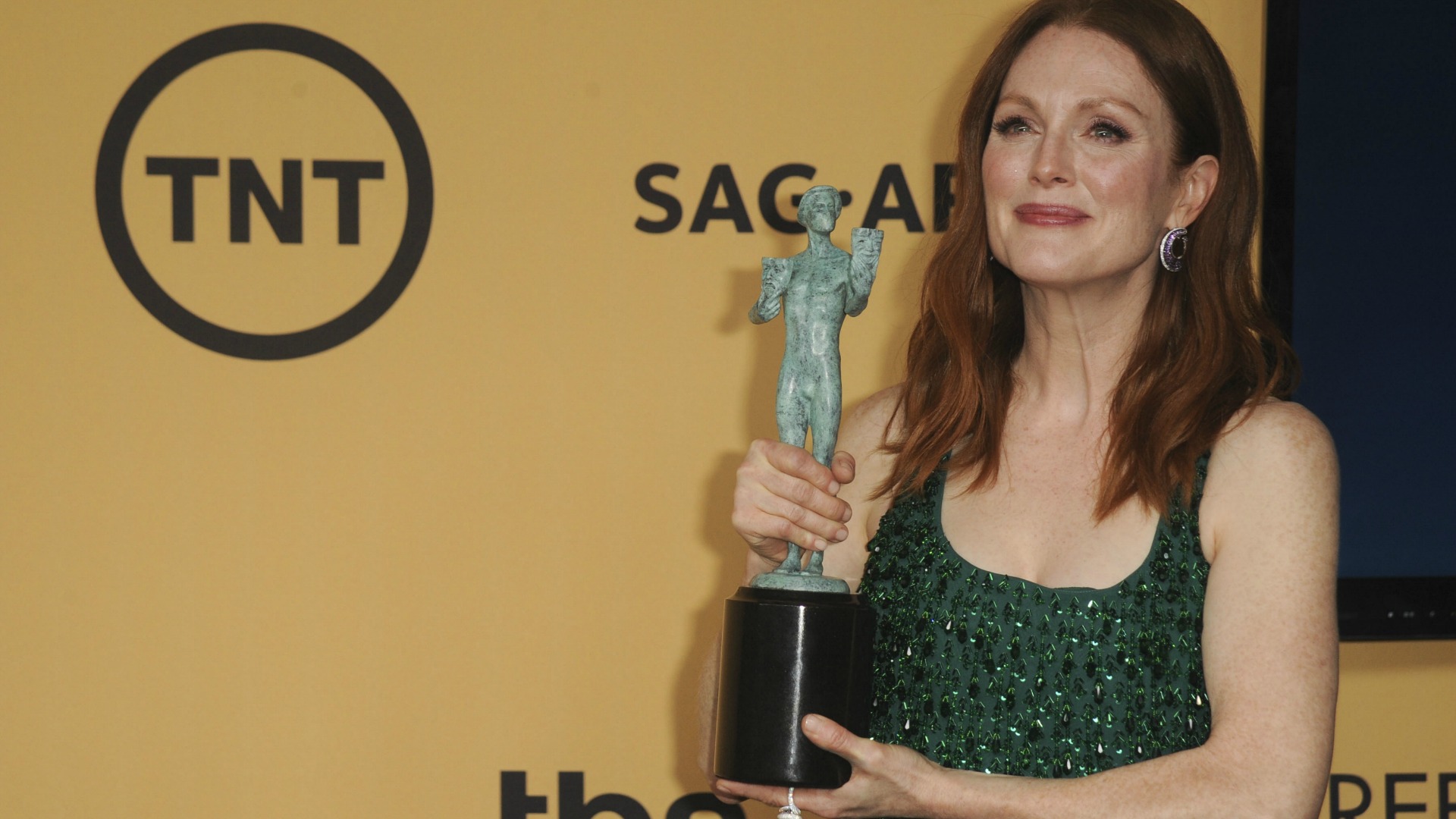 But it was 1993 that really catapulted the actress to stardom.

“What happened, and it didn’t seem like it happened overnight to me, but I had three movies come out at the same time. One was Robert Altman’s Short Cuts, the other one was Louis Malle’s Vanya on 42nd Street and the third was Todd Haynes’ Safe. So I made them over the period of a couple of years but they all came out the same year. So suddenly, I had no film career, then there it was.”

On sharing her insecurities with her children

We’re human. We’ve all got insecurities, but Moore thinks what’s most important is teaching her children that mistakes are just that — human — and we recover from them.

More: Julianne Moore dishes on her new app, the holidays and The Hunger Games

“I think that you try to let your kids know that you’re fallible and that you think about things and you make mistakes,” Moore said. “And that’s one of the interesting things that I try to communicate is like, ‘Well, I thought this would work but it didn’t work, so I made a mistake and now I have to adjust my approach.'”

Moore added, “You want to give them a sense that what they’re feeling is normal.”

On keeping things interesting in her career

There’s a lot of talk these days about diversifying roles for women. Emma Watson has talked about it in front of the United Nations, and Maggie Gyllenhaal even brought it up during her Golden Globes speech. But Moore sees role opportunities differently.

“I always say it’s interesting to find dynamic roles for everybody to play, to remember that show business is not in the business of finding great roles for people. They’re in the business of making movies that are going to sell as a product globally. So I think, because of that, we’ve ended up with a lot of big films that are being made, being products that can be sold all over, and they’re not language-dependent. And when things are not language-dependent, they’re not interesting parts because we are what we say and how we communicate. So I think that’s one of the biggest issues. That being said, I do think that content won’t ever go away and how we see it changes. Now we have this proliferation of interesting stuff on television and on cable and on, you know, our phones.” 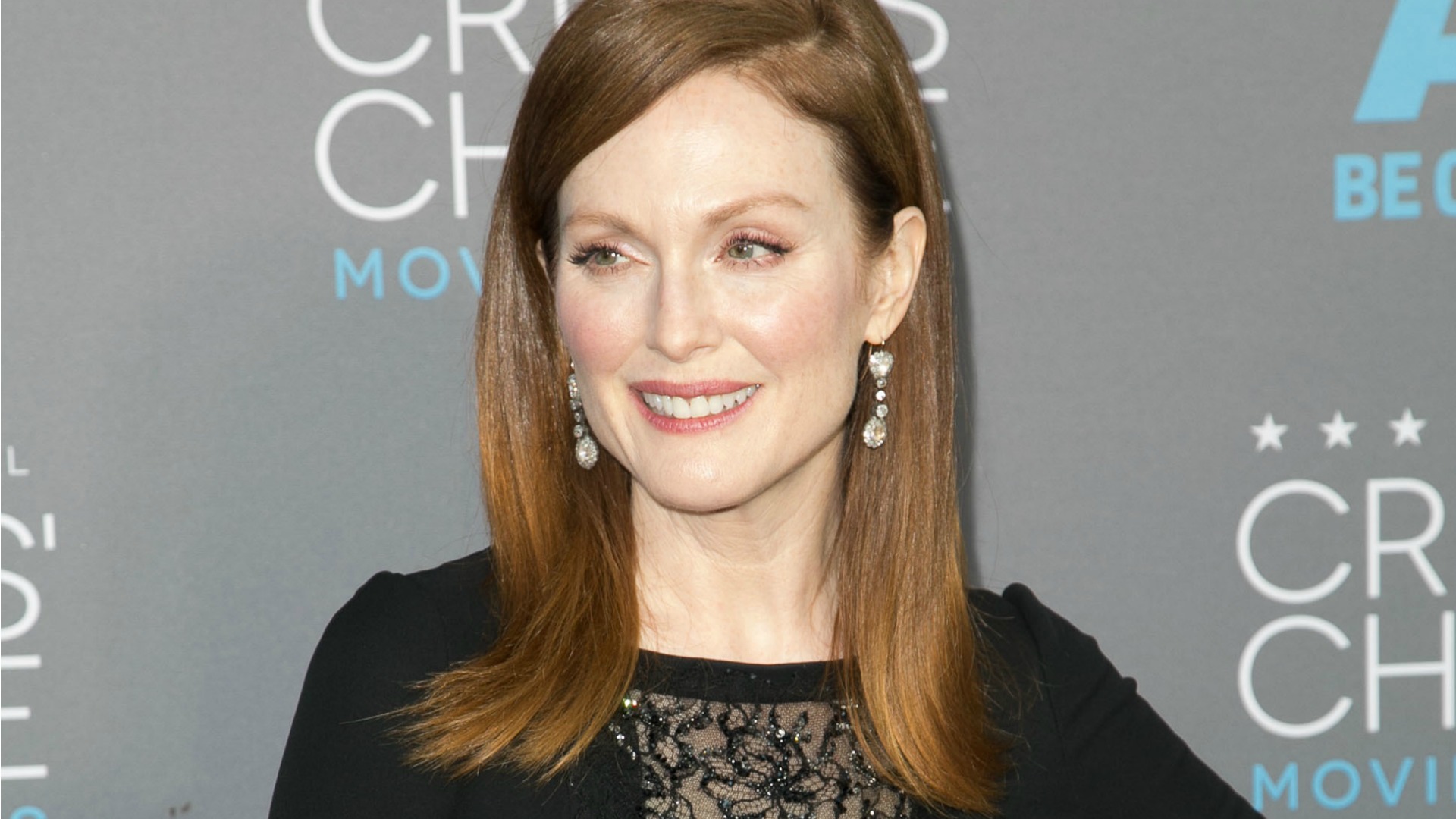 But even before Netflix and Hulu, Moore was able to keep her film portfolio diverse. And even she doesn’t know how she managed it.

Moore did say, “I mean, I think I have different interests and it was always important to me that I skip around. I love genre. I like being in different kinds of genres. Jeff [Bridges] was saying earlier that it’s always about trying to find the tone, you know, what’s the tone of something. And it always slightly differed from project to project, and that’s just part of what makes it interesting, you know, is changing it.”

But whether the landscape changes or not, we’ll always have a need for film.

“It’s important to remember that what we do is entertainment,” Moore was sure to add. “And entertainment, when you talk about these stories, sometimes they’re stories about how we live and who we love and what we desire. Then, other times, there are things where it’s to make people laugh.”