Apple CEO Tim Cook recently made a very public announcement about his sexual orientation during an essay for Bloomberg Businessweek, in which he revealed that he is gay, in a bid to raise awareness for human rights and equality.

“For years, I’ve been open with many people about my sexual orientation. Plenty of colleagues at Apple know I’m gay, and it doesn’t seem to make a difference in the way they treat me. Of course, I’ve had the good fortune to work at a company that loves creativity and innovation and knows it can only flourish when you embrace people’s differences. Not everyone is so lucky,” Cook wrote.

Cook revealed that while he never denied his sexuality, he never publicly acknowledged it, either.

“So let me be clear: I’m proud to be gay, and I consider being gay among the greatest gifts God has given me,” he continued.

“Being gay has given me a deeper understanding of what it means to be in the minority and provided a window into the challenges that people in other minority groups deal with every day. It’s made me more empathetic, which has led to a richer life.”

“It’s been tough and uncomfortable at times, but it has given me the confidence to be myself, to follow my own path, and to rise above adversity and bigotry. It’s also given me the skin of a rhinoceros, which comes in handy when you’re the CEO of Apple,” he added. 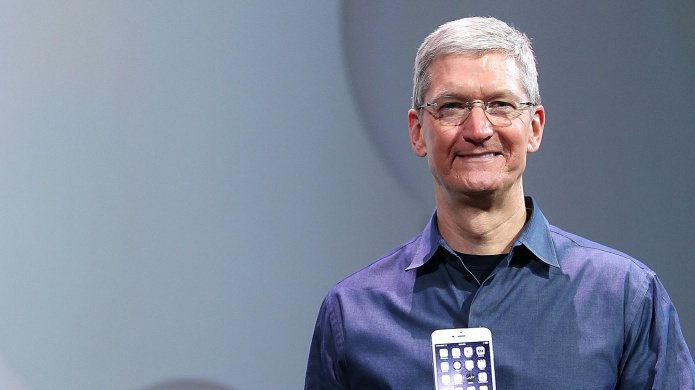 Cook is an advocate for LGBT rights, and his announcement comes just days after he challenged his home state of Alabama to better ensure the rights of the lesbian, gay, bisexual and transgender community.

“[Alabama is] still too slow on equality for the LGBT community,” he said, per the Associated Press. “Under the law, citizens of Alabama can still be fired based on their sexual orientation. We can’t change the past, but we can learn from it and we can create a different future.”

“So if hearing that the CEO of Apple is gay can help someone struggling to come to terms with who he or she is, or bring comfort to anyone who feels alone, or inspire people to insist on their equality, then it’s worth the trade-off with my own privacy,” Cook wrote.

According to the Daily Mail, Cook’s public declaration about his sexuality makes him the highest-profile business CEO to come out as gay.