The happy couple gushed that the baby weighed in at 8 pounds, 5 ounces and measured 19.5 inches long. According to Today, Guthrie said Vale, “has blue eyes, a little bit of blondish hair and the chubbiest cheeks you’ve ever seen.”

“I think we found heaven in this little hospital room in New York City,” Guthrie continued. 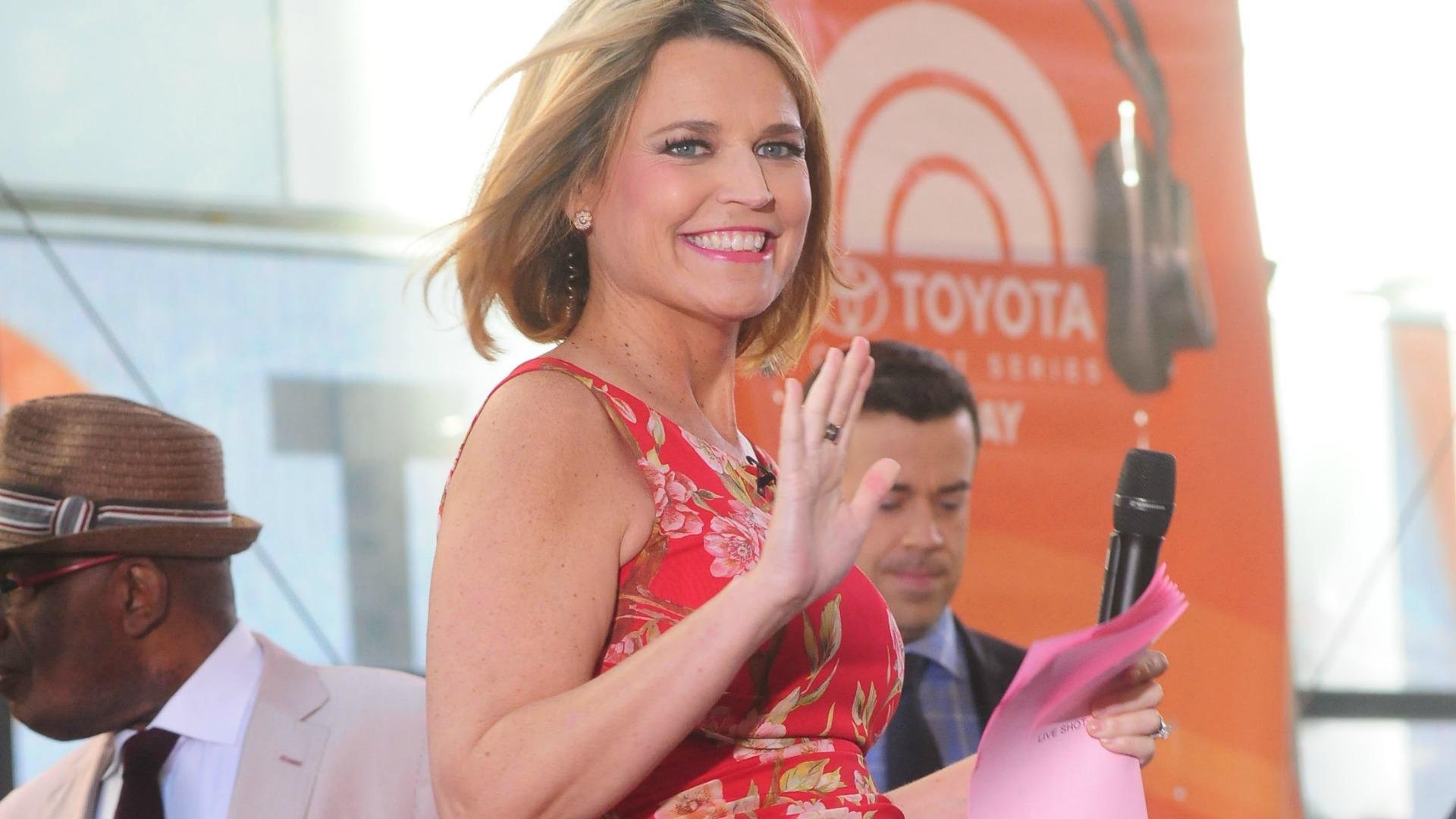 Today shared a few photos of the couple, including the two in the hospital room holding their brand-new bundle of joy shortly after delivery. The best photo, however, is of little Vale’s foot, covered in black ink as they stamp it for the records.

The Today Show host and her husband have already taken to Twitter as well to express their excitement.

Guthrie shared the news of the baby this morning on Today, saying, “We are bursting with joy.”

Guthrie, 42, announced her pregnancy on the Today Show, of course, during the March 17 program. Not only did she share that she was pregnant, but she also confirmed that she and her longtime partner, Feldman, had gotten married outside of Guthrie’s hometown of Tucson, Arizona.

“It’s funny, ’cause we set the wedding date, I bought my dress and then I found out,” she said. “So I’ve been doing a little praying that I would fit in it, and it all worked out.”

In April, Guthrie expressed how grateful she was to be a first-time expectant mom at the age of 42, saying, “I know how lucky I am. For a long time, I think I was afraid to even let myself think about how much I hoped to one day have a baby.”

Guthrie began her maternity leave on Aug. 11. No word yet on when she’s planning on returning to the show, but she will no doubt be taking her time to enjoy her little one. When a fan asked on Twitter if she would be back, Guthrie gave an enthusiastic, “Definitely!”