Gymnast Nastia Liukin is considered one of the best in her sport, but it looks like she’s already looking up to another athlete who has done the seemingly impossible. Kacy Catanzaro became the first woman to successfully complete the course on American Ninja Warrior, and Liukin is a big fan.

Nastia Liukin: Life after the Olympics >>

“Seeing Kacy complete the course was incredible,” she said. “Obviously, watching guys do it vs. girls — they make it seem so easy. Watching Kacy do it, she made it seem easy, but then I immediately put myself in her shoes and was like, ‘There is no way I could do that,’ and I think that obviously I relate to her, being a gymnast for so many years just like she was.”

For Liukin, it’s not just impressive that Catanzaro completed the course, but how she did it. “Everything she does she makes look easy, like we could get up there and do it in our little dresses,” Liukin said.

“She is incredible and an inspiration to so many people, including myself.” 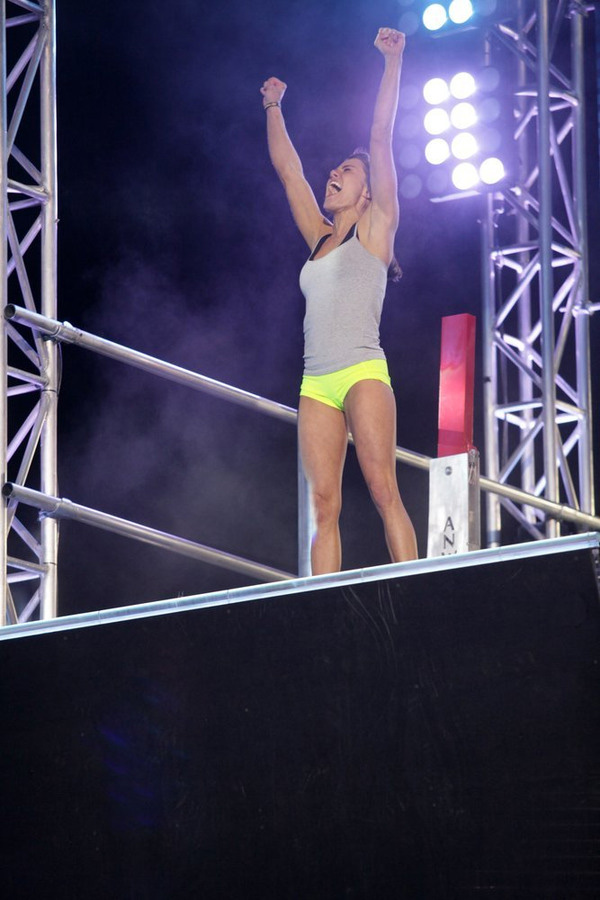 Liukin has competed in the Olympics and knows how to train for competition. But would she ever consider attempting the course herself?

Catanzaro said Liukin is one of her inspirations, as well, and she was watching videos of Liukin to prepare for her competition.

“I was obsessed with her,” Catanzaro recently told Esquire. “And I say ‘was,’ but really am obsessed with her. She’s just so amazing. Literally, before the finals, I was watching montages of her on my cell phone to get ready to go. That’s how much I just adore her. She’s definitely the No. 1 for me.”

Liukin seemed humbled by the comparison. “If I am able to inspire one person in this entire universe — it just makes me feel special,” she explained, adding that she is crossing her fingers for Catanzaro in the next round. “Now it’s a mental game. It’s like the Olympics, everyone is neck to neck — talent-wise and performance-wise and physical abilities — and now it is staying calm and staying on your game and taking it one step at a time.”