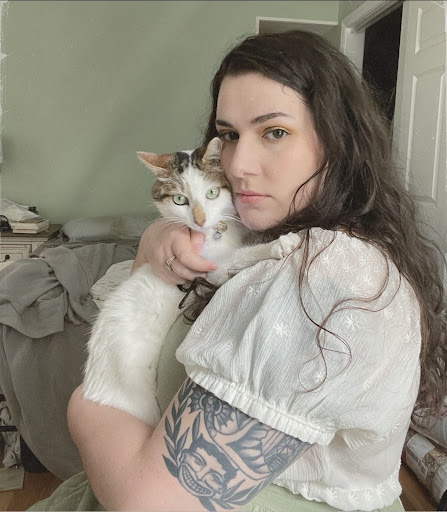 ADHD is a vastly misunderstood disorder, thanks to inaccurate and non-inclusive representation in the media. Many equate the disorder to hyperactive, mischievous young boys who get in trouble in school because they can’t sit still.

Related story How TikTok's Obsession with ADHD Made Me Seek Therapy

While some ADHD appears this way, it shows up in a wide variety of ways in different people. Girls and women are underdiagnosed because of these reinforced stereotypes, and adults with ADHD continue to suffer without help, believing that the disorder only affects children.

Undiagnosed ADHD can lead to a variety of serious issues, including depression, self-medicating leading to addiction, and failure to perform daily tasks leading to problems in school and at work. Even more frustrating: there are still people who deny that ADHD is a real disorder despite decades of neurological data.

I was diagnosed four years ago, at age 23, which shocked me, even though my brother had been diagnosed since early childhood. It changed my life. I realized that the depression and anxiety I had been treated for since my early teenage years were a result of the undiagnosed ADHD, causing me to feel alienated, dysfunctional, and misunderstood.

When I searched for representation of the disorder in TV shows and films, the few examples I could find were not addressing the real issues that impact neurodivergent people, including emotional dysregulation, executive dysfunction, and processing delays. With further research, I’ve discovered some exceptions that show the full spectrum of ADHD. The following characters from TV and movies wholly and accurately represent ADHD.

A version of this story was originally published in 2021.